Miguel Feria has been cycling for almost two years now. At first, he thought that he’ll just be doing it for fitness and leisure. When he bought a bike, he never thought of it as a mode of transport. 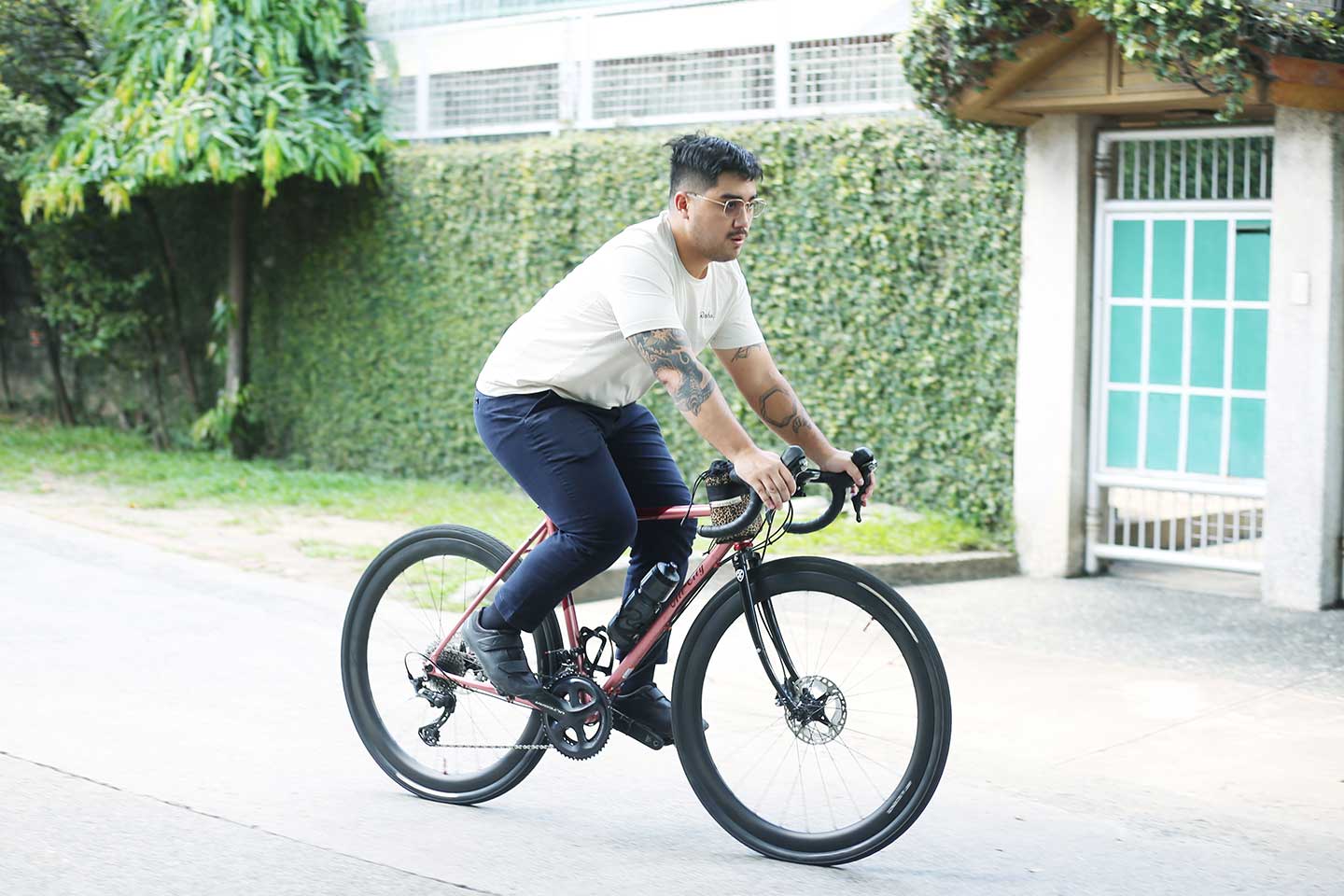 Bicycle trips are generally pleasant and fun, but there are times when things can get a little bit stressful and frustrating. Miguel Feria has interesting misadventures on a bike — while some of it can be pretty discouraging, these didn’t stop him from continuing to keep on cycling.

“I keep on biking because it’s still fun. It never stopped being fun even if it kept getting scarier,” Miguel said.

Perhaps one of the most memorable cycling experiences of Miguel was that time when he was coming down from Boso-Boso in Rizal and he slipped because of a car driver. According to the cyclist, the guy was intimidating him while they were on a downhill slope.

Prior to the cyclist’s fall, the driver almost hit Miguel after swerving to his lane without giving a signal. The biker tapped the car to inform the motorist of what he did. It’s something that apparently irked the motorist, which resulted in bullying.

Miguel sustained a long gash on his arm. His bicycle got bent too, which means he had to think of other ways to go back home so he could treat his wound. The driver stopped, as it should be, and checked on the injured cyclist.

“He’s just like, yeah, not denying any of what he did. And he said ‘ang init kasi ng ulo mo eh.’ That even made it worse, it made me angrier,” Miguel recalled. “A friend came and he had a first aid kit. I was able to close my wound for a while.”

“My friend was trying to calm me down. And then the driver stayed, to be fair. I didn’t know what his plans were and I asked him where he was headed. He’s going to Valle Verde, which is super close to where I live. My bike was bent up and I needed to get home right away because my arm was bleeding out… so hinatid niya ako pauwi.”

It was a jarring car ride, Miguel described. For almost an hour, everything was so quiet except the times when the driver was repeating the words, “ang init kasi ng ulo niyo, sir.” It was definitely annoying but Miguel composed himself and was still thankful for the trip. After everything that happened, Miguel did not pursue any formal complaints and just moved on.

“It’s a shitty story at first but when I think about it, I just chuckle,” the cyclist quipped. Indeed, these kinds of unfortunate incidents make the most exciting stories to tell.

What’s amusing about Miguel’s cycling experience is that his misfortunes on a bike started during his first bike ride in Metro Manila. In 2020, he got a 3,000-peso brand new mountain bike from a store near his condo unit.

For his inaugural trip, he went to Temple Drive from Pioneer with friends to have an afternoon coffee.

“It’s not too far but sobrang hirap na noon for me. On the way home, a bunch of stuff broke down,” be said. “My pedal came off. Yung natitira na lang ‘yung axle. The shifter and the front derailleur were broken.”

Since he realized that his mountain bike was not suitable for the kind of rides that he wanted — something that involves speed and long distances — he eventually looked for a Foxter gravel bike online. He almost got scammed but luckily managed to find a good unit.

That gravel bike took him to places: he’s been able to conquer the hills of Rizal, go around the uneven pavements of Metro Manila and even went as far as Laguna.

A ride with that bicycle that he’d not forget was the time when he did a solo century ride for Mobile in MNL’s Share the City Gran Fondo. He wanted to test himself if he could do a lone 100-kilometer trip and Miguel chose to bike to Pililia.

“That was fun, except for this one thing na nanakawan ako,” he said. “I just finished climbing up Cabrera road. I was there slowing down because I was tired from the climb, then I felt someone was hugging me.”

“It was two people on a motorcycle and there’s this one dude who grabbed me and pulled my stuff out of my jersey pocket. I didn’t fall and kinda caught myself. I tried to go really fast and catch them but obviously they were on a motorcycle.”

His jersey had three pockets: the first carried his phone, the other held his wallet and the third had a first aid kit. The thief was only able to snatch one item from Miguel.

“So he had to choose from three pockets. ‘Yung first aid kit ‘yung nakuha,” Miguel quipped with a big smile. “That was very early on the ride and I was considering not continuing but I’m already there and it’s not super critical.”

Miguel has been cycling for almost two years now. At first, he thought that he’ll just be doing it for fitness and leisure. When he bought a bike, he never thought of it as a mode of transport.

As a kid, he lived in Europe because his mom, who is currently the Philippine Ambassador to Portugal, is a diplomat. Miguel rode a bike abroad when he was young, in the nearby parks, but never thought of using one for transport.

When he moved to the Philippines, he chose to live where essentials are basically within walking distance from home. If he thinks that he’s going to a far place, Miguel drives. But now, he realized that he can actually use a bike to go around the city.

“I really thought that cycling was going to be fun but later on I realized that it’s a viable mode of transportation, that things are much closer than you really think,” he said. “One time, I had an errand in Cubao. It took me ten minutes to get there from Mandaluyong. It took me less than an hour to get there, do my errand and back. If I took a car, it would take me more.”

Despite all these misadventures, cycling has been typically awesome for Miguel. He’s got a beautiful All City Space Horse in Dusty Rose color and the cyclist continues to take on fun adventures.

When we asked him about his cycling goals, he told us that he wants to try cycling in other countries.