Meet the woman behind Mobile in MNL

“I realized that there’s a stigma around cyclists—like what cyclists are, who should and shouldn’t be biking. There was also a gender thing going on. People don’t know other cyclists, so if people would find out that people like you are biking, you’re more likely to try it out or be less biased against them.” 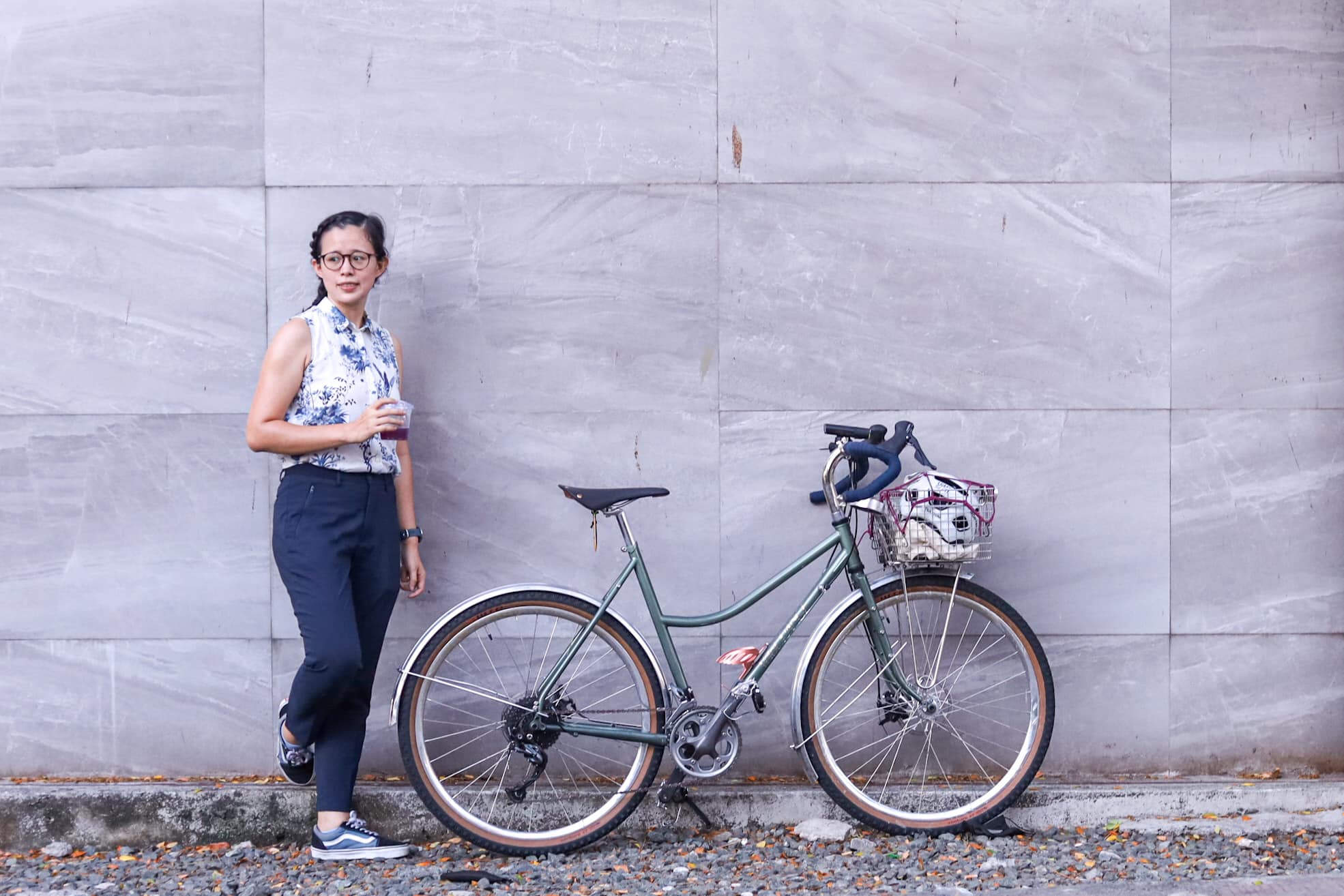 Inspiring people to move, one story at a time: meet the woman behind Mobile in MNL, a project that recognizes Filipinos who use active transport in Metro Manila.

When the government announced that public transportation will be halted as part of the lockdown in March 2020, Rowhe Siy immediately looked for a way to help move people. It was a terrible time for Philippine mobility and Filipinos definitely need every support that they can get.

She was then introduced to Keisha Mayuga, the initiator of Life Cycles PH. This is a project that helps essential workers to have bicycles that they can use for their commutes. Rowhe became heavily involved in this initiative.

“While everyone had a day job, I was doing Life Cycles PH. And that includes reading messages, and we were getting a few comments like ‘why are you giving bikes? It’s not the right thing to give, mapapagod lang sila (they’ll just get tired),’” she said. “To me, bikes make perfect sense because bikes get people to their doors, to their homes. Bikes were the most cost-efficient things to do things.”

Rowhe added, “I realized that there’s a stigma around cyclists—like what cyclists are, who should and shouldn’t be biking. There was also a gender thing going on. People don’t know other cyclists. So if people would find out that people like you are biking, you’re more likely to try it out or be less biased against them.”

She has observed that there are people who tend to look down on biking because they’ve seen numerous people from the lower class who are doing it. This lady believes that bicycles are inclusive and it’s for everyone regardless of who you are.

“I wanted to humanize and kaya sinasadya ko na sinasama ko ‘yung occupation,” she said. “I also take issue that just because the lower socioeconomic classes do it, doesn’t mean that it’s not a good idea.”

(I wanted to humanize and that’s why I intentionally write the occupation.)

And that’s why she started Mobile in MNL, uploading its first story on June 5 last year. Like her project’s tagline, she wanted to put “names and faces to the commuters who use active transport in Metro Manila.” As it celebrates its first anniversary today, a total of 156 people have shared their stories that inspired so many readers.

During our interview, Rowhe noted that many people have been cycling even before the bike lanes happened and she said that now that we are improving our bike infrastructure, many people are jumping into this culture. And that’s true, there are more people cycling from all genders, social classes and age.

When you say active transport, it is the kind of transport that doesn’t use motorized vehicles. It’s also not limited to cycling. Mobile in MNL also features commuters in electric kick scooters (EKS), skateboards and onewheels, among others. These are awesome machines that are sustainable, move people around the cityand save space.

Before cycling, Rowhe uses an EKS to go to work. And prior to using active transport, she commutes using the train, bus or Grab.

“There are lots of reasons for me not to look for other transport until December 2018. That month, I remember it was so hard to get anywhere,” she recalled. “The first time I took the MRT, it took me two hours to get to the platform. When I got to the platform, there was an announcement na tumirik ‘yung train sa Guadalupe.”

“That December, sobrang hirap mag-book ng Grab, I remember trying to book for three hours. Like from 8pm, nag-dinner na ako, 11pm, wala pa,” she said. “The longest Grab that I took was 400 pesos for a 4-kilometer ride and I spent two and a half hours on the road.”

That’s why her then boyfriend Anton, now her husband, gifted Rowhe a scooter for Christmas. She enjoyed going around with her EKS daily for one year, saying that it was fun and time saving. “My life changed,” she pointed out.

She started cycling in July 2020, a month after Mobile in MNL was born. Even if most of the people that she met told her that she should get a bike, Rhowe didn’t want to get a bicycle for the sake of just getting one. She wanted something that she’d really like. That happened to be a beautiful white Tern Rally, her first bike, that she saw in Bonifacio Global City displayed in one of its shops.

Mobile in MNL goes beyond telling stories. Rowhe started doing programs that help and inspire people to move without depending on cars. She did successful activities like helping newbies bike commute in the city and delivering donated goods to small community pantries in the metropolis through volunteer cyclists.

Currently, Mobile in MNL is organizing “Share the City Gran Fondo.” It will happen on June 12. It is a fundraiser that will give bike lights to cyclists who can’t afford one.

Through messages and a couple of encounters, we saw Rowhe’s genuine happiness whenever she learns that people get to be mobile in Manila, especially if it’s through active transport.

“I found from my own experience that being more mobile in the city gives you a chance to get to know the city a lot more. It gives you the agency to do more stuff on your own time,” she said. “A lot of women only started learning what it was to have that kind of independence when they got on a bike. It really empowers people. Aside from getting people from Point A to Point B, it’s also like “I can do this, what else can I do?’”