He never thought he’d be bike commuting in the Philippines

It’s a classic newbie budol story: he went on a relatively longer ride without the knowledge of how to shift gears. He added that he didn’t even know at that time what’s the difference between the big and small cranks. 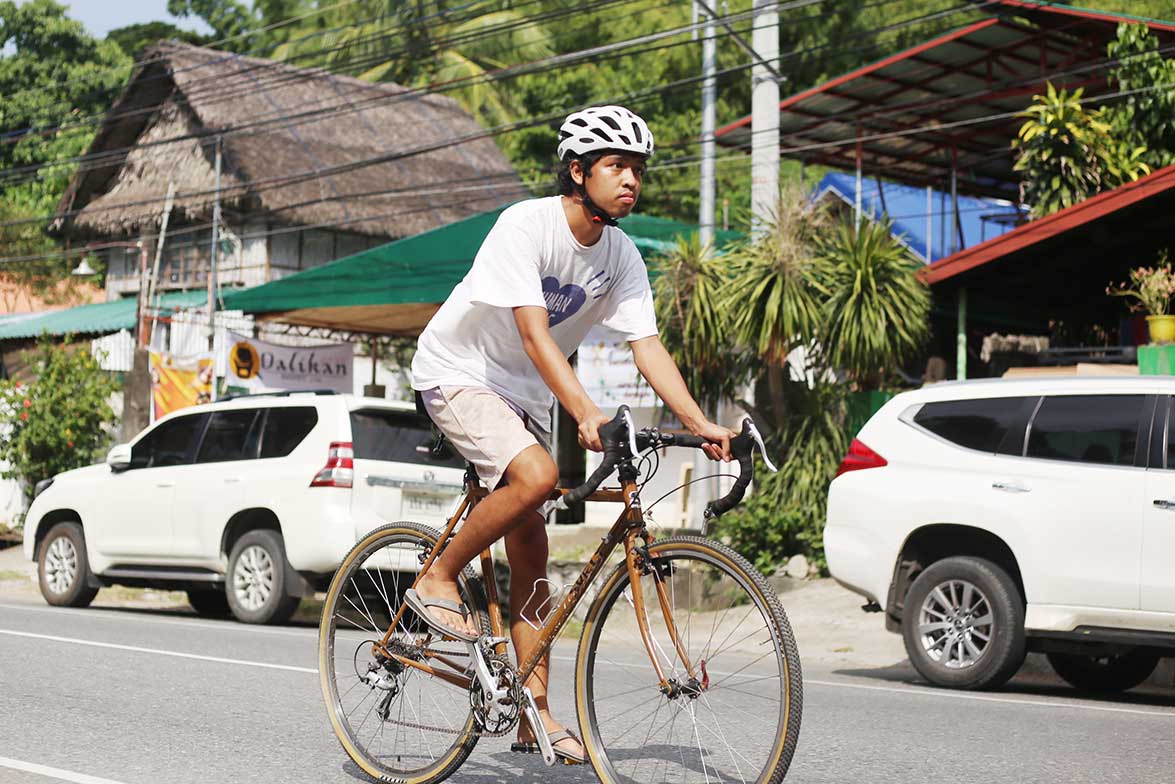 The Philippines doesn’t have the nicest sidewalks and bike-friendly roads — unless you live in privately-developed areas or select gated subdivisions. Perhaps this is the reason why others are afraid of cycling in the country, more particularly in Metro Manila. And Matt San Pedro used to be one of those people.

He added, “If I didn’t leave Manila, I wouldn’t even start biking.”

Matt learned how to ride a bike in the United States back when he was young. His uncle taught him how to balance and pedal in the suburbs where it is generally safer to cycle because they have wider sidewalks, cars are not speeding and there are dedicated spaces for bicycles.

Aside from that, there are trails where kids would enjoy more challenging rides. He visited his grandmother in the US every summer and he recalled that when he became a bit older, he would often use a bicycle going to the department stores or fast food restaurants. But whenever he’s here in the Philippines, he gets discouraged to bike because of the crazy traffic and the bad roads.

His dad knew that he was enjoying cycling in the States so he bought Matt a BMX that he only used in going around his street. He doesn’t count that as actual cycling in the country because it’s just near his house. Whenever he needed to go farther, he’d just rely on motorized vehicles.

Last year, Matt decided to move and base in La Union for work — he’s doing merchandising for El Union coffee shop located in San Juan town. There, he observed that it’s fairly easy to cycle. Before getting his own two-wheeled vehicle, he’s just walking to places or hitching a ride from a friend who has a car.

“I got my bike January with the intention of bike commuting here. The main reason for that is that I never felt safe biking in Manila so it never occurred to me na magiging mode of transportation ko siya doon,” he said. “Unlike dito sa La Union na mas madali. May one dedicated lane per side na hindi ino-occupy ng sasakyan, may nakapark every now and then pero maiiwasan mo naman.”

The urge of getting a bicycle was so sudden that he just realized it at the last minute, a day before going back to La Union after visiting his family in Manila. He looked at Facebook Marketplace, saw that there was a Surly Cross-Check on sale and asked the seller if they could meet. On that day, he bought the gravel bike.

His first bike ride in La Union was quite memorable too. He just finished his inaugural commute when a group of friends arrived in the province after cycling all the way from Manila. Matt, to welcome his guests, showed them around — of course, by biking.

It’s a classic newbie budol story: he went on a relatively longer ride without the knowledge of how to shift gears. He added that he didn’t even know at that time what’s the difference between the big and small cranks. “The whole time, pino-power through ko lang yung mga false flat,” he recalled.

After cycling for months now, Matt discovered the convenience and the fun that a bicycle could bring. He also realized that he can actually go far by pedaling. This biker mentioned that he’s able to go to places where people don’t usually go when they’re in a car and he gets to see more things.

“You can always go to places with a car but you’re not really there (in the place where you are), you’re always just passing through. Unlike with a bike, you get to observe the surroundings because you have to be hyper aware of what’s happening around you,” he said.

Aside from bike commuting, he sometimes goes on solo trips to clear his mind and think. There are no plans and destinations most of the time, he said, he’s just going forward.

From time to time, Matt goes back to Manila to visit family and friends. And we saw him recently cycling around the roads of the metropolis. Well, he actually did manage to bike in Marikina a few weeks before we met him for the interview.

He brought his bicycle to a bike shop for a bike spa and decided to go around Marikina, a relatively friendlier city to cyclists compared to other places in Metro Manila. He recalled that it was not as bad as he thought it would be though nothing compares with the ease of cycling in La Union.

“I just want to be more comfortable with my bike. Maybe a 100-km ride would be fun pero siguro bibili muna ako ng cycling shorts,” he quipped.