“There's fear. The important thing is you use fear to keep yourself mentally awake on the trail." 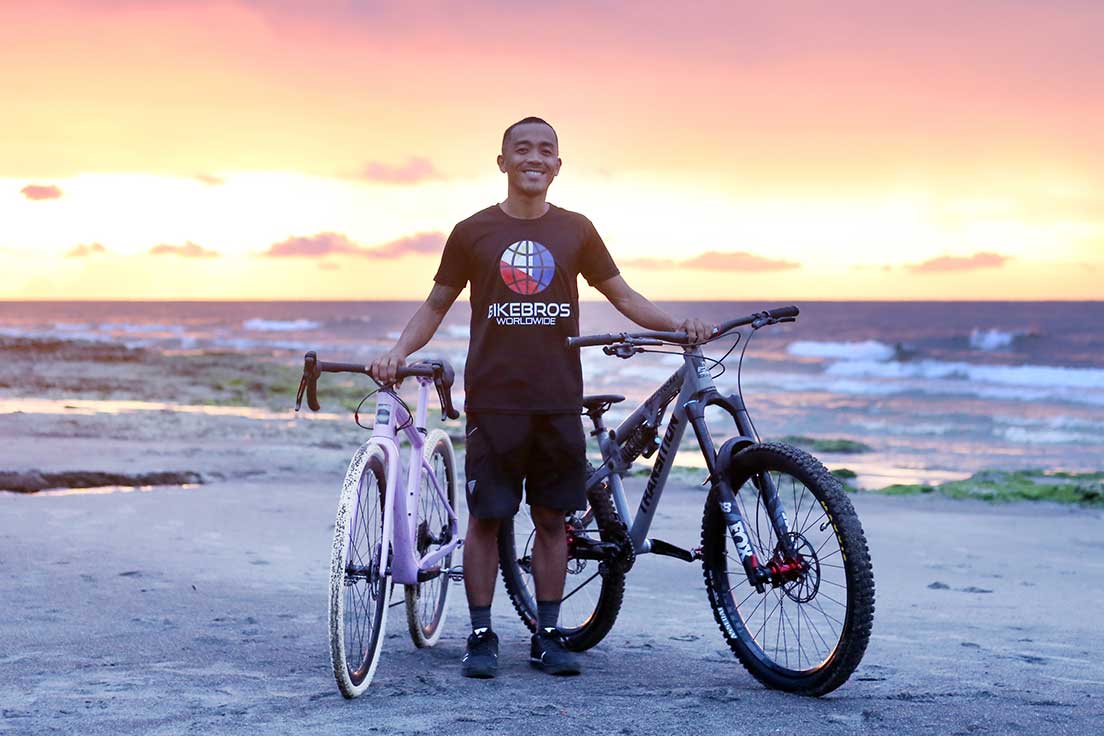 Surfing is Mark Mabanag’s first love, he would admit a few times during our interview at the lively Flotsam & Jetsam Hostel in La Union’s surftown. But during that week, the sea is flat so he’d go for his other favorite activity to get that adrenaline rush that he craves: biking downhill.

Before meeting us, he came from Bacnotan’s Guinabang Trail (or Honey trail, as locals would call it). That day was one of his memorable rides, he told us, because he managed to finish the whole stretch from start to end without stopping —conquering the rocky sections, the jumps and tabletops, among others.

He’s been surfing for a long time now and Mark told us that it was through this sport that he got introduced to Enduro and downhill biking. When he was still a newbie surfer, he became friends with two people who are into this kind of cycling.

Whenever they go to Baler, the two would bring their bikes and Mark would try it on the trails of Aurora. Later on, when he decided to reside in that province, he bought his own mountain bike and would just bike around and do downhill rides during his free time.

Back when he was younger, Mark told us that he’s already into bicycles that leaned towards the more adventurous side of cycling. He used to like riding a BMX where he’d do tricks and crazy jumps. Even as a teen, he’s already up for the thrill.

Mark bike commuted when he was still living in Metro Manila. He resided in Makati and would cycle to Taft for work. He remembered riding a 3-speed Japanese bike that saved him time and money because traffic was becoming crazy in the metropolis. Instead of getting a cab, he’d just pedal. “It’s cost effective, time efficient and kumbaga tumutulong ka rin kasi wala kang carbon footprint eh,” he said.

And then he moved to places where surfing can be easily accessible. He owns a design studio which afforded him to work remotely and be out of the big city.

Is Enduro scary? This is the question asked by many beginners who are curious about the extreme downhill trails. For Mark, it really is but he’s thankful that surfing taught him how to manage fear.

When he started living in La Union, he remembered biking solo to find paths that are suitable for downhill rides. Eventually, he met locals who welcomed him to their community.

The group is also promoting La Union as one of the top cycling destinations in the Philippines. Aside from that, they are creating better trails that adhere to international standards to encourage more people to try the sport and that many would visit the province.

If Mark is not on the trails or on his surfboard, he’s probably road cycling around the beautiful province. He said that he’s biking the smooth pavements of the province as his cardio workout as a way to improve his stamina.

In terms of cycling, he wants to finish an Audax someday. And as for the trails, he wants to complete the Aqua 10 trail in one go, one of the most technical and difficult courses in La Union.