Mang Polin is almost 80 and admits that his joints can sometimes make his movements more difficult. Nevertheless, he’s still doing well, willing to work and ride a bike. 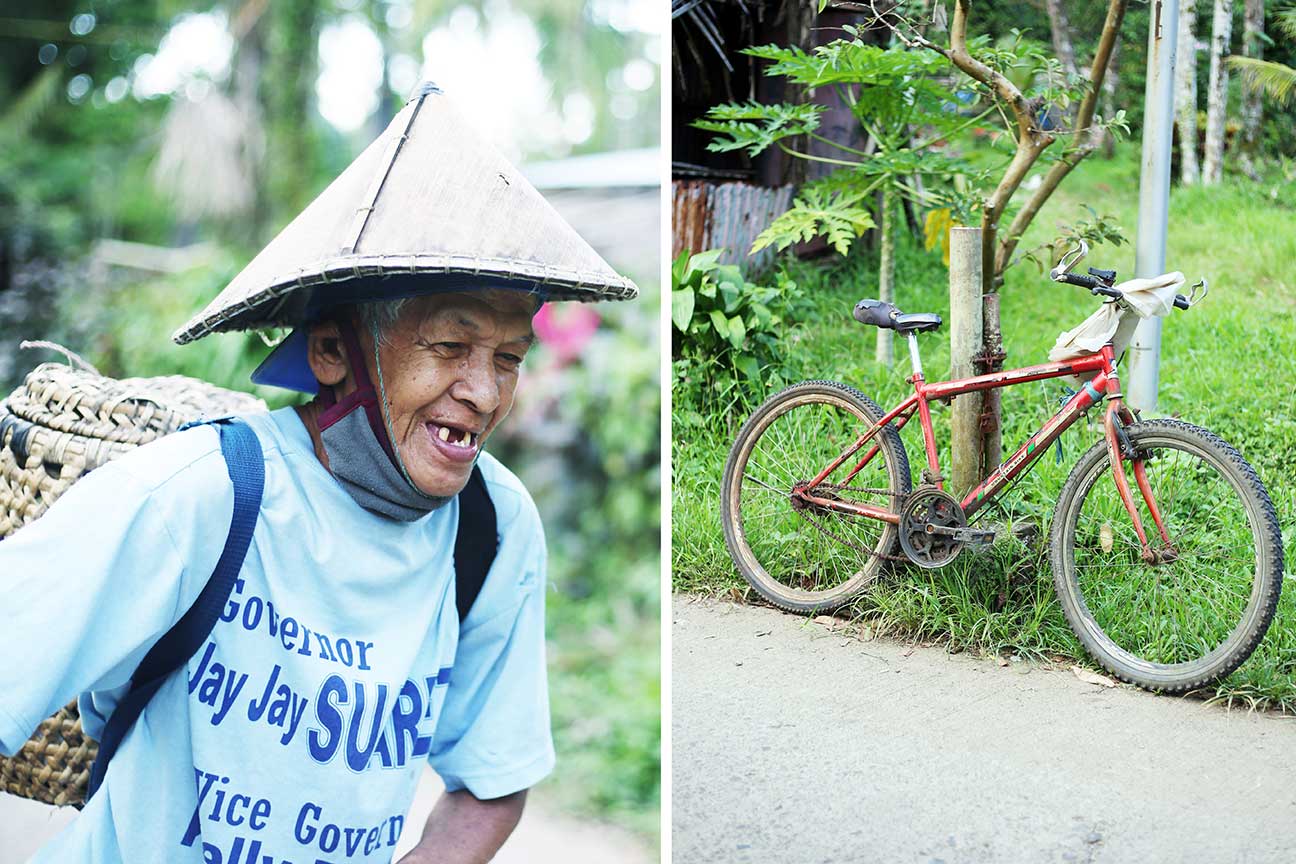 Apolinario Nombrefia, fondly known as Mang Polin, pushes his single-speed bike along an uphill road in Lucban, Quezon Province. We randomly met him last Black Saturday, late in the afternoon, when he was on his way home coming from a day’s work on his farm.

His bicycle is in pretty bad shape, with issues like having a worn-out saddle, wiggly chain and faulty brakes. But the old man confidently rides it, except on slopes.

Apparently, he got into an accident a few months ago that resulted in a chipped tooth and bruises on his body. It was a rainy afternoon and he slipped.

Despite the poor condition of his single-speed, the 79-year-old farmer rides it like it doesn’t have problems. He said that it works fine, even though it’s difficult to brake. He literally stops using his feet, putting pressure on the front tire using the rubber of his slippers.

First Bike Ride offered a replacement for his bicycle, something that’s a lot safer and would give a better performance. Mang Polin turned our offer down many times, saying that he’s too shy to accept it.

But more than being uncomfortable in accepting our gift, we realized that his rejection comes from the reason that he doesn’t need another bike. Despite its condition, he’s already satisfied with his current ride because it still serves its purpose of transporting him from his house to the farm daily.

In fact, this cyclist doesn’t even want the bicycle to be maintained or adjusted. After riding it for years, his body has become accustomed to the bike — it’s as if everything is perfectly fit when he’s using it.

He told us that his relatives also attempted to replace his deteriorating vehicle but he told them that it’s not necessary. Apparently, someone wants to give him a motorcycle too. For Mang Polin, his bike is still good.

This farmer travels almost 8 kilometers from his house in Lucban’s center to his farm, where he spends half of it pedaling and the other half pushing his bicycle. There’s almost no rest day for Mang Polin. He’s seen by his neighbors going to work everyday, even on holidays.

Mang Polin owns a coconut farm. Since he’s already old, he can’t do the activities that require the more laborious tasks like lifting heavy equipment. He hires other people to help him.

He’s almost 80 and admits that his joints can sometimes make his movements more difficult. Nevertheless, he’s still doing well, willing to work and ride a bike. Everyone loves him — his charming smile and interesting stories fascinates the people around Mang Polin.