Mark Lacsamana admitted that he was never an athletic person, he said this while laughing because he was wearing a cycling jersey and shoes with cleats. Biking, though he’s still relatively new to this, was the first sport that he loved. 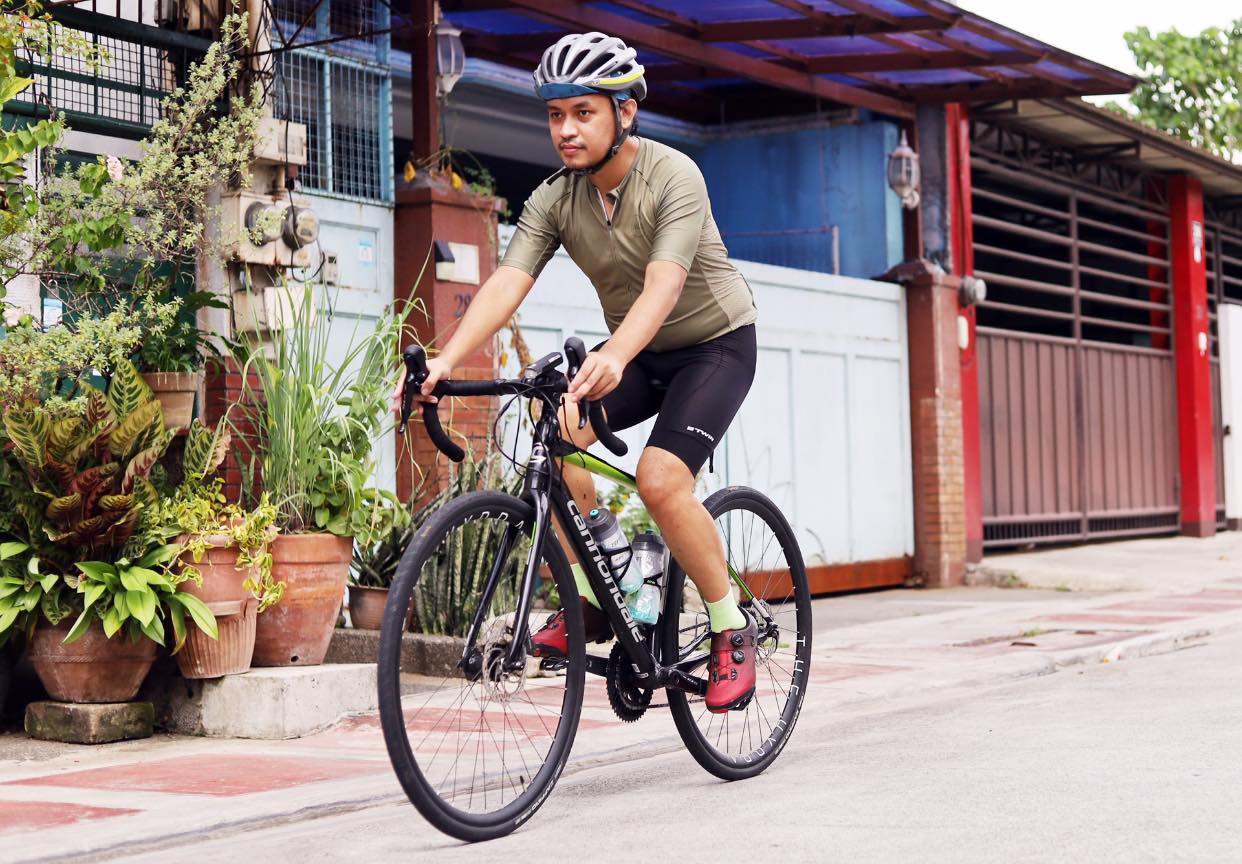 This LGBTQ and cycling advocate only learned how to ride a bike last year. For the longest time, he resisted the idea of cycling because of the trauma brought to him by a homophobic cyclist.

Mark Lacsamana admitted that he was never an athletic person, he said this while laughing because he was wearing a cycling jersey and shoes with cleats. Biking, though he’s still relatively new to this, was the first sport that he loved.

And believe it or not, it was only last year that he learned how to ride a bike. He had a bicycle when he was young but the training wheels were never removed. With that, he eventually just abandoned the idea of cycling.

As an adult, he could have managed to get back on the saddle and learn years ago. After all, his friends are into cycling and he can easily ask for help. But a dude back in his undergraduate days, who’s close to his circle, made him not want to bike.

“Noong college, there was a guy, a very big sport cyclist person, who was very homophobic to me na sobrang ina-avoid ko. It took me a while to ride a bike or at least to learn kasi nakaka-traumatize siya,” he said. “Iniisip ko every time in my head na what would I do if katabi ko siya on a long ride? Do I say hi? Will he be nice to me?”

He added, “He was very mean, he did so many things that made me feel unsafe. It took me a while to re-acclimate with the trauma.”

And that took him around ten years. It was only during this community quarantine that Mark realized that he’s ready to bike. His reason? It was love. He wanted to go to his boyfriend who lived on the other end of Quezon City and cycling would be the most practical way for them to meet this pandemic.

Once he started riding his bike, his advocacy for cycling intensified. However, even before cycling, his advocate friends have managed to introduce him to the plights of cyclists.

Back then, he was also pushing for better mobility and the defiance against car-centrism in the Philippines. He recalled that there were instances where establishments would expect him to have a driver’s license and that it was ridiculous that it seems hard to live in the city if you don’t have a car.

Aside from being a cycling advocate, Mark also fights for the rights of the LGBTQ community.

“I’ve had so many instances that I felt so othered, especially in my career in the Tech industry where it is male-dominated,” he said. “I’m advocating because I want things to be better.”

He mentioned equality, that they can have tax incentives if same sex couples get to marry each other. It also goes with having the rights that are enjoyed by married couples in terms of hospitalization and other legal matters. He also brought up fair treatment in the workplace and society.

As an advocate, he compared his battles for the LGBTQ and cycling. He said that it’s somehow similar.

“I pay the same taxes pero bakit ito lang ang nabibigay para sa akin? Getting on a bike makes you feel the same way as someone as marginalized as we are. It’s almost the same thing,” he said.

He continued, “You have eight lanes for a car pero dito lang ang bisikleta sa gilid. That’s essentially how we feel everyday. Siguro the only difference is that a cyclist can step off the bike and get a different transport. Unlike sa amin (LGBTQ+), you cannot get out.”

This cyclist told us that there was a struggle when he was learning to ride a bike. While others easily get to balance in just a few hours, it took him days. It’s not easy, really. And the battles that Mark has been fighting are no walk in the park too, but he’s doing a great job for his communities.

The bicycle that he uses is a black Cannondale that he named after Sylvia Rivera, a trans Latinx civil rights activist who tirelessly fought against LGBTQ discrimination. She was one of the leaders during the 1969 Stonewall riots in New York, an event that ignited the international gay rights movement.

“I ended up naming my bike after her because she lived on the streets and she’s essentially the forgotten mother of this movement. I totally respect and love that power. The most oppressed in our society are often forgotten,” he said. “Usually those who use active transport are oppressed in society. I draw strength from that. Whenever I ride Silvia, it just feels so good that I feel like I’m riding on that power.”