Levi and Sara enjoy cycling so much, especially long rides, even though they admit that there are people who express doubts about how they ride their bikes. But they like to be themselves and do their trips according to what they want—just like how they roll in other aspects of life, they don’t conform. 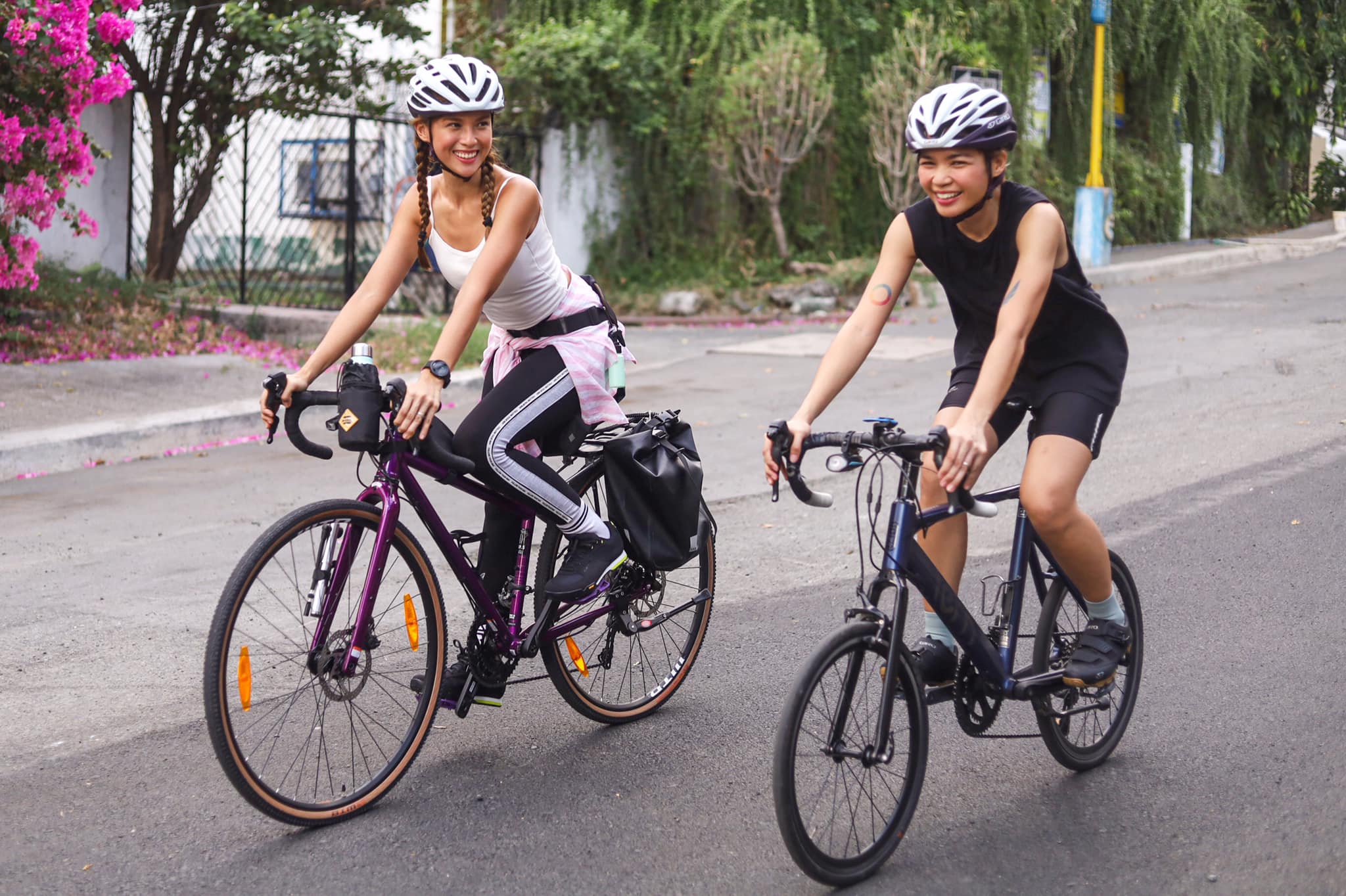 Breaking barriers: this cycling couple shakes norms as they bike hundreds of kilometers to beautiful destinations.

It was their trip in Osaka four years ago when Levi Reyes and Sara De Guzman got the idea of bike commuting in the Philippines. Their Airbnb had free bicycles, those heavy city bikes that you see in Japanese media, that they used and enjoyed as they wandered around since bus and train tickets were quite expensive.

Sara was initially hesitant with the idea because they had so many scooters—around seven, if they recall it correctly—because some are meant for city rides, trails and for doing tricks, among others. Getting a bicycle would be another expense. So Levi sold some of her rides and bought folding bikes for the two of them.

Biking in Osaka was way easier compared to cycling in Makati, the city where they used to live and work. They recalled that the roads were bumpy and only a few motorists respected cyclists, not to mention that bike infrastructure (bike lanes and secured parking) was lacking before.

The couple managed and they eventually started joining rides with different cycling groups. They remember getting surprised during their first trip outside their area.

Levi and Sara enjoy cycling so much, especially long rides, even though they admit that there are people who express doubts about how they ride their bikes. But they like to be themselves and do their trips according to what they want—just like how they roll in other aspects of life, they don’t conform.

Oh no. To those who judge these two, wait and be surprised until you see them climb an uphill road with ease, fun and grace.

Eventually, they embarked on longer rides and one of the unforgettable trips was going to Calamba with Tiklop Society of the Philippines in 2018. It was their first 100-kilometer ride.

These out-of-town trips prompted the duo to try completing their own long rides as a couple. In 2018, Levi was supposed to have her solo double century Manila-Clark spin. But Sara, who was worried about her, took the courage to join.

It was their first and longest ride together as a couple. They were not that prepared, it rained so much, Levi’s tires got flat four times and Sara got injured because she still didn’t know how gearing works, among others. In short, it was a crazy experience.

The Manila-Clark trip taught them so much that they became prepared in their subsequent adventures. Some of the places that they’ve biked are Talim Island, Tagaytay, Rizal and Sierra Madre.

This cycling couple also started vlogging too and we really like their work. Their videos in their channel called Levi and Sara cycle are not your typical bike vlogs – they bike to awesome destinations, it’s not pretentious and their discoveries are something that we’d like to try too!

Our favorite is when they biked to The Farm At San Benito in Lipa, Batangas from Metro Manila. Apparently, it’s the couple’s most memorable trip too because it’s their 10th anniversary trip.

Levi and Sara told us that they are happy because their vlogs, which was originally intended to just record their memories, get to inspire more people to ride their bikes and they get to connect with others. The comments and reception of their growing audience are fuel to make them continue sharing their experiences to the world, the couple said.