The Lapids: Introducing the world to one-year-old son through cycling

Tina and Frank are concerned about one-year-old Franco growing up during this pandemic in the confines of their house. They're cycling to introduce him to the world. 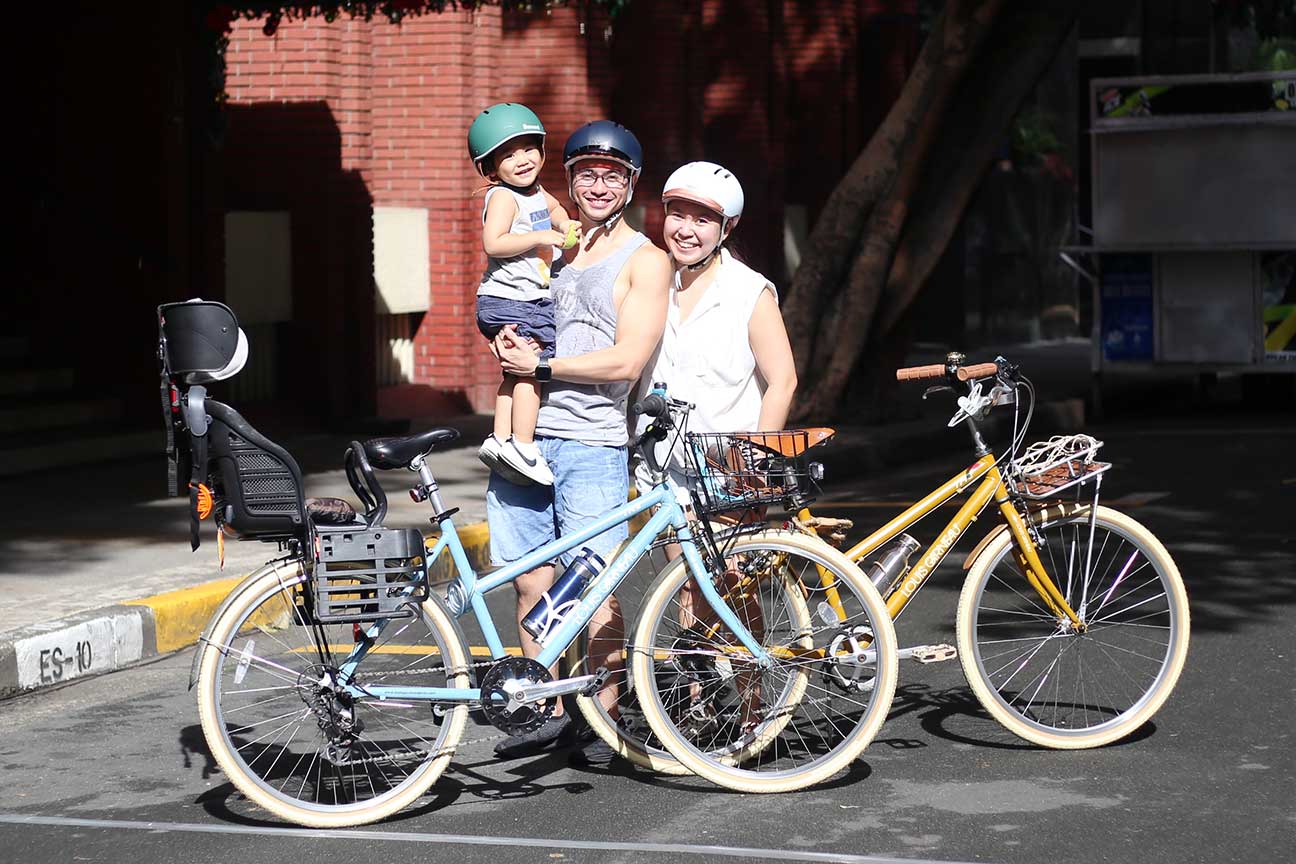 In 2020, Tina and Frank Lapid were so excited because they’ll finally go on a trip again after giving birth to their son Franco. They were supposed to be in Japan to celebrate their child’s first birthday. The travel plans were already set, their visas already secured. But the pandemic cancelled everything.

You see, the couple loves to travel. Even before Franco came to their lives, Tina and Frank were already living an active lifestyle and they would regularly go on trips. Back when they were pregnant, they’d still do adventures abroad.

“We travel a lot. That’s our plan when we had Franco, na dadalhin namin siya sa mga travels namin. And then pandemic happened,” Tina said.

The couple stopped touring when Franco was born in July 2019. They settled in Metro Manila taking care of the newborn. And when the lockdown was imposed, it seemed impossible to travel anytime soon.

Basically, Franco is growing up during a pandemic where his interactions with the world are very limited. He has enjoyed the first nine months of his life in a mask-less world where people can easily mingle with him. And now, he’s nearly two years old and he’s been spending most of his time within the four walls of their house, something that concerned the parents.

“He’s growing up and ayaw ko naman na he’s just confined in his playroom at sa bahay. And he doesn’t have small cousins at home so it’s just us that he sees,” Tina said. “Ang concern ko sa kaniya is ‘yung development ng social skills niya, so I really have to get him out.”

She added, “So I thought of something to get him out na hindi naka-kotse. He had a small bike and we saw that he really likes it.”

That’s when Tina decided to get a child seat for bicycles. Initially, they were using folding bikes and they would take Franco on short cycling trips around their neighborhood in Poblacion, Makati. Frank would ride the bike with Franco.

Frank admitted that cycling with a child on a folding bike feels quite heavy. It’s more difficult when he’s carrying Franco with some groceries loaded in front of his vehicle. To solve this problem, Tina thought of buying a new ride — a blue Louis Garneau urban bicycle — so it would be easier for the dad to cycle with his son.

Interestingly, Tina managed to score another Louis Garneau urban bike online. It’s a yellow one, a perfect piece to pair with the blue bike of her husband. She also bought a new child seat that has a head rest.

Since biking for around seven months now, the Lapids have been more confident in exploring Metro Manila outside their neighborhood. They said that bike lanes are a big help when cycling with a kid.

“When we started biking with Franco, ingat talaga. Kasi you would think about him rather than yourself,” Frank said. “Yes, he has all the safety gears but at the end of the day, it really depends kung sino nagma-maneuver ng bike and the people around you. So as much as possible, defensive ka talaga.”

He added, “Ang problema kasi na there are some streets na walang bike lanes so you really have to be careful when passing by. You’ll never know kasi baka masabit ka at kasama mo ‘yung anak mo. Ako, I just stay on the safe side.”

What’s their most unforgettable adventure so far? It’s a 14-kilometer trip around Makati, Taguig and Mandaluyong. They were cycling with their family. The group, with the child on Frank’s bike, even traversed EDSA.

The mother confessed that she got worried because Franco was asleep when they were cycling along EDSA. However, the dad was confident that their child was doing well and everything was under control. After all, the baby is always calm and behaved when he’s on bike rides — actually, even on other vehicles like inside a car or a plane.

The Lapids have already made a trip as a family, they went to Amanpulo and Mt. Batulao last year. And we believe that they look forward to more travels. As restrictions become more rigid again this time, their movement becomes limited too. However, at least they still get to do little adventures with their bicycles.