Rising up: How Budz Badua of Kombi Brew survived rock bottom through cycling

She’s really thankful to the cycling community because without it, Kombi Brew could probably not become a hit. She has managed to build a community around this Volkswagen. 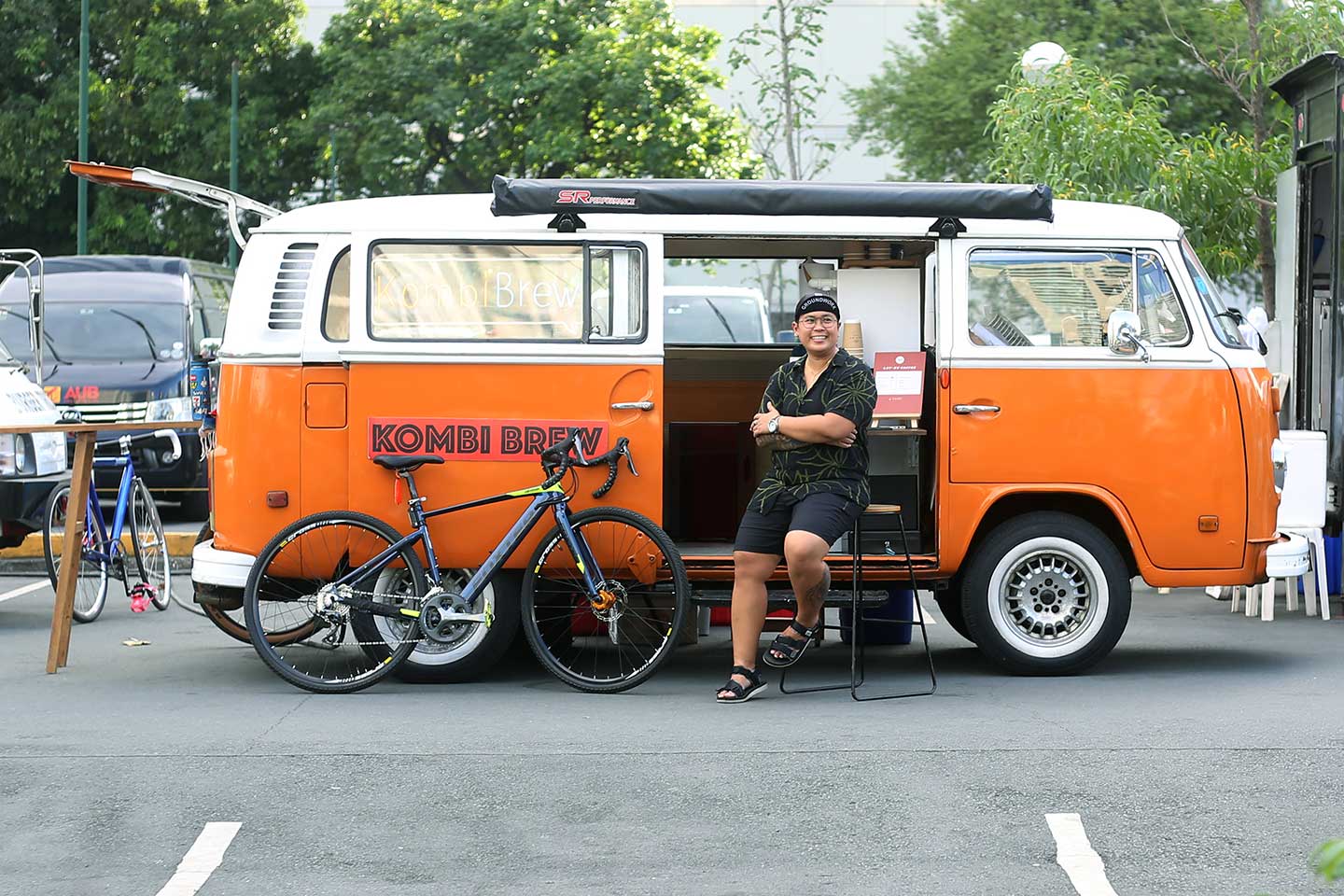 With a good number of shoots lined up for the coming months, wedding photographer Budz Badua was confident that she will be doing well in 2020. But when the pandemic halted everything down, she found herself hitting rock bottom.

Aside from wedding photography, this breadwinner also gets her source of income when individuals and events rent her Multivan Kombi — she converts her vehicle as a cafe named “Kombi Brew” or a novelty piece for pictorials called “Kombi the Bus.” All of these ventures were shut down too during the early months of the community quarantine.

There was panic. How can she help her family survive during the pandemic? Luckily, a friend offered her a job: she needs to assist medical frontliners in conducting antigen blood tests to essential workers in Batangas. It was in May 2020 when almost everyone was still afraid of close interactions with other people.

But she had to take this opportunity. The salary was appealing and she had to risk it even though she’s really scared. With the use of her trustworthy single-speed, she bikes to the meeting place where she’ll be picked up by another vehicle that would transport her to Batangas.

Budz has managed to save money from this side hustle. She bought a gravel bike because her fixed gear got broken. She also got capital and started bottling her coffee. Whenever she scored orders, she’d deliver them using the new bicycle.

The cyclist was encouraged to open Kombi Brew to the public by friends she met in coffee rides. From being exclusive to private events, her orange mini bus and cafe finally welcomed random guests in July 2021. It was initially parked in front of her house in Mandaluyong.

According to Budz, Kombi Brew’s first customers were cyclists. They were her peers from the photography industry. Eventually, news was spread and more bikers came to visit her shop.

Now, Kombri Brew is very busy and its monthly schedules are always almost fully booked. It has been in places like Intramuros, San Juan, Quezon City and in Greendfield. Budz, who used to mainly do wedding photography gigs pre-pandemic, has shifted her focus in managing the cafe.

She’s really thankful to the cycling community because without it, Kombi Brew could probably not become a hit. She has managed to build a community around this Volkswagen.

Even though motorized vehicles intimidate people on bicycles and they can pose a threat on the road, Kombi Brew is perhaps one of the most-loved cars of cyclists.

Well, the cycling community really loves the vibes around Kombi Brew. Aside from its delicious drinks, Budz has managed to forge genuine friendships among her customers which resulted in more people coming back to her business.

There were plans of Budz relocating to Siargao, bringing Kombi Brew to the island in the south. However, this idea was put on hold because the typhoon devastated Surigao late last year and it was followed by a surge of Covid-19 cases.