JP finished the challenging ride with a friend and they were able to bike 206 kilometers. They’ve also planted seedlings to reforest five hectares of land in Taba-ao, Kapangan in Benguet. 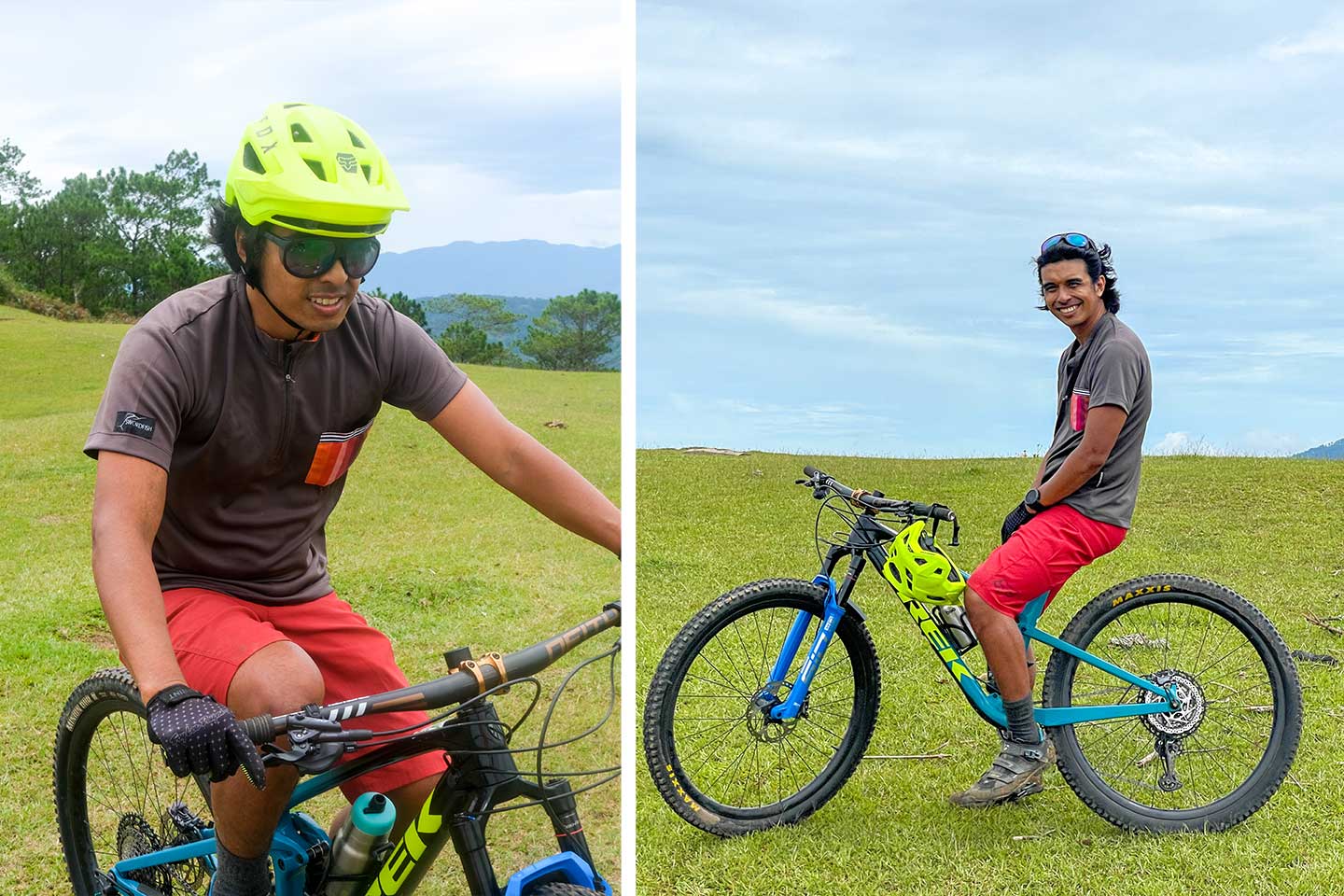 “Can we bike around Benguet for 24 hours?”

This was the crazy question brought up by National Geographic Explorer JP Alipio and his cycling buddies to themselves in 2008. They’ve been regularly biking around Cordillera that time — bike commuting, touring and traveling beautiful but tough routes — and they wanted to challenge themselves more.

“There’s the loop of Benguet but that time, it was all dirt road. Sabi namin, ‘sige subukan natin, let’s train for it. Gawin nating 24 hours around Benguet and let’s see how far it gets.’ But it came to a point na we thought na baka naman mawalan kami ng motivation,” he said. “We need to have a motivation to bike that far, baka kasi kapag pagod na kami ay huminto na lang kami anywhere. So we asked for seedlings donations.”

With that concept, Padyak Para sa Binhi ng Kordi was born. JP and his friends announced that they’re doing a cycling challenge and a fundraiser for the reforestation of denuded areas of Cordillera. The group asked for pledges for every kilometer that they’ll cover in that 24-hour bike ride.

This became the driving force for JP and his companions to commit in finishing the challenge. To their surprise, the fundraiser clicked. A lot of individuals were sharing it and they were featured in the media. Many people donated, JP recalled.

“Padyak Para sa Binhi ng Kordi is probably the most memorable and the bike ride that probably changed my life. It really changed the way I was able to work because it opened doors for us,” JP said. “Because of that bike ride, it allowed me to do what I wanted to do. That’s the pivot.”

JP finished the challenging ride with a friend (one cyclist joined them in some parts of it) and they were able to bike 206 kilometers. They’ve also planted seedlings to reforest five hectares of land in Taba-ao, Kapangan in Benguet.

That bike ride for a cause was repeated and eventually, through non-stock, non-profit organization Cordillera Conservation Trust, it grew.

It’s now known as The Cordillera Challenge, a marathon for MTBs that’s participated by hundreds of cyclists to raise awareness about the condition of the Cordillera mountains. It became an annual event, however, it’s currently on a break because of the pandemic. JP said that it’ll soon make a comeback now that restrictions are getting eased.

Aside from The Cordillera Challenge, JP was able to extend this endeavor to a trail running race called The Cordillera Mountain Ultra. These events, which are popular to Filipino and international adventurers, did not only highlight environmental advocacies but also managed to boost other sustainable livelihoods among locals.

“Na-realize namin na when we do our mountain bike rides, ang laki niyang economic boost for the rural villages. We’re doing the ride and we’re helping these villages earn from what we call ‘the adventure economy,’” JP said.

“We trained people from the villages to make homestays, we taught them how to cook, do marketing strategies and to balance the books, among other things. We do the event there, they’ll have customers. It’s an immediate boost and you create entrepreneurs from these people.”

Like many others, JP recalled that he started biking when he was a kid and his father taught him how to ride a bicycle. His early memory of using a bike was cycling around their backyard in La Trinidad and hitting a gate because he lost control while learning how to balance.

When he was studying in Baguio, he would borrow a bicycle from his relatives and would bike around Benguet and compete in bicycle races. This adventurer finally got his own two-wheeled vehicle, a Canondale F300 MTB, after getting his first paycheck.

He added, “Iba rin kasi ang biking. While touring on a bike, mas mabagal compared to cars that really speed up. Sa bike, you can stop anywhere and you can see the landscape more. Mas na-appreciate mo ang mga lugar, especially noon na it was all dirt road. Mahirap siya pero it was an adventure, going all over the Cordillera on a mountain bike.”

This cyclist is not just using a bicycle for adventure and sports. JP is also bike commuting, recognizing its benefits to the city and to the environment. Back when he was still working in Metro Manila years ago, he brought his uncle’s bicycle from Baguio so he could use it for his daily trips to the office.

JP, who is currently based in Cordillera, still uses a bike for his commutes. Interestingly, during his last visit to Metro Manila, he borrowed a bicycle from a friend and used it to go around the metropolis. He mentioned that he was able to attend multiple meetings, covering 60 kilometers in two days — something that’s probably impossible or difficult to accomplish if he used a car.

Before we ended our conversation, we asked JP about his cycling goals.

“After 20 years of biking, I just want to enjoy. Now, I like the more technical routes and I like riding in the forest. Gumagana kasi ‘yung utak ko because you need to learn how to ride it,” he said. “What I’d like to do is maybe bikepack around Central Asia. There’s also a race that I want to do, it’s the BC Bike Race in British Columbia, Canada.”