Joao Altavas: on living in the province and getting back into cycling

“Noong first bike ride ko dito, na-feel ko na this is what I want to do. And it hits the spot. I am where I want to be.” 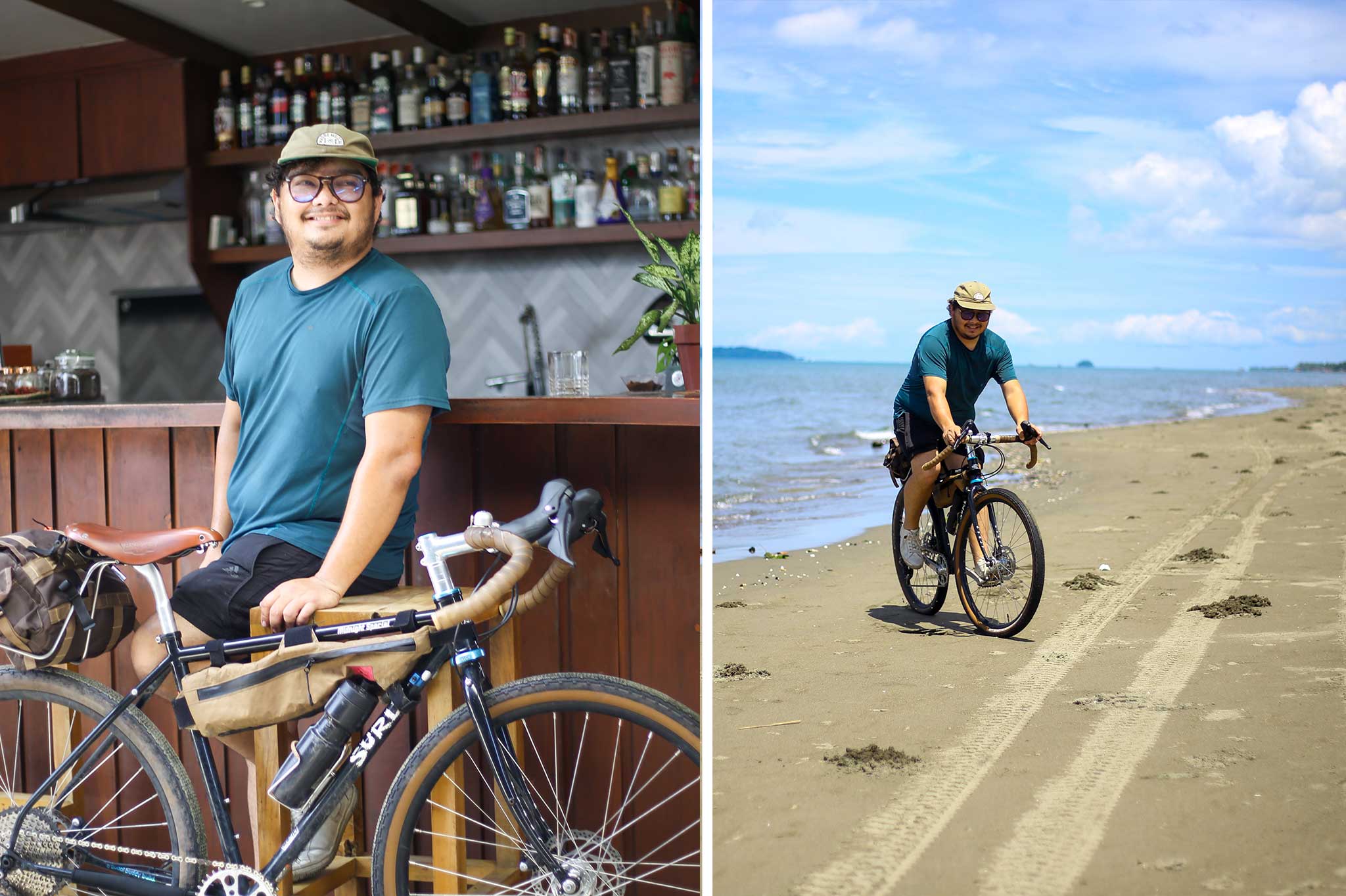 Metro Manila has its perks and charms. But for Joao Altavas, it’s the laid back province life that he wants. He now lives in Roxas City in Capiz, managing two businesses that he conceptualized and established, after residing in the metropolis for over two decades.

And he’s back cycling too, something he wanted to do for a long time that he ceased to continue doing back in Manila.

From bicycles, his interest shifted to motorbikes. He says that at that time, riding a motorbike was more efficient than driving your own car in Metro Manila. When he drives, going to Makati from Quezon City takes him one hour and thirty minutes while driving a motorbike consumes twenty minutes of travel time.

Joao admits that while opportunities and the money can be found in Manila, it was a bit too much for him— it was fast paced, traffic was terrible and it can get exhausting. He really wanted to move to the province but people kept on telling him that there’s nothing to do there. When the pandemic hit, he got stuck in Capiz. It was the perfect excuse for him to stay.

Tabai used to be an active restaurant that Joao’s parents started more than 30 years ago. Found along Roxas City’s famous baybay, Joao brought it back to life. However, this time, he put his own creativity and personality in the cafe. Now, it’s a cool hangout spot — a place that sells specialty coffee, good food and awesome cocktails — frequented by artists, cyclists and those who enjoy the laidback lifestyle.

When operations got steady in Tabai, Joao decided that he wanted to embark on another project: getting back into cycling. He contacted his friend Marlowe Apeles aka @budolbuddyph and he commissioned him to build a Surly Midnight Special gravel bike.

“It’s also the same thing na pagbalik ko dito sa province, kasi it’s the simple things. I am here in the present,” Joao answered when we asked him why he went back to cycling. “Iniisip ko kasi, since in the province ay mas less ang cars, mas feasible na ang biking. Everything is near too. There’s no reason not to bike.”

He adds, “Noong first bike ride ko dito, na-feel ko na this is what I want to do. And it hits the spot. I am where I want to be.”

And indeed, he’s really in the place where he wants to be — in Roxas City. He’s enjoying his time with Tabai and building his own community of like-minded people. Joao also recently opened Teddy’s, another bar in the center of the city.

He tells us that he enjoys doing what he’s doing in Roxas. He likes the interactions with the people and the communal feeling in the small city. What he also likes is that he now gets to introduce the experience and products he enjoys in Manila that’s not present in his hometown — the things he offers in Tabai and Teddy’s.

There are bicycles in Tabai where guests can borrow. Joao says that these have become “community bikes” because he wants his patrons and visitors to use it in touring the Roxas. In fact, if he has time, he joins them in going around Capiz.

“It’s not easy, the whole process na bumalik kasi may adjustment. At ngayon na nandito ako, I want other people to see yung kagandahan ng Roxas, ng Capiz. That’s why gusto kong mag-tour ng mga tao. The best way to do it is on a bike,” he says.

Aside from his short trips around Roxas, Joao enjoys riding the bicycle at night before bed time. That’s probably why he got a Midnight Special, he quips. At night, when the city is already sleeping, Joao manages to reflect on life and gets to be reminded why he’s back in Roxas City.