Hulyen: on learning how to ride a bike and making comics during a pandemic

Her first bike ride out of the comforts of her village is a trip to Marikina-Yeongdo Friendship Park. It’s a six-kilometer trip but Hulyen had to cycle along Sumulong Highway and cross the big intersection of Masinag. 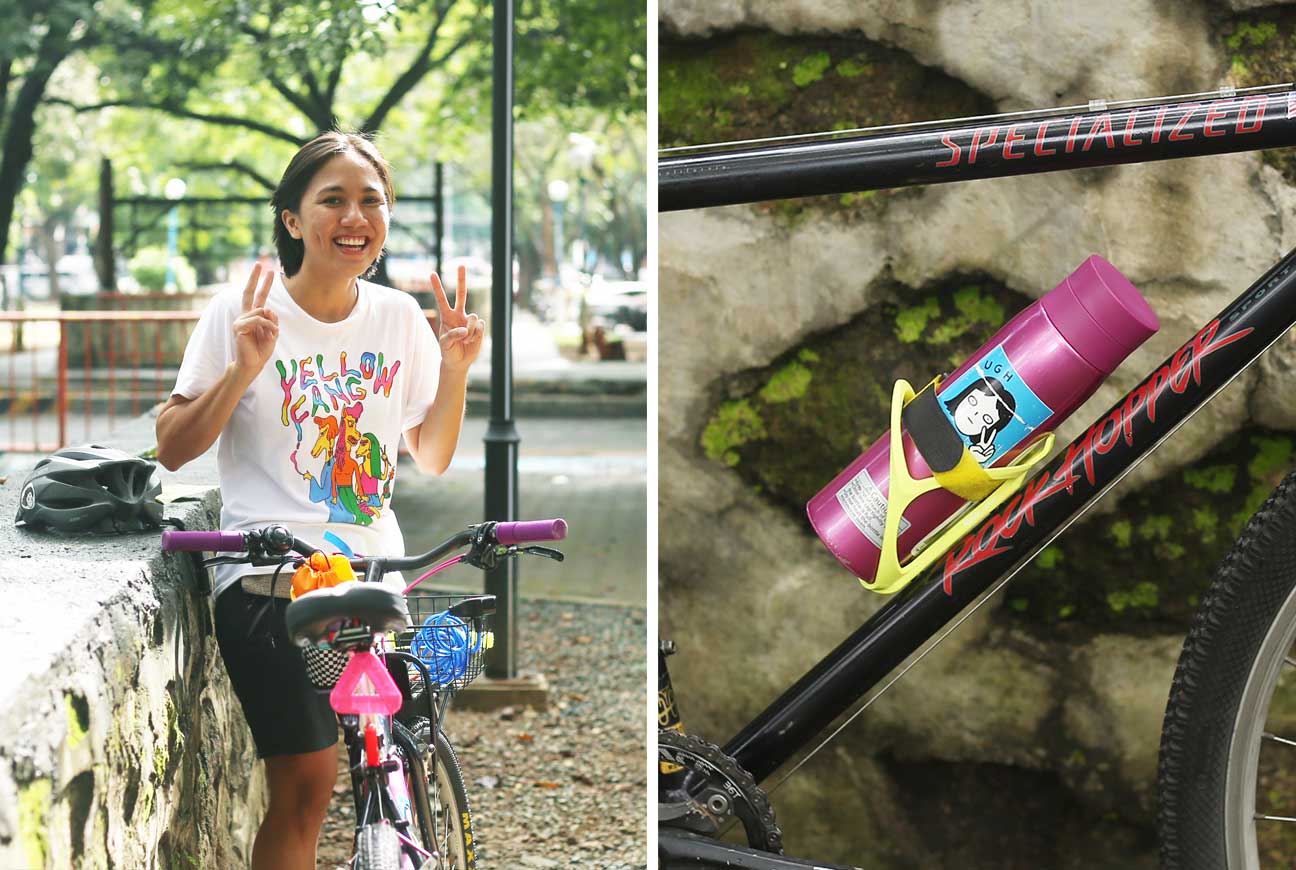 Hulyen, the artist behind the comic book “UGH,” bought a bicycle even though she didn’t know how to ride one.

Last August 2020, comic book artist Hulyen bought a bicycle over marketplace app Carousel. It’s a cheap second-hand Japanese bicycle. She thought that it would be wonderful to get a bike since she’s been stuck inside the house during the community quarantine for months and this would be her vehicle to go outdoors during the pandemic safely.

In two days, she managed to learn how to balance and in no time, she was able to confidently bike around her village. The Japanese bicycle was too heavy though, she recalled, saying she couldn’t even pedal to her house because of the uphill street — Hulyen had to always walk her bike home.

At the beginning of 2021, she bought a mountain bike, a vehicle that’s somehow lighter and has better mechanism for longer trips. It could easily climb slopes too. There was another problem though: the bicycle was too big that it gave an uncomfortable sensation on her wrist. This made the artist stop biking for months.

However, during her cycling hiatus, she still continued to obsess over bicycles. She remembered watching a lot of bike content over Youtube, joined cycling Facebook groups, followed retro mountain bike Instagram accounts and even watched anime Yowamushi Pedal.

According to Hulyen, she got so interested in watching people repair and build bikes. There were times when she played videos until she fell asleep.

It was in July last year that she got back cycling after purchasing a pre-loved Specialized Rockhopper mountain bike. It was old but still in a very good condition, she told us. The only thing she replaced was the tires, the color of the cables and the grip.

Her first bike ride out of the comforts of her village is a trip to Marikina-Yeongdo Friendship Park. It’s a six-kilometer trip but she had to cycle along Sumulong Highway and cross the big intersection of Masinag. This cyclist was able to reach her destination and she did it alone.

Now, Hulyen bikes around lower Antipolo, Marikina. She even made it to Quezon City, Taguig and Makati.

Hulyen, who started drawing comics in 2012, admits that she’s not the outdoor type of person — even though she likes to run. Before the community quarantine, Hulyen only went out during weekdays because she had to go to the office. On weekends, the artist stays at home to rest.

But despite enjoying the indoor life, she still likes going out, especially when commuting.

Biking, for Hulyen, is her mode of transport and a weekend vehicle for fitness and recreation.

We asked her about her cycling goals and she told us that she just wants to get better and have enjoyable rides.