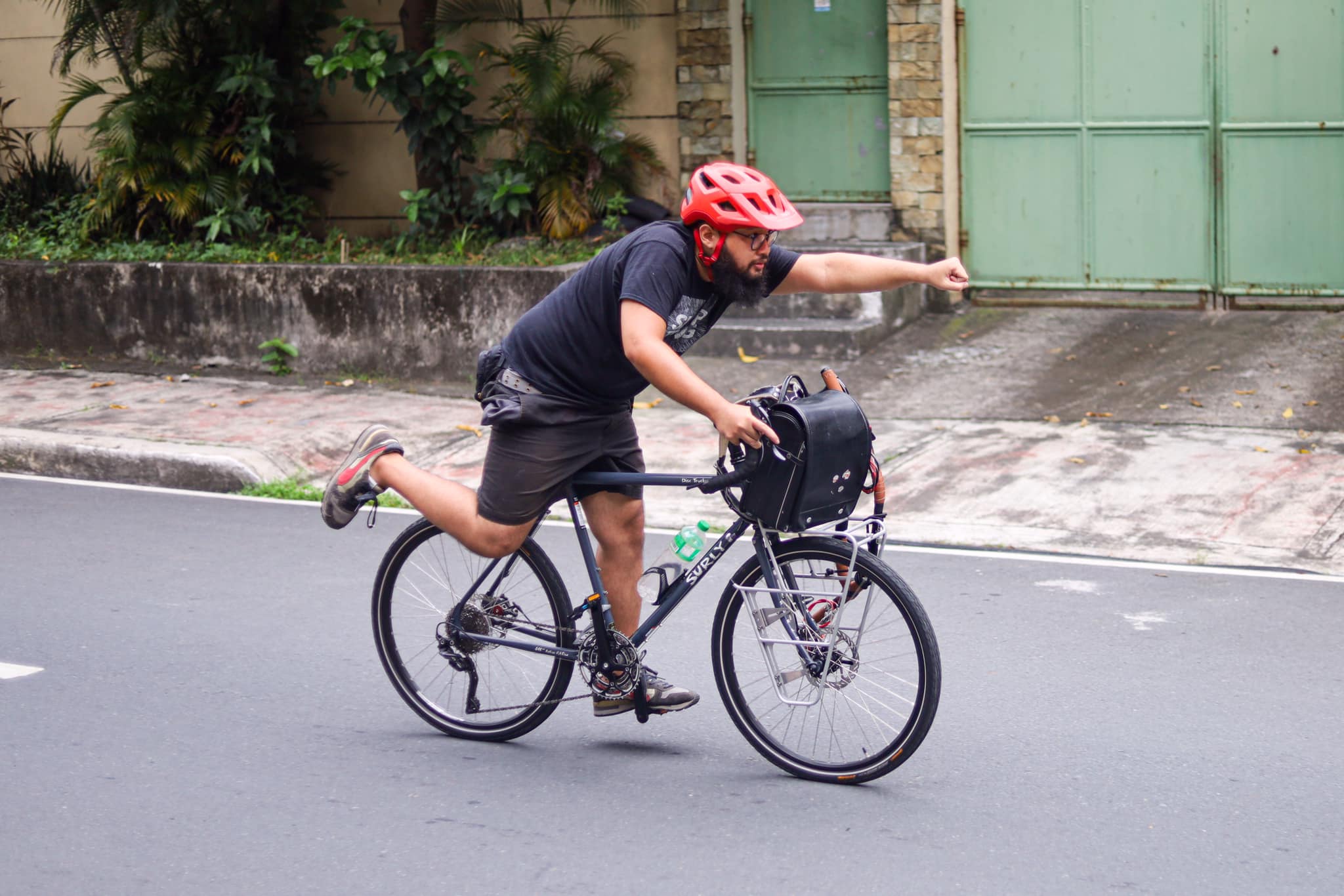 This is us saying that it’s okay to get a new bike or upgrade for your convenience.

Marti Salva has a foldie with 14-inch wheels. He got it last August because it became difficult for him to go to the market since public transportation was limited. But as he got to ride with friends who have road bikes and after seeing them going to far places, he felt that he wanted a new bike.

This graphic artist bought a folding bike because he has a slipped disc and his apartment is on the third floor. He thought it’s convenient if he gets a small bike because it’s light and he can carry it when he travels.

He loves his foldie, it’s his ride to the nearby market when he’s buying his favorite tokwa and veggies. But when it’s time to go to Manila from Quezon City, he gets exhausted.

That’s why he bought a gravel bike from Facebook marketplace.

The thing is, he felt uncomfortable with the drop bar. When we met Marti for this interview, he was buying a Jones bar.

Upgraditis is a bike slang which refers to the attitude of buying bicycles or bike parts even though it’s not necessary.

Here’s First Bike Ride’s tip. When you get to know what bike and bike parts suit you best, go for it because it’s for your own comfort. Just make sure that it’s within your budget.

The main reason for buying the gravel bike, Marti emphasized, is that it can take him easily to Bataan where his parents live. He wants to go to the province with a bike that can carry his clothes and other items.

During our shoot, we stopped by at a wet market. We thought Marti would buy vegetables. He got a hand of bananas.

“Pang-biker daw itong saging eh,” he told us while peeling it.