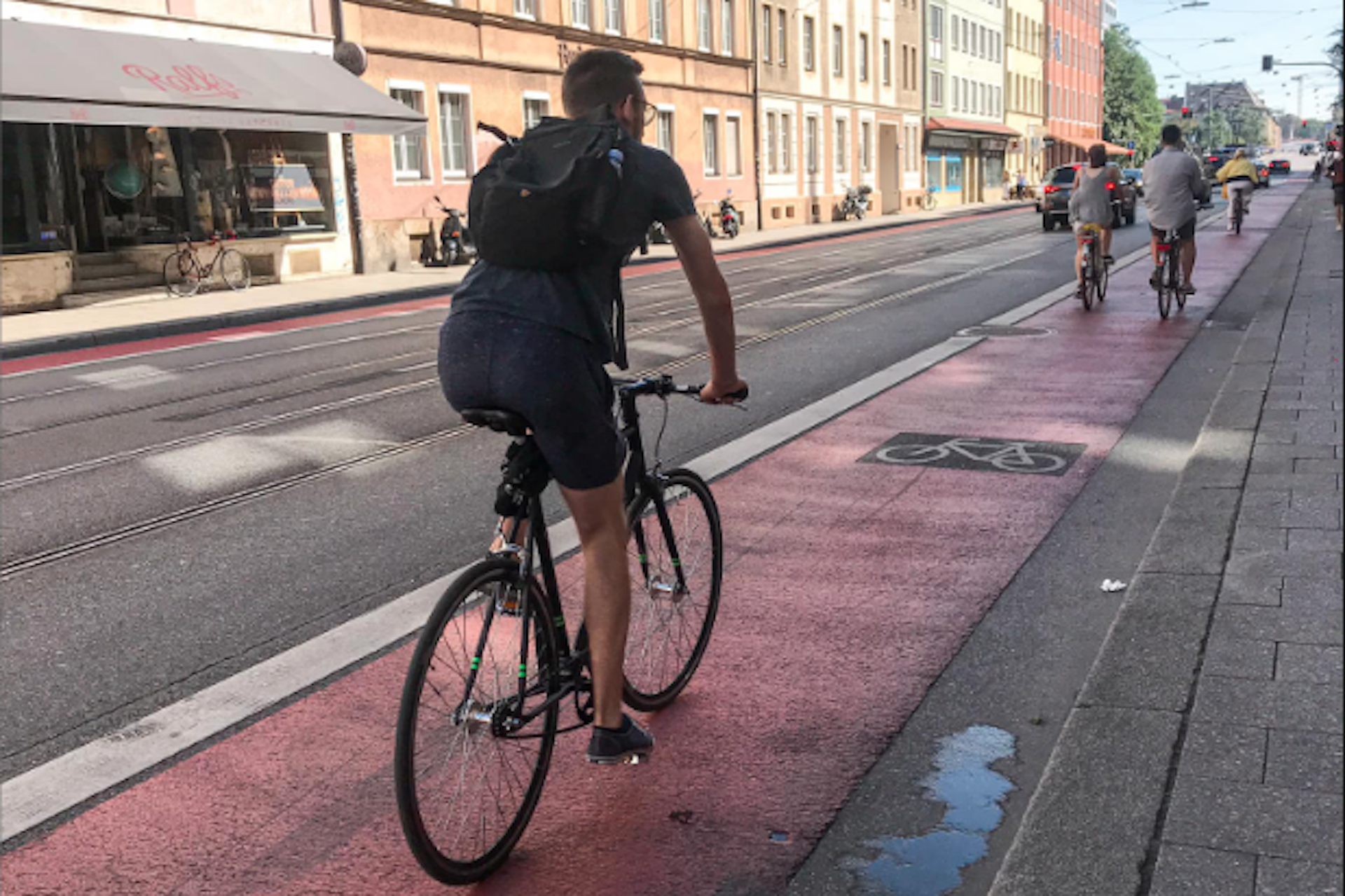 We learned that foreigners are happy that the Philippines is finally taking steps in transforming our cities into better ones—something safer and cyclable.

Bike-friendly cities are common in their respective countries, something that perhaps they did not see in the Philippines when they last visited. We got positive reactions regarding Quezon City’s buffered bike lanes, a cycling path in Bulacan’s diversion road and the protected bike lanes in business districts, among others.

We had a brief conversation with our friend Daniel who lives in Munich, Germany. He loves cycling in Deutschland and he shared some of his thoughts and photos with First Bike Ride.

As someone who has visited the Philippines and briefly lived in South East Asia, we asked him if cycling as transport can be effective here.

“Only if the government, potentially in collaboration with private companies, actively supports it and people see the benefits,” he told us. True enough, it takes a community and collaborative effort to make things work.

In Germany, public transportation is prioritized. Though of course, there are little inconveniences but these transport mishaps are incomparable with what we have in the Philippines: lacking public vehicles, trains that are unmaintained and bad road designs, to name a few.

Daniel shared why he loves riding his bike and the things that he particularly likes in terms of cycling in his home country.

“Cycling means flexibility and joy: You don’t have to rely on inconvenient public transport schedules,” he said. “Instead, you just jump on and will reach your destination earlier, cheaper, at whatever time you need to, raise your energy and mood, and even get to enjoy the sights, sun, fresh air and slight breeze.”

He added, “Compared to the stuffy, crowded interior of a subway train, cycling is a real delight—even more so during Covid times. Without a doubt, it’s the perfect way to get around, whether you need to get from A to B or to just explore your surroundings wherever you may be.”

This cyclists noted that it can be difficult cycling in his region if it’s cold, raining or windy. In a different post that we uploaded last month, a friend from Utrecht in the Netherlands said the same too and that she prefers cycling during hot summer weather in South East Asia than winter time in Europe.

We want to bike in Munich too, maybe someday when the craziness brought by the virus is over. Daniel told us his favorite routes in Germany.

“It’s the panorama route in Hamm and ruhrtalradweg (Ruhr valley bicycle path) between Hamm and Meschede because of the scenery, diversity and ground,” he said.