Dr. Eric Tan has been riding his BESV JG1 for four months now and it has seen his efforts during the campaign for Leni Robredo. 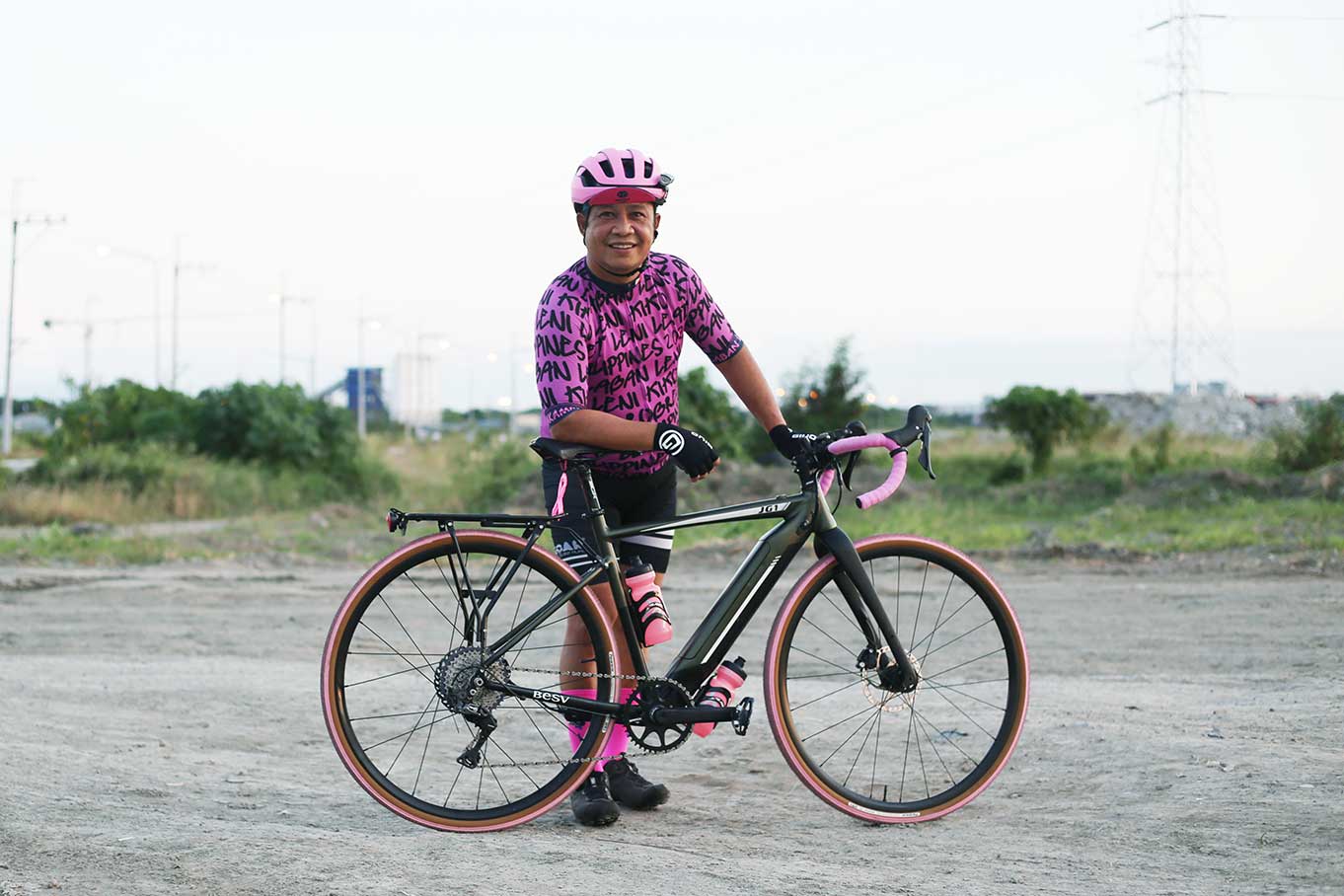 This cyclist has been actively campaigning voluntarily for Robredo since December, most of the time by using an electric bicycle during caravans and in mobilizing campaign materials. For Eric, his support for the vice president emerged from his hunger for change and was strengthened by other supporters he met on bike rides.

“In the middle of 2021, I’ve been hearing a lot of things about Leni Robredo. Of course, we’ve seen how she performed as a VP but I’ve always been a passive voter and never really promoted anyone. I just voted,” Eric disclosed. “I became an active supporter by accident. Yes of course, it’s about Leni, but what really made me active in the campaign using my bike was the people I met.”

Last December, Eric saw an open invite on Facebook for cyclists who are interested to participate in an evening group ride along EDSA. It’s a nine-day activity with the cause of showing support for Robredo. However, the group announced that they could only accommodate 50 participants.

Since the biker didn’t know anyone from the group, Eric took an effort in reaching out to the ride leaders because he really wanted to join. Though he’s not that keen yet in supporting Robredo, the trip will still be fun. He was cycling with strangers with a basic-looking e-bike while all of his companions had their bicycles decorated, some even had LED lights around their vehicles.

“Ang saya namin at ang dami kong nakausap. I met a 73-year-old guy who comes from Tondo. He bikes all the way to Pioneer in EDSA and rides with us. Then he pedals home, all for Leni,” he recalled. “Ang dami nilang kwento. I got inspired. And then nag-volunteer na ako sa ‘Bikers for Leni – Taguig.’ We organized caravans at ang dami ko na naman nakilala.”

He added, “Hearing the storiesof the volunteers, that’s when I got into it and I read more about VP Leni. Dati kasi, I’ll just see and hear things about her but I’m not really into it.”

He remembered that he hesitated to join when he first got asked to join “Bikers for Leni – Taguig” because he’s not really into campaigns and politics. However, seeing the support of these cyclists and other volunteers touched his heart and sparked a fire for him to help.

Aside from cycling campaigns, Eric was also able to pioneer in assembling a volunteer center which housed various groups and organizations in Taguig that support Robredo. These are sectors from the LGBTQIA+, Youth, Mothers and different partylists, among others.

“I’m overwhelmed because of the kind of volunteerism. I’m really not sure but I have never seen anything like this. And I really hope that this kind of inspiration from the time she announced that she’s gonna run and if she does win, to move on with that, and to inspire more people to do good,” he said.

“I was so inspired how the people were all helping each other and how people would go out of their way to help someone. It’s really very inspiring. I keep on saying, right now, even before the elections, panalo na ang Pilipinas dahil kay VP Leni dahil she is truly an inspirational leader. Where have you seen a leader who has inspired people to help each other?”

Is it hard to campaign using a bicycle? Well, Eric is advocating while doing the thing that he enjoys. There might be heckling on the road — calling his candidate “lugaw,” lutang” or “bobo” — but he’s confident with his leader. After all, all of these accusations are not true so he doesn’t mind.

“One thing that I feel strongly about the strength of VP Leni is that I’ve been biking since December and in certain cities, I’ve seen the changes. From total heckling to less heckling to almost no heckling and asking for T-shirts, tarps, ballers… Very few na lang ‘yung naghe-heckle,” he said.

This 52-year-old doctor likes cycling, an activity that he has loved since he was still in high school. From time to time, he rides his e-bike around Metro Manila or goes to nearby provinces to unwind with friends. Sometimes, he cycles solo.

The biker mentioned that he is already satisfied and comfortable in covering 40 to 60 kilometers per trip, as long as he’s doing it often. He owns five bicycles, all are electric. And among them, he said that his go-to bike is his BESV JG1. It’s the one that he always uses for bike campaign caravans.

“I just love this BESV. For me, it’s purely value for money for the kind of parts that you have, the weight that it has and the speed that it gives you,” he said. “It’s a really fun bike. The farthest that I brought this is 85 kilometers and there were still two bars to go. For me, BESV is good value of money.”

Eric has been riding his BESV JG1 for four months now and it has seen his efforts during the campaign for Robredo. He got his electric gravel bike and had it customized at Exion Cycles through BESV Philippines.

His electric gravel bike is an eye-catcher. The pink Panaracer tires are very striking and they are complemented by the brightly-colored drop bar. The accessories like the “ribbon” reflector and the Rapha water bottles are cute additions too.

“For those who are 50 to 70 years old, who want to enjoy a sport that is not too taxing on their knees on their legs and at the same time with the possibility of losing weight and getting fit, an e-bike is there. And it is the future,” he said.

Now that the election day is nearing, Eric is still very active in supporting Robredo. He’s part of the team behind her Miting de Avance in Makati on May 7. For him, he’s glad for this life’s surprise, him becoming a passionate voter who supports a deserving leader.

With all of the things happening and the anxiety that the elections have been bringing to the Filipinos, Eric is hopeful. As someone who bikes on the ground and has seen communities and crowds, he’s confident.

Before we ended our conversation, he reiterated that the Philippines have already won because of Robredo and the inspiration that she has brought to the country.

“Right now, panalo na ang Pilipinas for the inspiration, for the people who volunteer to help each other for a certain cause. It opened the eyes of so many people and it will go a long, long way,” he said. “I am happy that there’s a leader that came into our lifetime, the one who inspired us and who gave us that feeling,” he added.