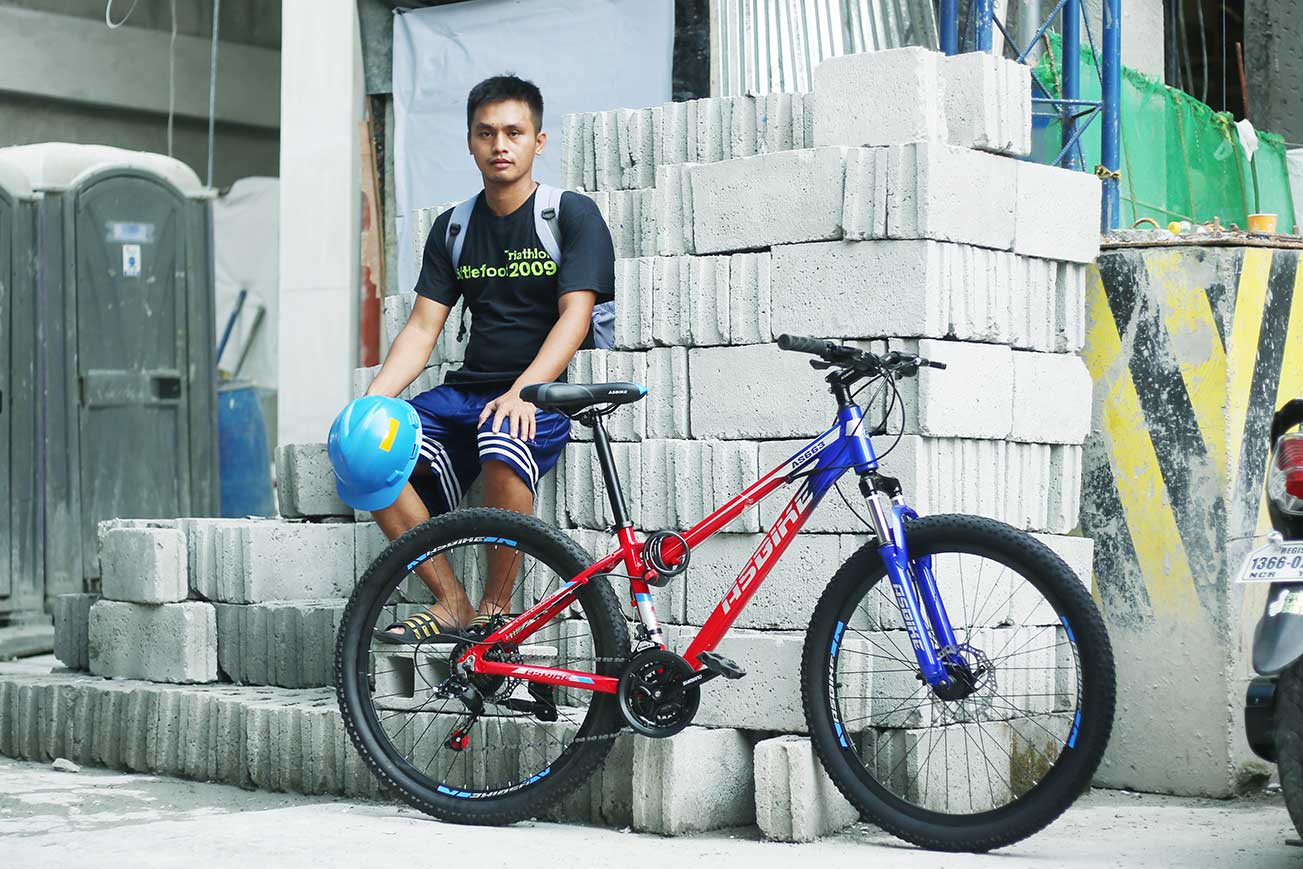 When we uploaded the story of Edmundo Chavez after giving him a helmet in February, many people expressed their interests in supporting First Bike Ride’s donation drive. We also received messages from people who wanted to help this construction worker.

Edmundo is a 32-year-old bike commuter who works as a construction worker in Quezon City. Back during our first interview with him, he’s still employed in a site along West Avenue and he used to cycle it daily from his house in Taytay, Rizal.

He told us about his 500-pesos measly daily salary that he manages to survive his needs along with his mother who is suffering from tuberculosis.

That day, we learned that Edmundo didn’t have a helmet. Why? Because he can’t afford it and he bike commutes with the risk of getting caught by the police. Quezon City has a fine of 300 pesos for those who are not wearing safety headwear while cycling.

The post resulted in people donating to Edmundo via G-Cash. A generous individual also sent money to First Bike Ride to help him replace his deteriorating bicycle. He was using a second-hand mountain bike that’s practically going to give up anytime soon.

This guy recently resigned from his construction work in West Avenue because he told us that he was not getting paid. The contractor apparently spent the money that was supposed to be his team’s salary and he was advised by some peers to just find another job.

Now, he still works in construction. This time, the cyclist is now part of the group who builds Metro Rail Transit (MRT) 7. Edmundo said that his current work conditions are better because his employers gave him a free nearby place to stay, which is a one-jeepney ride away from his workplace.

Edmundo left his old bicycle in Taytay and his brother uses it for his trip to work in Taguig. Despite being near the construction site, he said that commuting is still hard. He is one of the thousands of Filipinos who endures the waiting game for public transport along Commonwealth Avenue.

Aside from saving 15 pesos, the amount he pays for a one-way jeepney trip, Edmundo will be able to save time when biking because he’ll not wait long for public transport. But even now that he has his own vehicle for mobility, he feels like there’s a lot to improve in our transportation system.

This biker works in building MRT7, the train that will benefit a lot of commuters coming from the north, especially those from Bulacan. In Rizal where he lives, in the east side, a rail system could really benefit the people too.

Does Edmundo like the idea of having a train line that would connect Rizal to Metro Manila? He said that he’s not really hopeful because the roads in which he resides are very narrow and that “there’s no space anymore.”

Before we parted ways, we asked Edmundp about his mother’s condition. He told us that she’s good and still constantly taking the medicine provided by their baranggay health care workers. Then the construction worker pedals his way home, carrying his backpack and a big smile on his face.