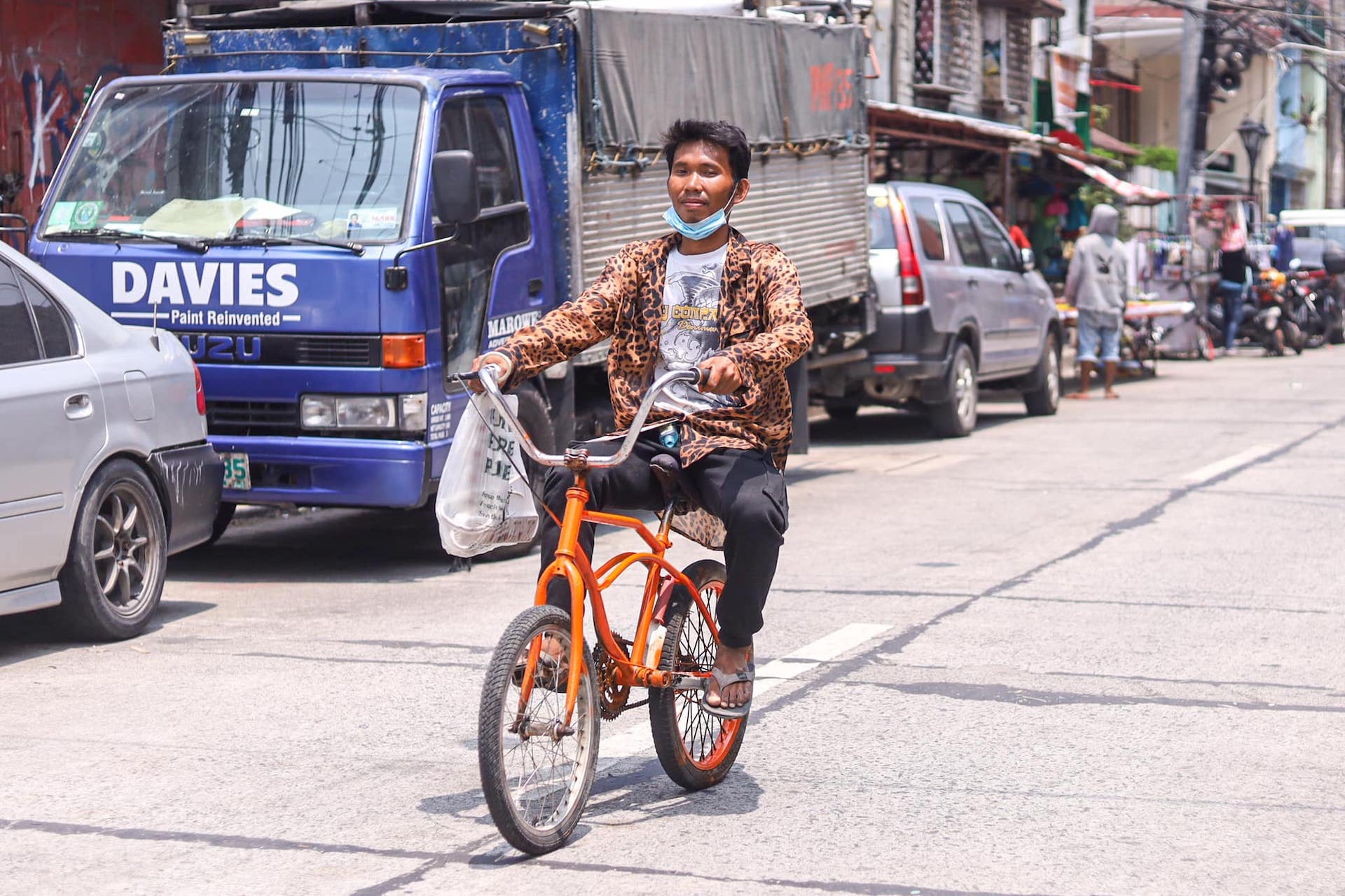 What do you do when you learn that your friends became homeless, sleeping in the dirty streets of Manila? You help them—just like this construction worker who searched his neighbors using his bike.

Sporting a jaguar print blouse while cycling his bright orange bike, 29-year-old Federico Alingasa called our attention to ask for directions. He was lost, he wanted to visit his relatives in Balic-balic so he could sell the extension cords that he was carrying.

Federico mentioned that he doesn’t own these, he was helping his friends sell the items so they can gather funds for their shelter. Apparently, his neighbors—a family of four—were kicked out of their house in Baseco because they can’t afford rent.

He said that his friends can no longer afford a 1,500-peso monthly rent in Baseco, a small town in Manila’s port area. They used to pay 1,000 pesos, something workable but still hard to raise, but an additional 500 was added by the landlord when they decided to install their own toilet.

They’re not lazy, they have jobs that don’t pay big enough for their needs. A nun used to help them but when the support ended, things got more difficult. It’s just that life is hard for them and the pandemic made it more challenging.

They were forced to leave Baseco and were reportedly sleeping somewhere in Avenida Avenue in Manila. The family can also go back to the province, at least when travel restrictions ease, but believe it or not, their situation here in Manila is better: there’s no job for them in the province and at least they have a source of income here.

All thanks to his newly assembled bicycle, Federico managed to find his friends in a random corner of Avenida. That’s why he got the extension cords and he’s now helping them raise funds.

He told us that his bike was just completed yesterday because he can only buy parts when he gets extra money, everything cost him 2,000 pesos. While waiting for the completion of his ride, he rents a mountain bike worth 200 pesos a week.

Federico is also poor, but he has a good heart. He’s a construction worker who’s also trying to survive and feed a family with his small salary, that’s why we were amazed when he told us that he just asked his boss if he could skip work just to find and help his neighbors.

We asked Federico about his blouse because it really catches people’s attention.

Here’s our takeaway: treasure the gift of friendship.