Cyclist went to help his friend after typhoon

JC could just have travelled a longer route to reach his friend but it was so chaotic that time that he might end up getting lost. He just used his energy to help guide traffic in Baranggay Barangka. 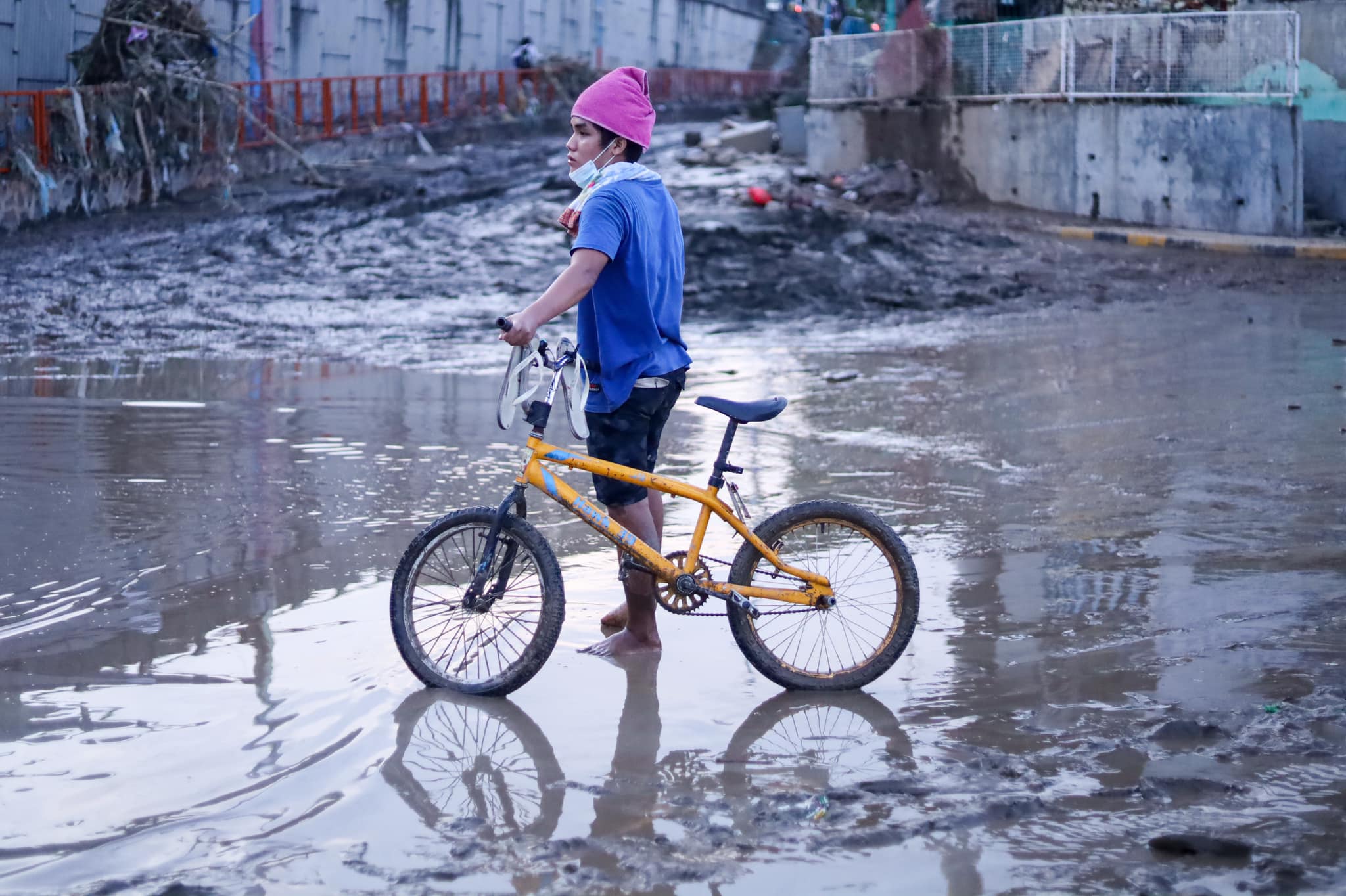 JC Yap used to bike around Marikina River Park every Sunday. He was saddened to see that his favorite hangout place was destroyed and covered with mud.

Marikina River Park is not just a park for JC. It’s his weekend sanctuary where he can enjoy a day away from everything.

(I saw on TV that the flood water was so high. I got sad because it was so muddy and more people are having a hard time. I came from West Kamias and just biked my way here.)

It was hard to use public transportation and he doesn’t have a car. A bicycle is the most efficient option for his trip.

(I have a friend who lives here in marikina. I was supposed to help him but the roads can’t be accessed.)

“Kano,” as what JC fondly calls his friend, lives on the other side of the park. The middle part of the bikers’ destination was still submerged with water during his visit and no one can pass through.

Before leaving Quezon City, he messaged Kano on Facebook messenger saying that he’ll visit to help. He did not bring a phone so there was no communication between the two after their online chat.

Our biker could just have travelled a longer route to reach his friend but it was so chaotic that time that he might end up getting lost. He just used his energy to help guide traffic in Baranggay Barangka.

We saw him in the middle of the muddy road telling motorists and bikers to reroute because they’ll end up on a dead end.

He’s a true friend to Kano and a true friend of Marikina. He said that what he’s doing is just small but that’s his only way to help. It’s like giving back to his buddy and beloved park.

His message to the Marikeños?

After our conversation, he went back on the streets and started guiding traffic.