Cycling with Naruto and stories about Filipino-dubbed shows 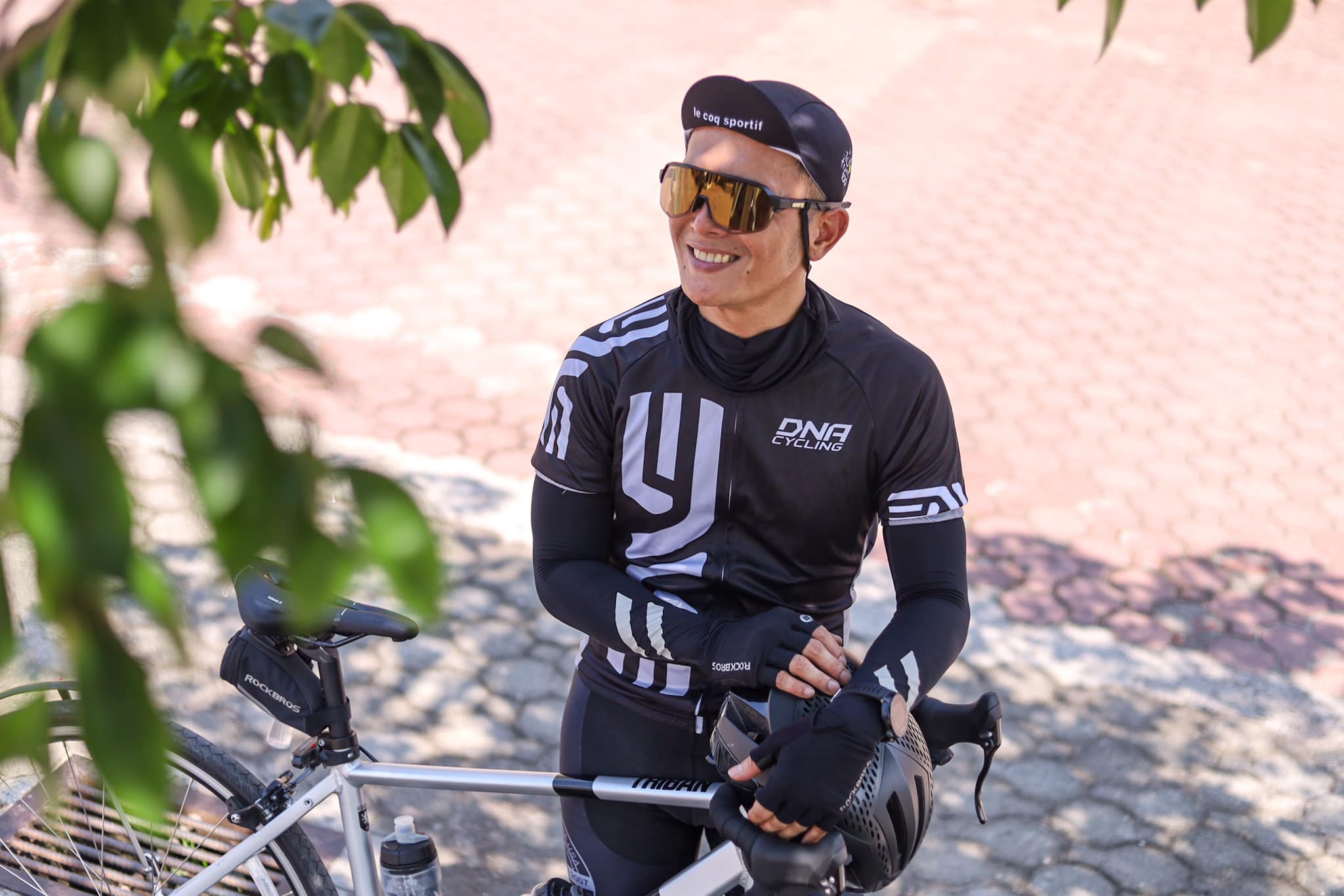 A few days ago, we went cycling with Naruto… well, not the anime but the person behind the Filipino voice of this awesome ninja.

Filipino-dubbed anime and shows have been the talk of town a few weeks ago and we find the topic interesting so we asked voice actor Christian Velarde to have a morning bike ride with us from Meycauayan to Malolos in Bulacan.

Christian is not new to First Bike Ride, we have featured him back in November. Aside from the dubbed shows, we want to catch up about his bike rides and other cycling activities.

He managed to do solo rides to Pampanga twice. Sometimes he just rides his bike in nearby towns. But he still enjoys group rides too. In fact, he recommends going to Bitbit River in San Jose Del Monte in Bulacan with friends.

During our conversation last year, he mentioned that he likes to invest on his health by regularly doing exercise. He mixes running, walking and cycling as part of his weekly routine.

True enough, Christian is really fit. It was an effortless ride for him during whole 60-kilometer Meycauayan-Malolos loop, under the heat and long flats. He made it seem like the whole trip was easy, choosing uphill bridges over boring intersections and longer but scenic routes than quick highways.

On that trip, we asked him about the recent issues in the voice acting industry because there were a few people who recently made noise about their disappointment over a Netflix series in Filipino language… which is an anime based on a graphic novel that’s set in Metro Manila.

Apparently, some haters said that it could have been better if it was in Japanese (with subtitles) or English and that it shouldn’t be dubbed in Filipino. We don’t get their point?

Isn’t it better if good films, anime or series can be shared and watched by more people and their messages be reached by a wider audience? Christian is right, there are options for everybody so why hate on something that one would not even like to consume?

This cyclist has been dubbing for more than two decades. He used to work mainly in theater and events and working as a voice actor was just a side job. There were adjustments, he recalled, but it was not that hard. After all, it’s still acting but a different kind.

In 2003, Christian realized that voice acting could be his main career when he was tapped to be part of Meteor Garden in ABS-CBN, he was the voice behind Qing He, the boy best friend of lead character Shan Cai.

From there, he has been able to render his voice to numerous characters like Sokka of “Avatar: The Last Airbender and Alvin from “Alvin and the Chipmunks,” among others. But perhaps the most memorable was Naruto where he worked as the voice of this mischievous ninja for ten years.

You can hear Christian’s voice in an animated series that will be streamed on Netflix starting tomorrow, June 11. He is Nuno from “Trese.”