Cycling is an eye-opening experience for car drivers 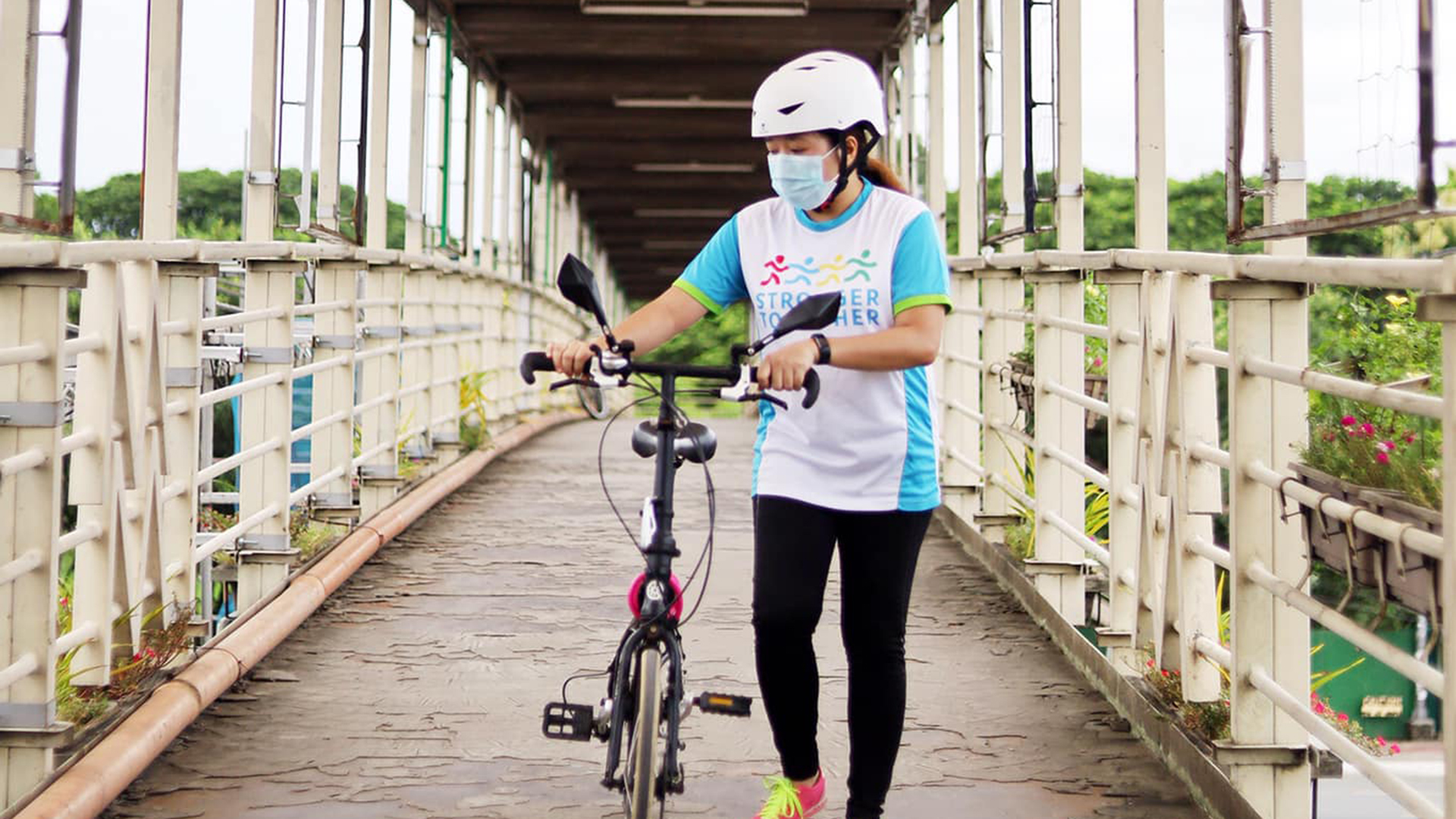 Nhalyn Retoriano usually goes around Metro Manila with her reliable four-wheel drive. And just last week, she started having the idea of giving cycling a try. She was inspired by friends who are jumping into the bike lifestyle and admits that she was influenced by our posts here at First Bike Ride.

“Wala rin kasi akong ginagawa na any form of physical exercise,” Nhalyn said. ”Based sa mga nabasa ko, okay ito to boost cardio and stamina. It is also an activity to do instead of lurking on social media.”

(“I don’t do any form of physical exercise,” Nhalyn said. “Based on what I read, this is good to boost cardio and stamina. It is also an activity to do instead of lurking on social media.”)

She initially thought of buying a brand new bike online until her sister reminded her that they have a foldie that has not been used since 2016. She got the brakes fixed, put on a little bit of oil and added some accessories.

The original plan for her first bike ride was just going to the nearby market to buy fruits. She wanted a short trip because she was afraid of sharing the road with cars and motorbikes. But this adventurous girl eventually went to different places: she managed to go to her old school and visited streets that reminded her of childhood. The 10-minute errand became a one-hour trip down memory lane.

Just a day after her first ride, she told herself that she’s ready for the big roads. She went to UP Diliman from Manila via Quezon Avenue. She didn’t think that this would be an eye-opening experience for her.

(“I’m glad to know that there are bike lanes. It might have been there for a long time but I don’t notice it when I’m driving,” she said. “Whenever I drive now, especially on main roads, I’d be more cautious to bikers because I have experienced it.”)

And the nicest thing from this experience?

“So far, people are accommodating. They let you pass first and they are very helpful kapag nasiraan ka or kapag may nangyari sa iyong unfortunate anywhere,” she said.

(“So far, people are accommodating, They let you pass first and they are very helpful when you encounter problems with your bike or something unfortunate anywhere,” she said.)