Cycling in Manila: “it became a social thing”

There’s always that “bike that got away”—but it doesn’t mean that you’ll never get something that you deserve. 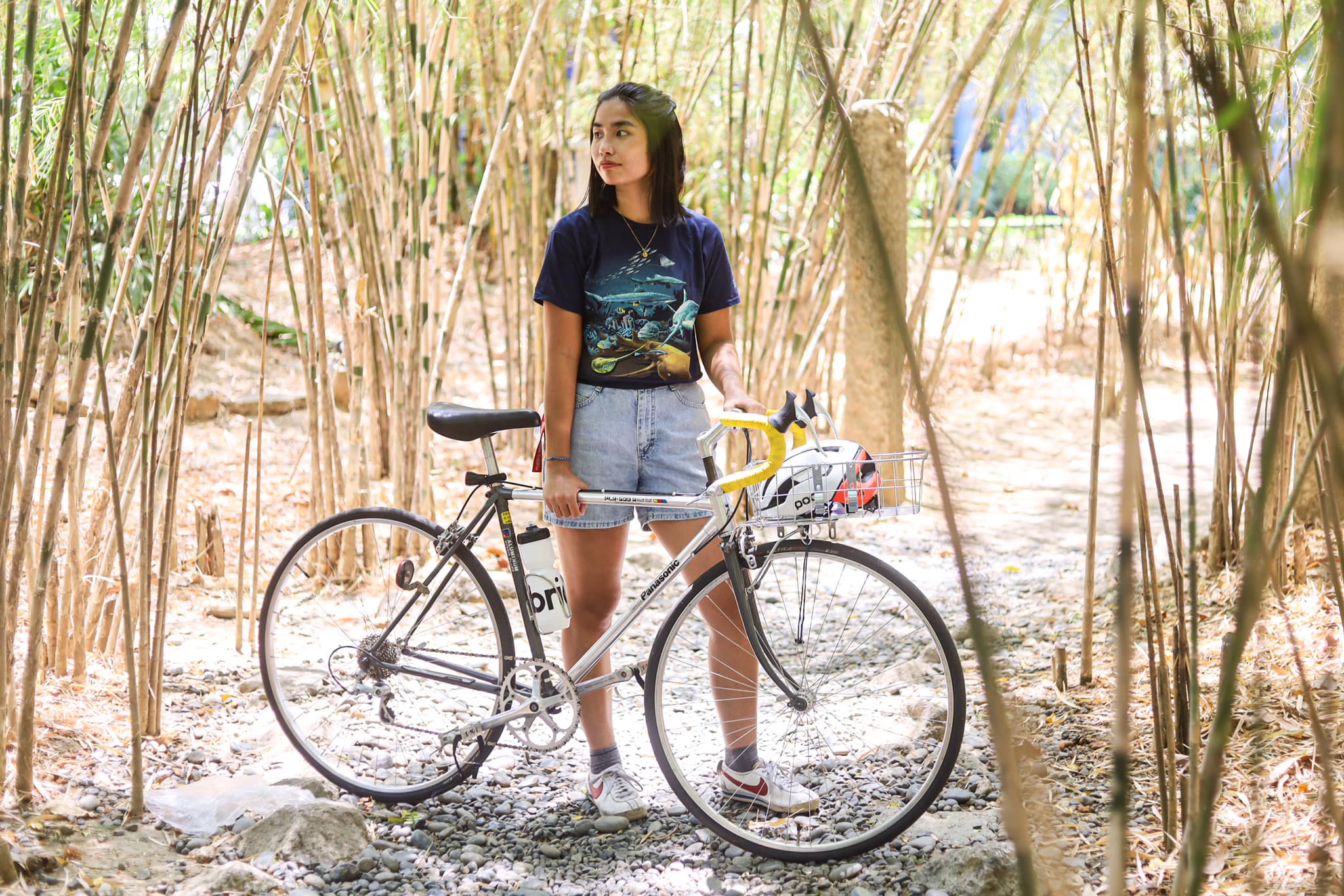 Like many of us, Nadine Layon started cycling when she was a kid. She remembers that her first bike was a green mountain bike that saw good times during her childhood years. Fast forward to her college days, she got herself a fixie that she purchased using her own money.

Her fixie was something that she used to ride around her neighborhood in Laguna and nearby towns. She studied at the University of Santo Tomas in Manila and back then, she was pretty much afraid to use this bicycle in the streets of this city jungle.

She acknowledged that things are becoming better in the capital since many are biking already and there was a demand for proper and safe infrastructure. Manila, according to Nadine, still has sketchy and difficult areas because it can be too dark at night and there are a lot of bad pavements.

But true enough, Nadine has been enjoying cycling in the city now, aside from going outside to the provinces for long rides.

When her boyfriend Sorelle Averia introduced the thought of cycling, Nadine immediately told her beau that she’s into it. She initially wanted a classic road bike. However, she was eventually discouraged by her dad and friends after consulting about a bike she found online. She ended up buying a hybrid bike from Tern as her first pandemic bicycle.

For those who are unfamiliar with Radac, it’s an alloy-framed bike from Bridgestone. Meanwhile, a downtube shifter is a lever located on the bicycle frame.

The Tern bicycle was still a good choice and it was put into good use. We’ve seen Nadine using it around the metropolis and it even reached Batangas and Cavite. However, this didn’t stop this awesome woman from getting the bike that she wanted.

Let’s say that the bike, which includes repairs and some upgrades, was really worth her money.

Cycling was a big help for Nadine to manage the hardships brought by the pandemic. As someone who is an outdoor person, it was easier for her to go out now. While she can have access to cars, Nadine said that biking is convenient and cheaper.

“Before the pandemic, we would plan trips to the beach or outside of the country. As in outdoor people talaga kami. So bike ‘yung naging outlet ng lahat ng energy na ‘yun para hindi kami ma-stuck sa bahay,” she said. “Nagkaroon ako ng more freedom in a sense of being able to go anywhere kasi I have this mode of transportation. ‘Yun yung parang nag-click na realization.”

Nadine admits that she thought that it would only be her and Sorell that would be cycling, along with another couple that they influenced to biking. She didn’t realize that she’d have more buddies outside her circle from the awesome bicycle community.

“It became a social thing, you meet people. It’s very encouraging especially among this type of community in cycling that we’re in now, that we didn’t know was here. Which is in a way, it adds to the enjoyment,” she said.