Cycling heartbreak story: She fell in love with another cyclist

Handling the situation became awkward, if not hard. Cycling, which is something that he used to love doing, became hurtful. 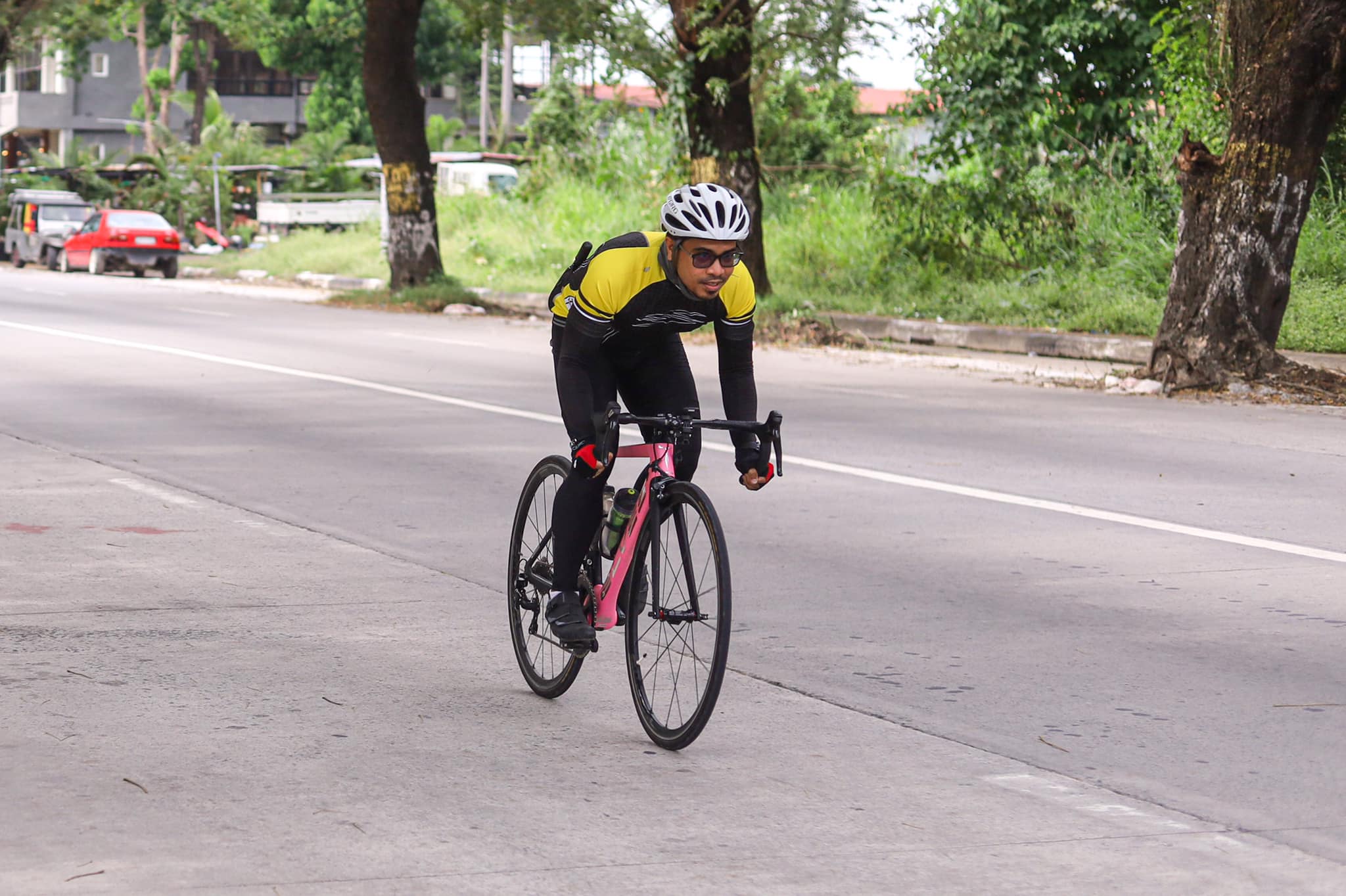 “Pinasok ko siya sa mountain bike world. Na-enjoy niya masyado kaya pumatol sa iba,” he suddenly disclosed in the middle of our fun interview. (I introduced her to the world of mountain bikes. She enjoyed it and had an affair with another guy.)

His cycling heartbreak story was so intense that we thought that it’s a plot from a television drama. But nope, it’s just part of the colorful and spicy bike journey of this cyclist from Bataan.

When Ron Vallester broke up with his wife for the first time, our guy here got very depressed, which resulted in a massive weight gain. He got so big that it became detrimental to his health.

Ron’s uncle suggested cycling as a solution to his health problems, and perhaps for him to divert his attention from the heartbreak. He found a second-hand mountain bike and bought it.

(I enjoyed the pain of biking because my wife and I broke up. I was always drinking and was into different vices that’s why my weight blew up.)

In just a few months, Ron found himself hooked on off-road cycling. Because of this, our biker lost weight and during the process of getting back to a healthy self, he managed to patch things up with his wife.

They got love back on track.

His new found love for cycling and his renewed connection with his wife clicked. Eventually, Ron managed to influence his wife to the world of mountain bikes. Isn’t it amazing?

Well, probably during the beginning.

Cycling truly became something special in their relationship. But it was also cycling that ruined it.

(I introduced her to the world of mountain bikes. She enjoyed it and had an affair with another guy.)

Woah. Apparently, she fell in love with another biker.

(Anger. That became the reason why I was biking.)

Her affair obviously resulted in another split up of the couple. However, since both of them got into cycling — including the other guy — things became difficult for Ron which also led him to break up with bicycles.

Handling the situation became awkward, if not hard for Ron. Cycling, which is something that he used to love doing, became hurtful.Their community is not big in Bataan so everyone practically knew each other.

(You’ll hear on top of the mountain that they say that I was the person who got betrayed or I rumors that I was not good in bed. So I quit cycling.)

It was a dark time in his life. Ron once again drowned himself with alcohol and he became out of shape. In one of his deep conversations with a friend, he was advised to try cycling again.

(I can’t bike because I remember her. When I go to the mountain, I can still remember.)

But cycling became part of his core so he eventually got back on the saddle. This time, he shied away from the trails and hooked himself to road bikes.

Our biker here admitted that things have changed now and the anger has already subsided.

Time heals everything and he’s now on good terms with the mother of his child. Ron added that both of them have finally moved on.

(A bicycle seemingly became a symbol of my life. Even if it hurts, you just have to push and you’ll make it. Eventually, you’ll see yourself improve.)

We asked him if he’s genuinely happy now.