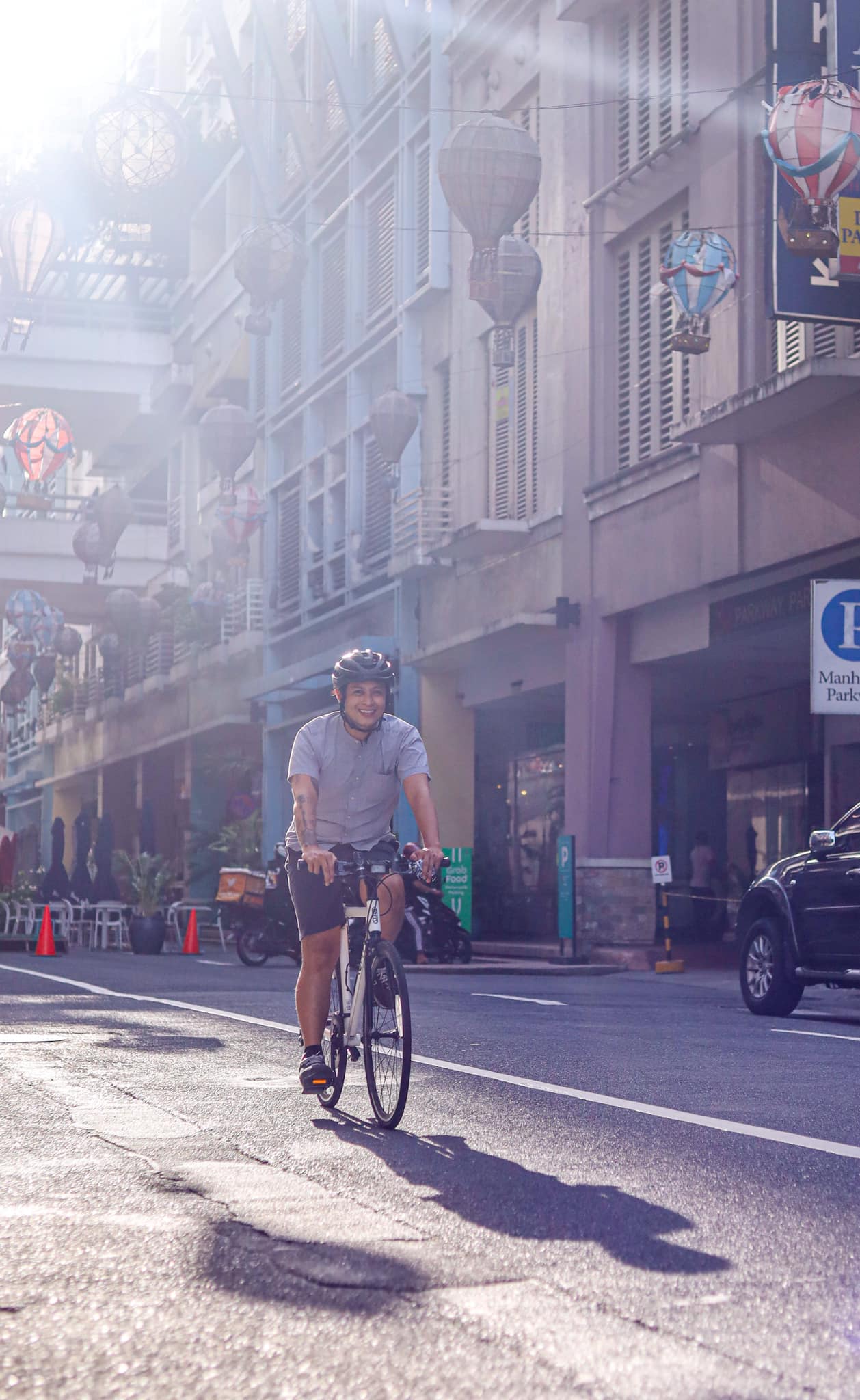 How did a bicycle shape your childhood? For this photographer, it was the tool that formed friendships.

Ronan Capili recalled that as a kid, he easily got bored with video games and toys. Thankfully, his neighbors back then had bicycles and cycling became an easy way for him to make friends and escape boredom.

“Going back to cycling was getting in touch with my childhood,” Ronan told First Bike Ride. “Nostalgia aside, this is now a way for me to log on some hours of cardio and cut back on my phone’s screen time which is all that I’ve been doing these past months in lockdown.”

Our biker told us that he started indoor cycling in 2019 because he wanted to be stronger. But when gyms closed during the start of the quarantine, he found himself lying on his bed all day.

That bed is a trap. Good thing Ronan decided to buy a bicycle. So far, we’ve been seeing him enjoy his road bike in the city: he has survived many rainy rides and has been using his gear for commute, leisure and errands.

“It’s been liberating! Nothing compares to the freedom you feel when you’re in motion gliding down an open road,” he said.

He considers his bike as a mode of transportation and exercise. As a photographer, he can’t seem to connect it yet with his professional work because he shoots portraits and products. But one thing’s for sure, he appreciates that he can easily stop to take snaps of interesting scenes on the road. This is something that he can’t easily do when he’s driving.

We asked him: what’s the difference between riding a bike and driving a car?

“The rules are the same. I feel that cyclists have more freedom to maneuver because they’re smaller. However, what poses as a problem is the lack of road courtesy which does not fall exclusively to any road user,” he said. “Road safety rules are there for a reason. We should all be good people and follow them.”

Ronan was grateful because bicycles became an integral part of his childhood.

“None of us kids were allowed to leave the village gate but we were allowed to roam the entire perimeter,” he narrated. “Being made part of the ‘bike squad’ was a highlight for me who was always a wallflower and loner in school.”

Ronan currently has a new version of this bike squad that he found through his workmates in their small coffee business Daily.. They bike around Cubao from time to time after a hard day’s work.