While Sumulong Highway is his common route, he sometimes goes to Boso-Boso too, perhaps to have a change of scenery. He told us that there are times where he reaches Bugarin in Pililia. 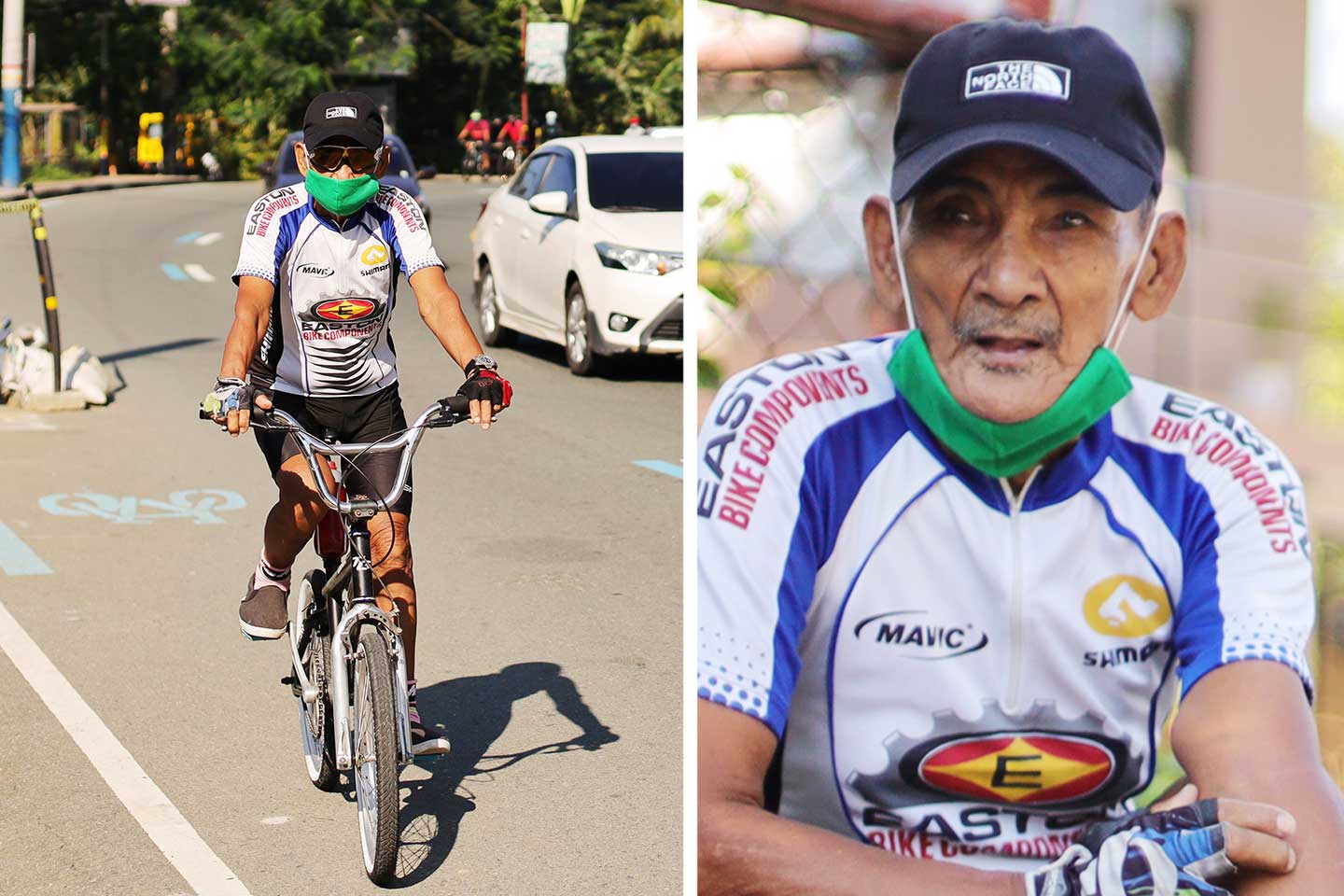 Felix Gapoy asked us to push his frame to give him extra momentum as he climbs the last stretch of Sumulong Highway in Rizal. Apparently, he lost his cadence when someone asked him a question while he was cycling.

The 84-year-old Ilocano who lives in Pasig told us that he usually bikes on Sumulong Highway four times a week. And mind you, this cyclist is doing three loops per day because he said that he feels that one round — which is 14 kilometers — feels insufficient.

(I’m weaker now. Back in the day, I could do five loops. Now, I can just do three. When I don’t get to bike because of the lockdown, I feel different.)

He added that he bikes every Tuesday, Thursday and weekend. His Sunday’s destination is always the Antipolo Cathedral because he attends the mass.

While Sumulong Highway is his common route, he sometimes goes to Boso-Boso too, perhaps to have a change of scenery. He told us that there are times where he reaches Bugarin in Pililia. All of these destinations are reached via his BMX.

(I have a mountain bike but I’m afraid to use it because for example I suddenly stopped, I’ll not be able to get back. I can’t sit on it.)

This cyclist started regularly cycling in his 40’s. He recalled that his son who used to race encouraged him to bike in Sumulong after seeing that there are many people like his father who bikes to Antipolo.

Even back when he was still working as a construction worker in Parañaque, Felix would bike daily to the site. He told us that he’s more comfortable with cycling than taking public transportation even if one way is more than 10 kilometers.

For this octogenarian, cycling is important because it keeps him fit and healthy. He added that he feels that there’s a need for him to regularly ride his bike and it’s difficult to do that with the changing quarantine restrictions.

(Cycling is the way I take care of my health. It’s a big thing for me because aside from getting that sweat off daily, your bones get stretched. That’s how important it is. If you bike almost everyday and you stop for a month, you’ll feel weak.)

We asked him, now that he’s 84 and turning a year older in a few months, if what’s his wish.

Though it would be awesome to see Felix cycling at 100 and then completing a century ride.