Bike rides change when you become a father 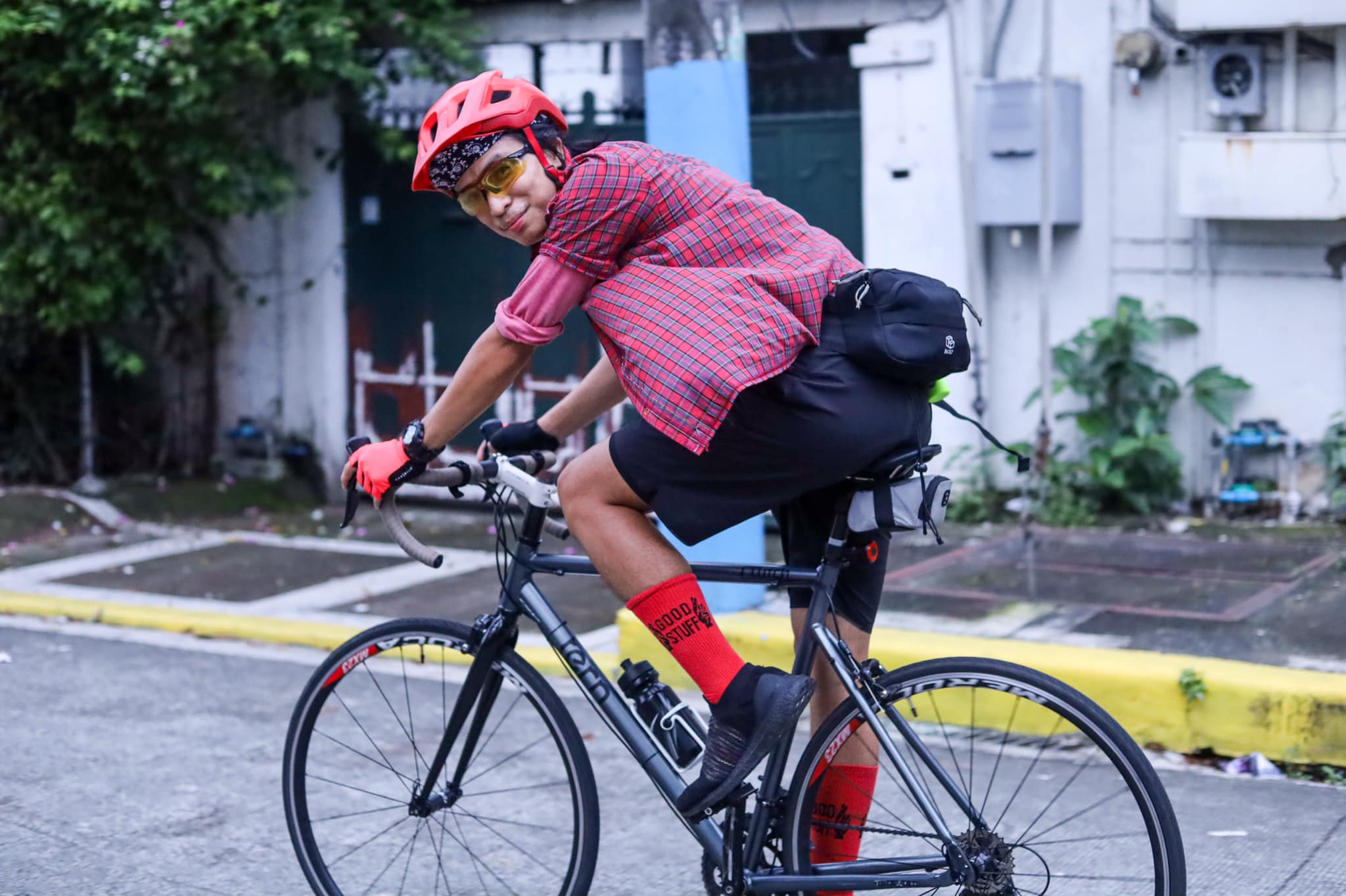 Big adjustments happen when you become a father.

For example, you’ll not be able to ride your bike that often because of your baby. For this new dad, even the way he rides his bicycle has changed.

When we first met A.G. de Mesa, he told us that he works during weekdays, usually rides his bicycle on Saturdays and spends the whole Sunday with his wife. He then told us that there’s a big possibility that he’s not going to be able to bike that much once his baby gets born.

His prediction came true. After his wife delivered their cute baby boy, A.G.’s time for bike rides became limited. In fact, the first thing that he told us when we met him was “marunong pa pala ako mag-bike.”

“When my wife gave birth, hindi muna ako naka-ride kasi I had to stay at home. Kaya ngayon na lang ulit ako lumabas, una napagbigyan ni misis,” he said. “The other time that I was out was two weeks ago for my birthday. Dumaan lang ako ng simbahan at nag-kape rin.”

A.G. told us that the longest time that he hasn’t been on the saddle was two months. But for him, not riding a bicycle is just easy because he’d rather spend his time with his son.

Aside from not being with friends when they invite him for weekend bike trips, A.G. noticed that the biggest change was the way he rides his bicycle. He admitted that he now bikes slower and doesn’t cut anyone on the road anymore, among others.

“I have to be doble careful, especially when I’m on the road kasi if anything happens to me, what’s going to happen to my family? It’s on the back of my head,” he told us.

It was a Sunday when we took A.G.’s portraits, he told us that he was so glad that he managed to take his bicycle for a longer spin. He went to the mall to do errands for his wife and visited a pop-up coffee shop.

Even though he’s glad because it was bike day, he can’t help but think about his family at home. He wanted to take them outside because they’re practically stuck at home most of the time, especially his wife, during the pandemic.

What’s the bike dream? It’s for A.G. to ride a bike with his family all the way from Manila to Antique, his wife’s province. What’s cool is that these parents have already planned it out and A.G. has finished mapping out their route.