The idea of opening a shop started when he bought a Japanese bicycle after selling his two enduro bikes. It was something that he and his family used for commutes and going around the city. 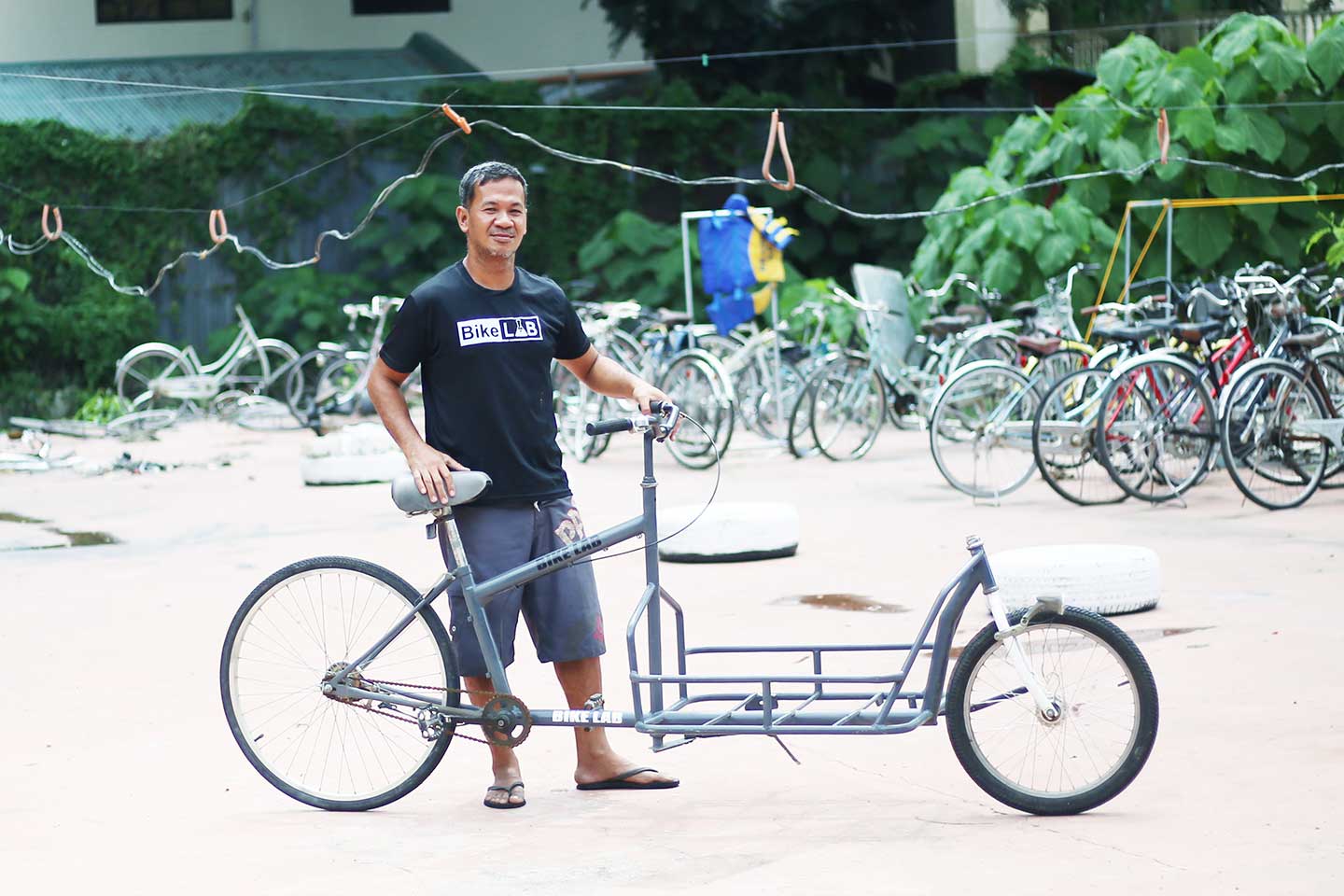 William Garcia is one of the many Filipinos who was hit hard by the pandemic. He used to work as a project manager in Guimaras for a bicycle company, something he was enjoying before the lockdown. However, due to Covid-19 restrictions, he was forced to go back to Iloilo City because his job stopped operations.

In order for him and his family to survive, he decided to let his two enduro bikes go — selling them for less than half of their prices. Using some of the money he got from the sale and through the help of some friends, he opened a bike shop that he called “Bike Lab.”

The idea of opening a shop started when he bought a Japanese bicycle after selling his two enduro bikes. It was something that he and his family used for commutes and going around the city.

Then one day, a person asked him where he could buy the same Japanese vehicle that he was using. William suddenly realized that these bicycles would be a hit in Iloilo.

For his trial run, he shipped seventy Japanese bicycles. In a span of one week, everything got sold out. Business became good and he continued ordering more to cater for the demands of this cycling city.

Those who are interested can rent a bicycle from Bike Lab for 40 pesos an hour. Whole day fee, which covers from 6am to 6pm, costs 250 pesos.

William has seen how bicycles can be a great help for the city, the environment and for one’s health. That’s probably why he continued to find work around bicycles and carried on with improving his craft in this industry.

Six years ago, the bike shop owner decided to shift to cycling as his main mode of transportation by selling his two motorbikes. Back then, he was still working in Guimaras and realized that a bicycle was enough for his needs.

Now, William advocates cycling and does many things to help more individuals get into bikes. He used to conduct bike clinics where he teaches people to learn how to ride a bike and organizes bike rides and tours to encourage more people to get into this lifestyle.

Aside from being busy managing his shop, William is currently working on a cargo bike that is soon to be finished. His passion for bicycles go beyond leisure as he wants to create his own version of this sustainable transport.

If you’re interested in renting a bike in Iloilo City, you may visit the Bike Lab along Luna Street. He’s also renting his kayaks too! Follow Bike Lab’s Facebook page to be updated with their tours, rides and other activities.