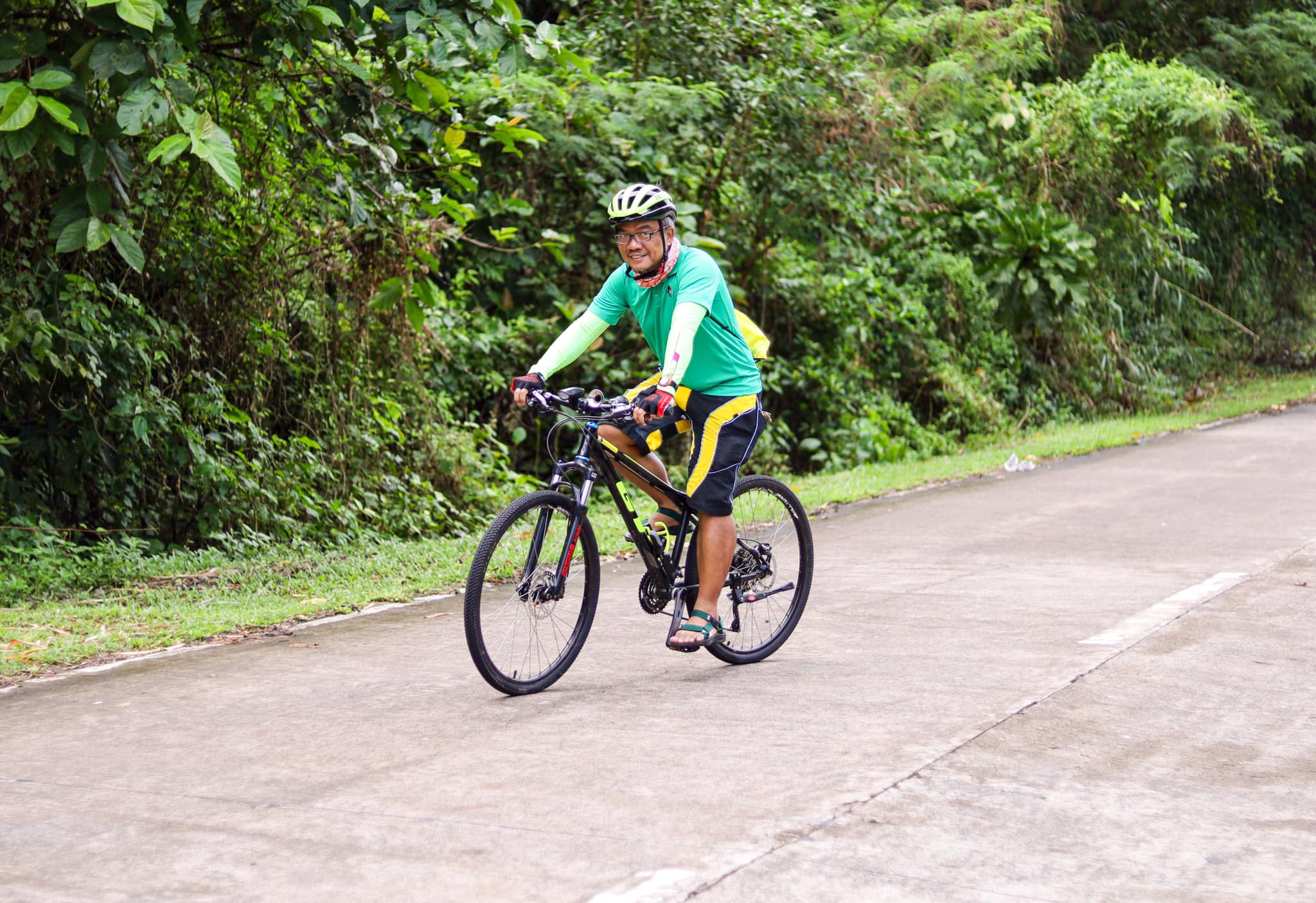 The quarantine made many people rekindle their love for bicycles, it’s something that this writer from Lucban can relate to. He got hooked with cycling so much during this lockdown period that he now has five bikes at home.

Joselito “Jowie” delos Reyes was kept within the limits of Quezon province during the beginning of the nationwide quarantine. He was confined in Lucban, thinking that he could explore and discover more things in his hometown.

Before the pandemic, this writer only has one bicycle. Now, he has five. His first bike is a hybrid type that he uses for errands. He then purchased two MTBs – a GT mountain bike with smaller wheels that he often uses for rides with smoother roads and a Giant that is suitable for more aggressive trails.

He told us that when he first used his hybrid bike for a trail ride, he felt sorry for the bicycle after the trip. That’s why he got something that would cater to different terrains.

The idea behind getting two MTBs was to find what’s best for him and eventually sell the inferior bike. It has been months since his purchase and we asked him why he is still not letting one bicycle go.

“Dahil gusto ko pa pareho,” he replied and then laughed.

There was another laughter after disclosing that he eventually acquired two more: he wanted the color of the fourth ride and he bought the fifth bicycle because he wanted to try a medium-sized bike.

“Tapos pwedeng mang-hiram kapag may tropang pupunta sa Lucban na walang bisikleta,” he said. We love that! It’s a friendly deed to introduce non-bikers to the beautiful world of cycling.

Now that Lucban is open to tourists, with the requirement of everyone practicing the prescribed health protocols, he tries to invite friends to cycle around Quezon.

Jowie bikes twice a week, short rides every Friday while he does long trips (50 to 100 kms) on Sundays. Aside from that, he bikes when he needs to buy essentials from the market or whenever his wife and kids need something outside home.

When he’s not cycling, Jowie is busy with book projects and teaching. He’s also the coordinator of University of Santo Tomas’ Creative Writing program. He writes for Rappler too. After saying these, he sighed because he remembered his deadlines and upcoming meetings.

What’s his short-term bike goals? It’s still about exploring Quezon because there’s really a lot of beautiful and challenging routes in this province.