April Luistro: learning to bike as an adult is a milestone

“We were able to see Singapore through a different lens. Pre-pandemic, whenever we go from point A to point B, we only booked Grab. It was only through cycling that we learned that the places are much nearer than we thought." 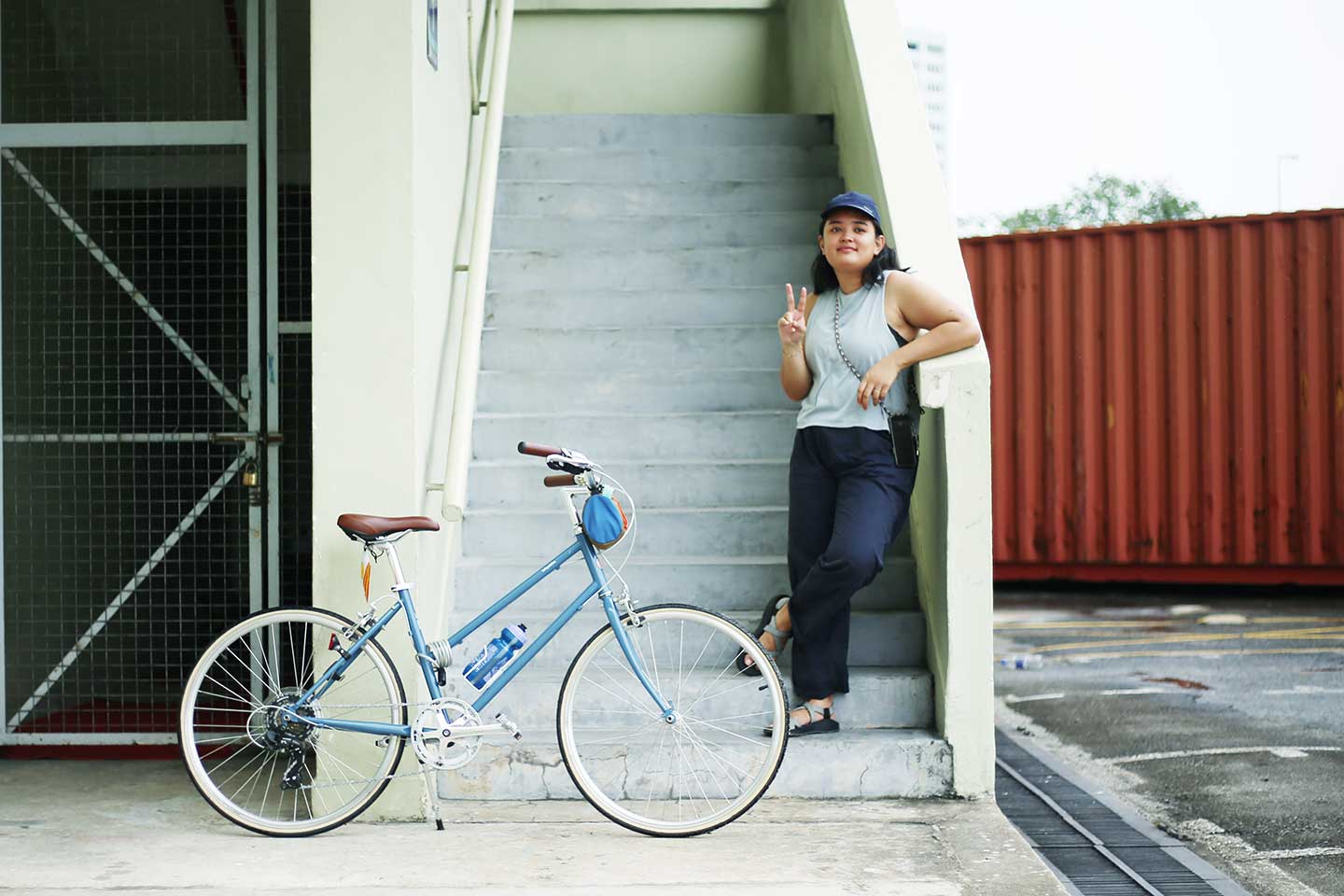 There was a point in her life where she gave up and resigned to the fact that she’ll never be able to learn how to ride a bike.

During her teenage years, April Luistro got frustrated because she could never learn how to balance on two wheels. After more than a decade, she made another attempt at learning and got back on the saddle. She succeeded.

“It’s a milestone. It’s a very big accomplishment when I was able to cycle,” April told First Bike Ride. “I only picked up cycling during the pandemic and the reason why I started picking it up is because Patrick cycles a lot and I think it became our escape because everything was closed.”

She added, “We used to go to a lot of live gigs and events but because none existed, we kind of tried to look for other means to experience the outdoors. I had this FOMO because he started cycling and he was always outside while I stayed at home.”

It’s really helpful when you have someone to help and encourage you when you’re starting to ride a bike — in April’s case, it’s her boyfriend Patrick Elicaño. Well, the urge of going out and exploring places also helped in this cyclist’s motivation.

April learned how to cycle by using one of Singapore’s bike-sharing apps. There are plenty of bicycles to rent around the city state and since she didn’t have her own bicycle at that time, it was convenient for her to rent one anywhere. She recalled that she finally learned how to balance in Tiong Bahru, a neighborhood that’s a couple of subway stations from where she lives.

Where’s her first bike ride? Right after learning how to balance, she went straight to IKEA- Alexandra from Tiong Bahru, which is more or less 3 kilometers.

She finally learned in May 2021 and since then, she’s been exploring Singapore as an escape from the stress brought by the pandemic and as a breathing space from work. April, who works as a creative strategist, also realized that the bicycle made her re-discover the country.

“We were able to see Singapore through a different lens. Pre-pandemic, Pat and I, whenever we go from point A to point B, we only booked Grab. It was only through cycling that we learned that the places are much nearer than we thought,” she said. “It seems like we became tourists again. We visited places that we haven’t gone for a long time or haven’t been to in Singapore. We’ve lived here a long time.”

Recently, the couple went back to the Philippines and rented bikes in La Union and Bantayan Island. April says she wants to ride a bike in Metro Manila the next time she visits the country and hopefully meet the vibrant cyclists from the city’s cycling community.

April enjoys the no-frills and laidback lifestyle. That’s why she’s already happy exploring coffee shops and parks in Singapore or doing early morning bike rides (after finishing work) to relax and bike around the city when there are less cars on the road.

Asked about her favorite cycling destinations in Singapore, the creative strategist answered, “I like Labrador Park. We also always cycle at the Promenade, before Marina Bay Sands because there’s a corner where we hangout. We will buy dinner, we’d sit there and eat because at night it’s quite breezy and on weekdays it’s quiet.”