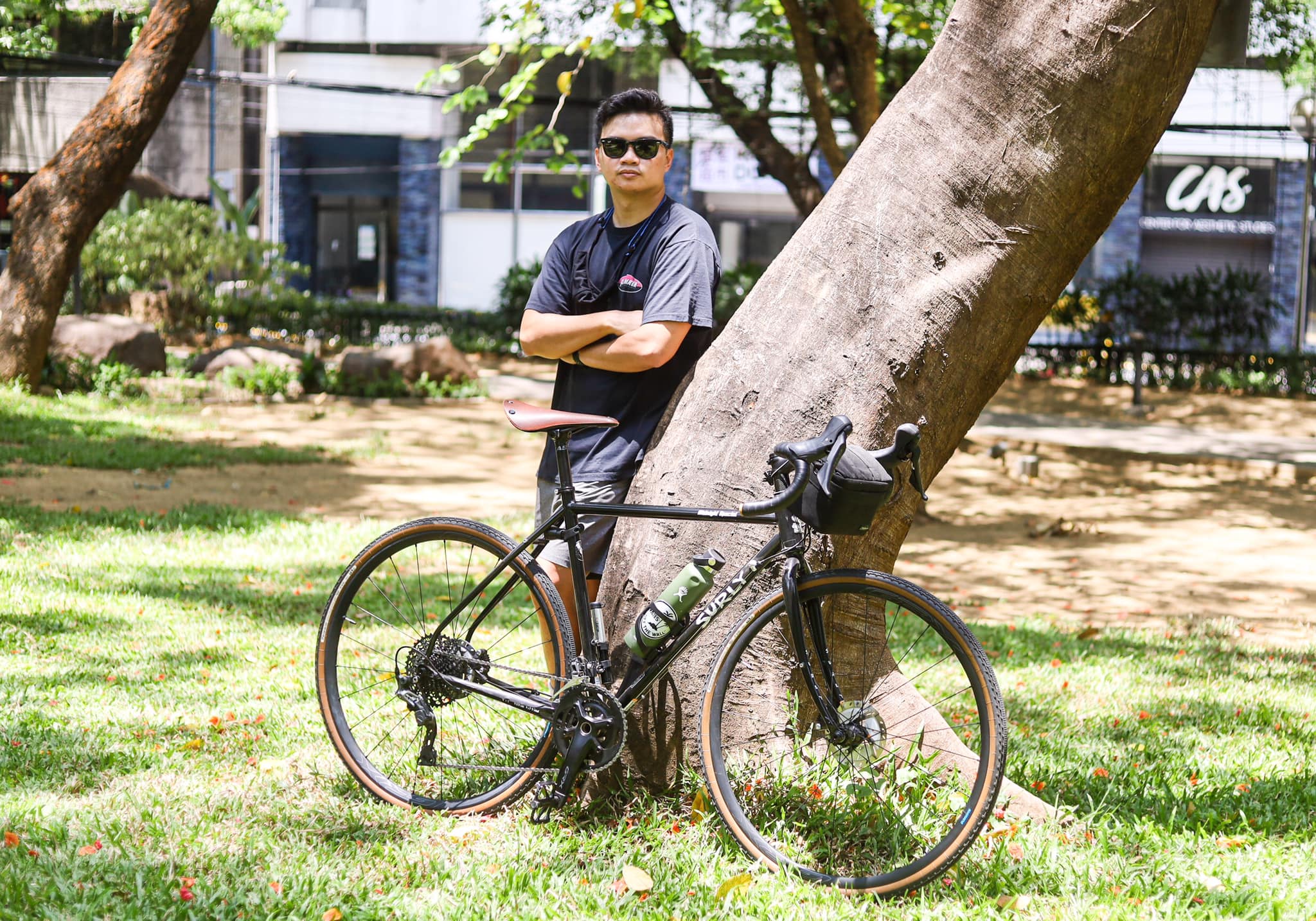 Cycling, pets and support from the love of your life: three things that help ease anxiety in these times when outdoor activities are difficult.

Sorelle Averia told us that it gets really difficult when he’s hit by anxiety attacks—some things seem to go around his head, it’s suffocating and he feels tormented. Good thing, thanks to bicycles, pets and his girlfriend Nadine Layon, he can manage his situations better and easier.

Back when he was still living in the United States, Sorelle had been diagnosed with chronic depression and anxiety. He said that he’s taking meds but he much prefers the other advice of his therapist of having an active lifestyle as a remedy to his problem.

“I was diagnosed in 2016. And I was undergoing therapy. I was taking meds but I hated it, I felt groggy and I felt tired,” he said. “What really helped me through those times of self doubt and paranoia was having an active lifestyle. It is because it was a natural medication, it was like a natural Zanax, in my opinion.”

He added, “As long as you’re active and you keep yourself occupied, you’re going to be okay. When I moved here, I tried to have an active lifestyle. I went to the gym and I run just to occupy my head.”

The doubts of the future worried this guy. After working as a bartender and a freelance photographer in the States, he wanted to shift his career in the field of moving pictures. He’s good at it. We saw his works and we’re really amazed with his skills.

However, the pandemic occurred and going outdoors became difficult. The community quarantine didn’t help with his situation with anxiety.

“I became stuck at home and then all of my anxiety came crawling back in. It was really bad, really really bad,” he mentioned. “And then there’s a moment when I really need to go back doing something, I need to go back sweating, being active so I can control these emotions.”

And biking came into the picture. Sorelle saw that there were a lot of people getting on their bikes and he wanted to try it too. This pandemic, cycling is recommended as a safer alternative to indoor gyms and other active activities.

So he did his research. He thought of getting a gravel bike because he read that it’s the best one for Manila’s roads. It was hard to get a Surly last year but he luckily scored a black Midnight Special that works perfect for him.

Like many other people who really got their interests into cycling, Sorelle learned about other bikes and got inclined into vintage bikes. After a few months of biking and getting influenced by friends that he met, this cyclist managed to purchase an awesome classic bike last December.

And then this March, he saw a beautiful red Bridgestone Atlantis online. It was a bike that was kinda difficult to get nowadays so when the opportunity came, he bought it. Well, apart from these three gorgeous bikes, there’s still one more frame in his possession. It is hidden, waiting to be built.

But of course, he’s not just collecting bikes. He rides them. He’s been to Calatagan, Boso-Boso, Kaybiang and around the metropolis. His dream? Perhaps tour the northern Philippines from Manila by bike someday.

“It’s not really an understatement but biking kinda saved my life during this pandemic. Medyo na-level ako with biking and mas controlled ‘yung anxiety ko. I’m thankful,” he said. “It’s almost to that point when I’m suffering the attacks at home that I had to sit through it and if Nadine wasn’t by my side, I don’t know what would happen in the middle of those attacks.”

Right now, the biker admits that he doesn’t get to ride often unlike in 2020 and earlier this year. It’s because he just got a puppy that he truly loves. In fact, the dog named Borgie is Sorelle’s emotional support animal that helps him with his anxiety and depression. Apart from that, he also has two cats.

“We don’t bike often just because of the dog. We’ve gotten a puppy and we don’t wanna leave him alone yet,” Sorelle told us.