This partially sighted bike commuter is satisfied with his life, selling plants

People like Amado are traveling our streets with a bicycle because they only have limited options and they need to move. It reminded us that those who are bigger — those who have machines that can injure people — need to be more responsible on the road. 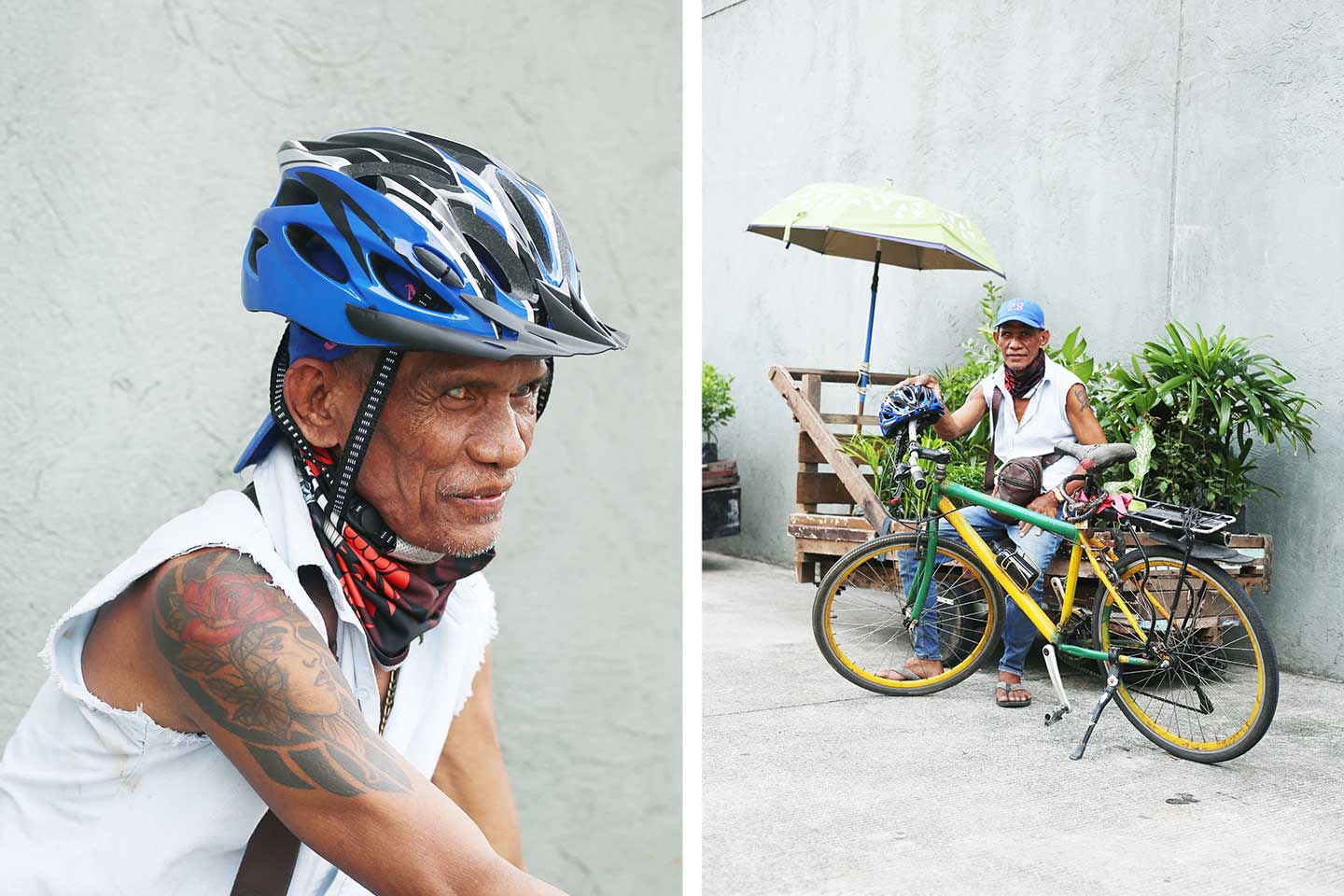 Amado Alcaraz couldn’t see with his right eye so he was really careful as he rode his bicycle to his push cart parked along Maria Clara Street in Quezon City. He came from his house and went back to his work station because his brother needed help in arranging the plants that they’ll be selling the next day.

According to this cyclist, he got injured back when he was still a teenager. He’s now 62 years old, peddling plants around Sampaloc.

That’s probably why he kept on saying that he doesn’t need a helmet when he’s cycling because he’s just a slow cyclist. He mentioned that he’s already used to the roads of Metro Manila since he’s been cycling for a long time now. We gave him a helmet that came from the donation drive that we had a few months back.

He’s really careful on the road. We saw him cycling at the edge of the street, a place that’s not really comfortable for biking. Amado recalled that he figured in an accident once but he’s glad that it was nothing big, only a broken wheel.

People like Amado are traveling our streets with a bicycle because they only have limited options and they need to move. It reminded us that those who are bigger — those who have machines that can injure people — need to be more responsible on the road.

He’s really proud of the bicycle that he uses. Despite its squeaking parts, Amado said that his bicycle is really reliable. He uses it for short rides, anyway, aside from running errands in farther places.

The bicycle is an essential possession of Amado because he saves money from it. He refrains from paying for commutes. As someone who walks with a cart, peddling plants for more than 10 kilometers a day, he quipped that he prefers biking than walking because it’s faster.

He’s been working as a peddler for almost 40 years now. His affinity for soil and plants can be traced to his dad who loved planting back when they were still living in Quezon Province. Amado likes his job, he only wishes to have a decent daily income that could suffice his needs.

With the rise of the plantito and plantitas during the pandemic, we thought that business became good for Amado. He said that during the popularity of plants during the early months of the community quarantine, his clients declined because almost everyone was buying plants online. And that’s something that he can’t do.

But now, things have been getting better. He said that his income has slowly bounced back to pre-pandemic times — although it’s not as big compared to what he earned 20 years ago.

This senior citizen lives alone in Quezon City. His kids have their own families and he said that he’s been separated from his wife for a long time now. This guy said that his children invited him to retire in the province but he declined the offer.

Why? He said that he’s used to working and doesn’t want to do anything in the province. At least here in the city, he has plants to sell. He’s still strong, anyway, he said.

Amado has a very positive outlook in life and he’s very satisfied with his current situation. As he looked back on his 62 years of existence, this man said that he’s happy.