A bicycle for a work milestone

It’s not a bad choice for his work milestone. His gray classic bike has a character, people really check its details—the old stickers, the Nitto stem, Continental tires and the frame’s peeled-off paint. 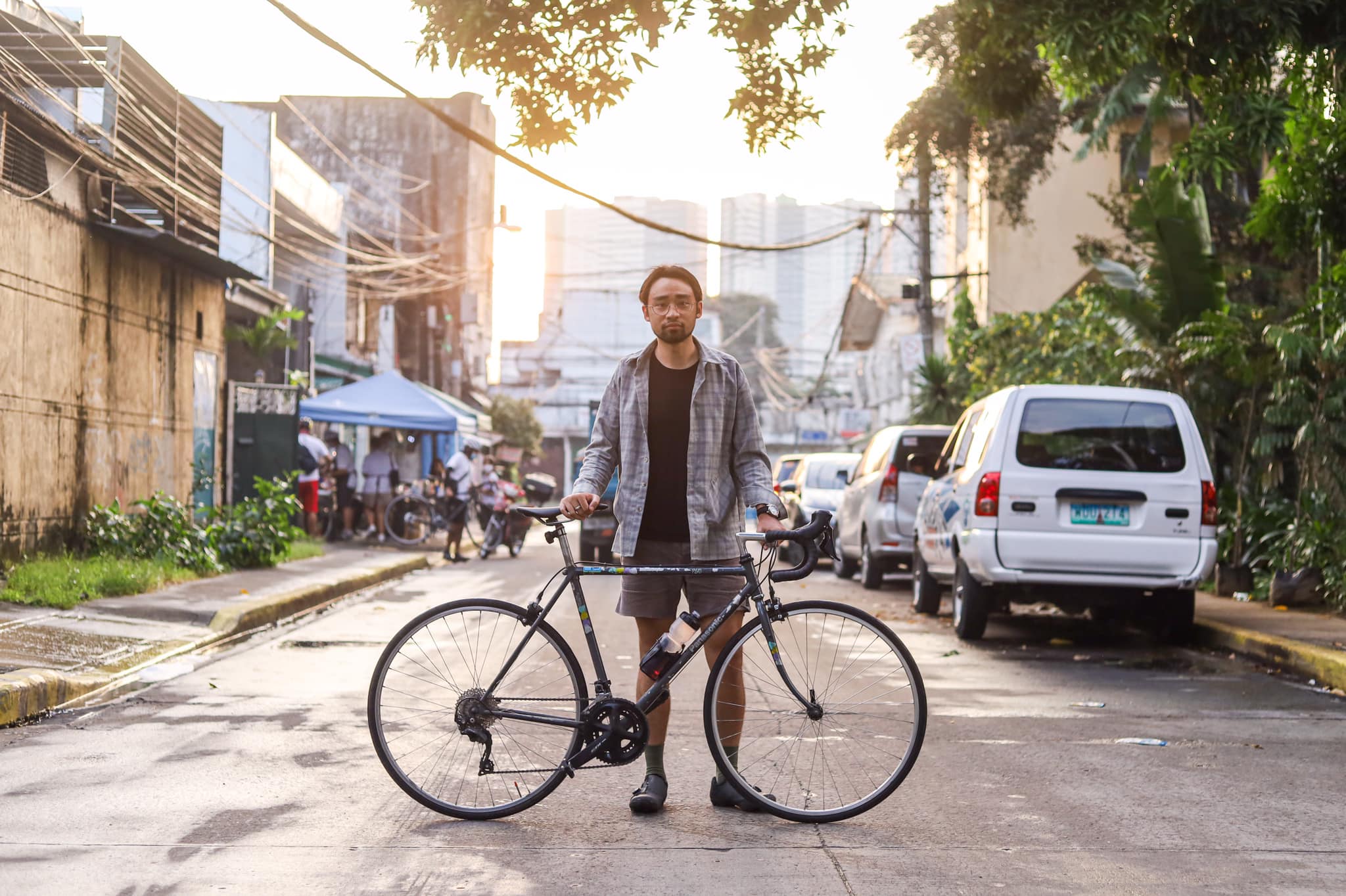 What’s the best gift for yourself for a work milestone? Perhaps a bicycle.

James Lontoc has bookmarked a retro Panasonic bicycle on Facebook marketplace for a long time because he didn’t have a good reason to purchase it. He already has a road bike, anyway.

It’s not a bad choice for his work milestone. His gray classic bike has a character, people really check its details—the old stickers, the Nitto stem, Continental tires and the frame’s peeled-off paint.

For some reason, James recalled, the Panasonic bike spoke out to him. Aside from its size that happened to fit him perfectly, that’s the brand of his bicycle when he was cycling during a memorable trip in Japan.

Our biker here loves to ride a bike even when he’s overseas.

“Biking is the best way to see a city when you are touring it kasi you can reach so many places at your own pace. I’ve biked in Singapore and Japan–Tokyo, Osaka, Kyoto and Nara,” he said.

He loves riding the streets of Metro Manila. However, James doesn’t limit himself in the comforts of his neighborhood (Pasig/Makati area) because he also loves exploring nearby provinces too. He has been to Bulacan, Tagaytay and Rizal.

We’ve been following James’ cycling activities for quite some time now and his weekend rides were awesome. Well… we can tell that he’s fast and strong!

It’s not surprising that he’s very athletic. Growing up in Baguio, he and his brother were into sports. He used to regularly run, workout and play basketball.

James wants to go back to his hometown in Baguio and ride further north, maybe to Sagada. He also has this dream of participating someday in an Audax, a long-distance cycling event that is time-limited.