45 years of cycling and the goal of exercising for life 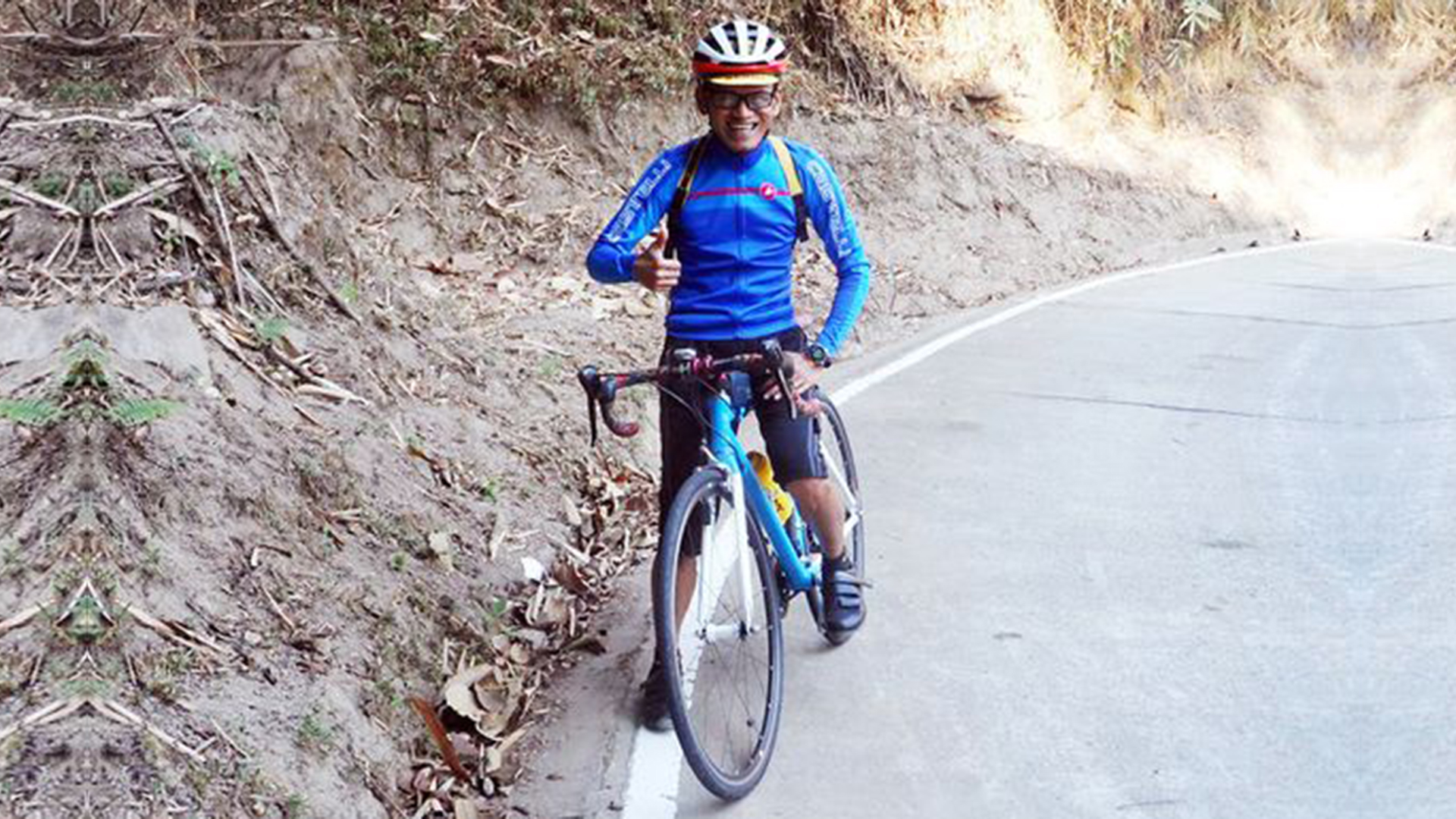 First Bike Ride asked a question last month: what’s your healthy habit? One of the replies that we got was from experienced cyclist Resty Refuerzo from Baguio City. He said that he’s been doing exercise cycling since 1975.

Woah, that’s 45 years! He told us that his goal is to exercise for life. Instantly, he became one of our cycling inspirations.

This cool biker loves to read and it’s from reading articles where he got the idea of riding a bicycle.

“Back in the days, we associated then-called racer bikes with competition. During the mid-70’s, I read about an American journalist who cycled across the USA which opened my eyes that ‘racer’ bikes can also be used by average people,” he told First Bike Ride. “Also during that time in the Philippines, Felice Sta. Maria started a short-lived cycling column in a sports magazine which focused more on touring than racing.”

Like a passionate enthusiast, he went through the different bike stages from leisure cycling to joining races, and now he’s doing it for fitness.

His goal is to exercise for life and he’s been consistent so far. Aside from biking, he’s also a runner. He’s been running since 1997.

After four decades and a half of cycling, Resty is still not resting. He’s actively riding in Baguio City and he continues to inspire more people.

We asked him, what’s the difference between riding a bike today and cycling during the 70s and 80s?

“I would have enjoyed cycling more if we had the gearing choice we have now,” he said. “Before, we only used a 5-speed, then 6, then 7-speed freewheel, those thread on types. Cranksets then were limited to a 52/40. Remember, I live in a mountainous area.”

So what’s our idol’s tip to the younger bikers out there?

“Read up on bicycling. Read the essays of ‘Lovely Bicycle.’ An activity is so much more enjoyable when you’re knowledgeable about it,” he said. “Do it for exercise, it’s an investment.”

“Siyempre, mag-ingat lagi. Do not forget the A’s of cycling safety: be alert, aware, attentive and anticipate situations that may occur. Ask yourself, ‘what if?’ and act accordingly,” he said as we close the conversation.