Here’s a delicious poison in Makati for your bike ride

The donuts reminded us of our grandmother in the province preparing breakfast and desserts for her favorite grandkids. It’s surprising because we never thought that these flavors would be good with fried bread. 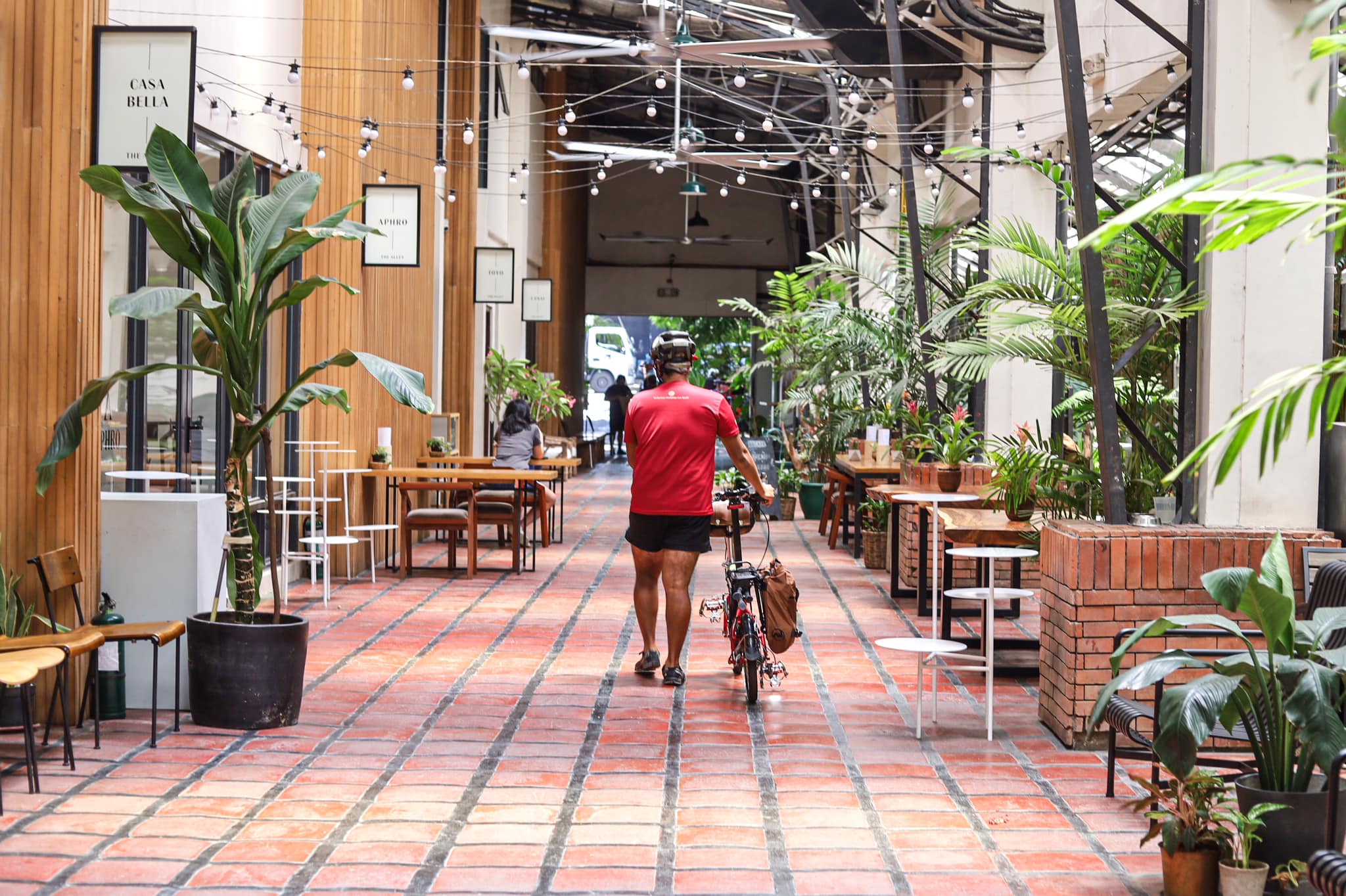 This is probably the best “poison” that you can have in Makati during your bike ride.

We were enjoying our morning coffee in Ayala’s Esteban Street in Makati when a group of enforcers started taking photos of cyclists, telling them that they need to squeeze their precious bicycles in the already-full nearby bike rack or lock it on the parking situated in the far end of the road where it’ll be left unattended.

Apparently, these officers view the bicycles as “hindi magandang tingnan” even though those bikes are gorgeous, some are even hard-to-find builds. If we were these bikers (who are also customers), we wouldn’t lock our rides on the other side of the street because there’s a chance that they might get stolen even if they’re chained. And we wouldn’t want to get any bicycle scratched in the fully-occupied bike rack.

That was a mood downer and we were hungry. We thought of ordering food in Legazpi or Salcedo but we don’t want any inconvenience from these enforcers so we just decided to move out of Ayala and go to The Alley at Karrivin in Chino Roces Avenue. It’s a short Makati bike ride, anyway.

It was the best decision of the day.

There is a shaded U-shaped bike rack, the best type of bicycle parking ever, just in front of The Alley and the guards allow small bicycles to enter the establishment, as long as you personally inform them.

It was 10 am on a Saturday and the only food shop that’s open that time was Poison Coffee & Doughnuts. We ordered champorado donut, mangga’t suman donut, Katsudon and a Gyudon takeaway.

“The rice is soft and firm tapos ‘yung sauce hits in the right spot. Matamis sa una then the flavors will just sink in,” Glenn said, describing his Katsudon. “‘Yung flavors ng sauce, onion and eggs are sobrang complementary to each other. It’s perfect.”

The donuts reminded us of our grandmother in the province preparing breakfast and desserts for her favorite grandkids. It’s surprising because we never thought that these flavors would be good with fried bread.

Rachel, one of our friends, liked the Gyudon particularly because of its saltiness that suits her taste—she noted that it was good even if eaten at home.

The Alley’s outdoor dining is really impressive because it has big ceiling fans and you are surrounded with plants. Plus, there are fat cats that you can adore while waiting for your orders.

Bike-friendly places like Karrivin is something that we really support because it encourages more people to bike. Its parking system and the concerned guards made us feel welcomed. Cyclists, who are also paying customers, love supporting businesses and establishments like this.

And being bike-friendly is not just for its patrons but also for the employees that work there.

One of Poison Coffee & Doughnuts’ employees asked us for our recommendations about folding bicycles. Apparently, he wants to buy one because he realized that parking tickets are costly. “Libre naman parking ng bike dito,” he told us.

Additional: When bike racks are full, we’d choose to park our bicycle on an empty space in the street as long as it would not obstruct or inconvenience anyone. Since bicycles don’t occupy much space and can be moved quickly, we can easily transfer if needed.

The city rule which is pretty much shooing away customers on bicycles who can’t be accommodated by the bike rack is disappointing considering that businesses struggle this pandemic, that empty parking slots are unproductively left unoccupied and no cyclist and their bike can use it even if they pay.

The rule which also affects non-customers like those cyclists who work to make the city effective and running.

To be fair, bikes in Ayala are relatively free to park in these empty slots during Sundays and holidays. But strictly not on a weekday and Saturday.