It’s quite a game-changer in terms of city riding. The Diido D4S from Popcycle Ebike Center is convenient, easy and very comfortable. 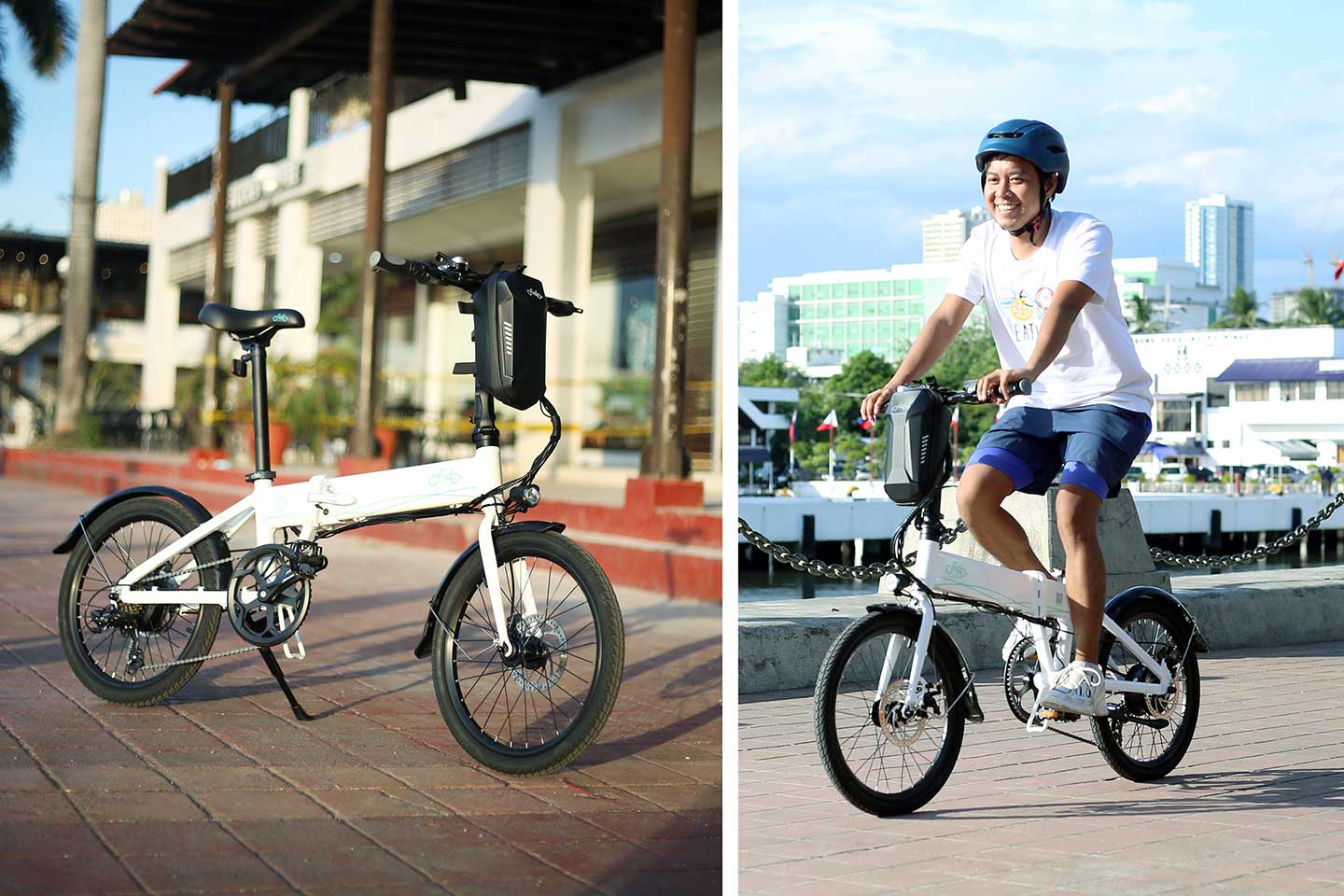 When I arrived home in Manila from Pasay after a day of trying out the Fiido D4S Folding Sport Electric bike from Popcycle Ebike Center for the first time, my initial thoughts about the ride was “wow, I did not get tired!”

The Fiido D4S was pretty comfortable to ride. Even though it weighs 18 kilograms, it’s very easy to maneuver if you’re on pedal assist or in full throttle mode. The trip was reasonably effortless, considering that I was cycling under the sun and traversing the uneven roads of Manila.

The user of this electric bicycle can choose among the vehicle’s three modes of riding: the assisted system, the throttle and the manual pedaling.

During my ride, I mostly used the pedal-assist mode where it felt like the wind was pushing me to go fast up to 25 kph every time I moved my legs forward. Riders can choose among three levels of the assisted system that suit their desired maximum speed.

Did I still use my legs in the assisted system? Yes, I still get to pedal but it’s way easier, especially during uphill slopes. The bicycle literally moves you for a few seconds even without doing any foot work. But watch out. For first timers, the sudden acceleration during the first few pushes can be quite a surprise.

However, if one wishes to just sit and drive, you can opt to use the throttle mode which is located on the right grip of the e-bicycle. Here, your speed is literally powered by the electric motor and the bike can dash up to 35kph.

I have to admit that I switch to the throttle mode whenever I feel like I need to speed up — overtaking other road users or trying to catch the green light. The momentum is a bit thrilling and safety precautions should be observed. Full disclosure, I was on automatic mode on the last few meters of my trip because it felt fun not doing much.

According to Popcycle Ebike Center’s website, the Fiido D4S can run up to 80 kilometers on full battery. But of course, the power quickly depletes when you’re mostly using the throttle mode. On my first e-bike ride, which is roughly 30 kilometers, I only spent one fifth of the bicycle’s stored energy.

I did try the manual mode but only for a brief period of time because the bike is quite heavy. This is convenient though, I should note. If you run out of battery in the middle of your trip, you’ll still be able to go home because you can literally pedal it like a regular bicycle. The Fiido D4S has six gears too, which can be helpful.

A few weeks ago, I did the Manila-Pasay route on my regular gravel bike and I arrived at my destination with sweaty clothes. Add to that, I got a bit exhausted. When I used the Fiido D4S, there was a bit of sweat but I believe that it was mainly due to the humidity.

The Fiido D4S is very convenient, it’s almost like you’re riding a motorcycle (minus the noise and smoke). What I like about it is that, like a regular bicycle, I can easily enter small streets and conveniently squeeze in between stopped cars, with the advantage of advancing in traffic during standstills.

The bicycle, given its form and limited gears, can still not match what other bicycles with more advantageous parts can offer. There are segments on my route when I believed that I could have gone faster if I was on my gravel and road bike.

Will I still use the Fiido D4S? Definitely. It’s quite a game-changer for me in terms of city riding. I’ll be doing more reviews of this electric bicycle here on First Bike Ride as I get to use it more in the coming weeks.

The Fiido D4S is available at Popcycle Ebike Center. They have branches in Quezon City and Taguig. Check them out on Facebook and Instagram or visit their website www.popcycleebikecenter.com.

Credits to Justin de Dios for some of the photos.