Trying Jollibee’s two new burgers: one is good, the other is boring 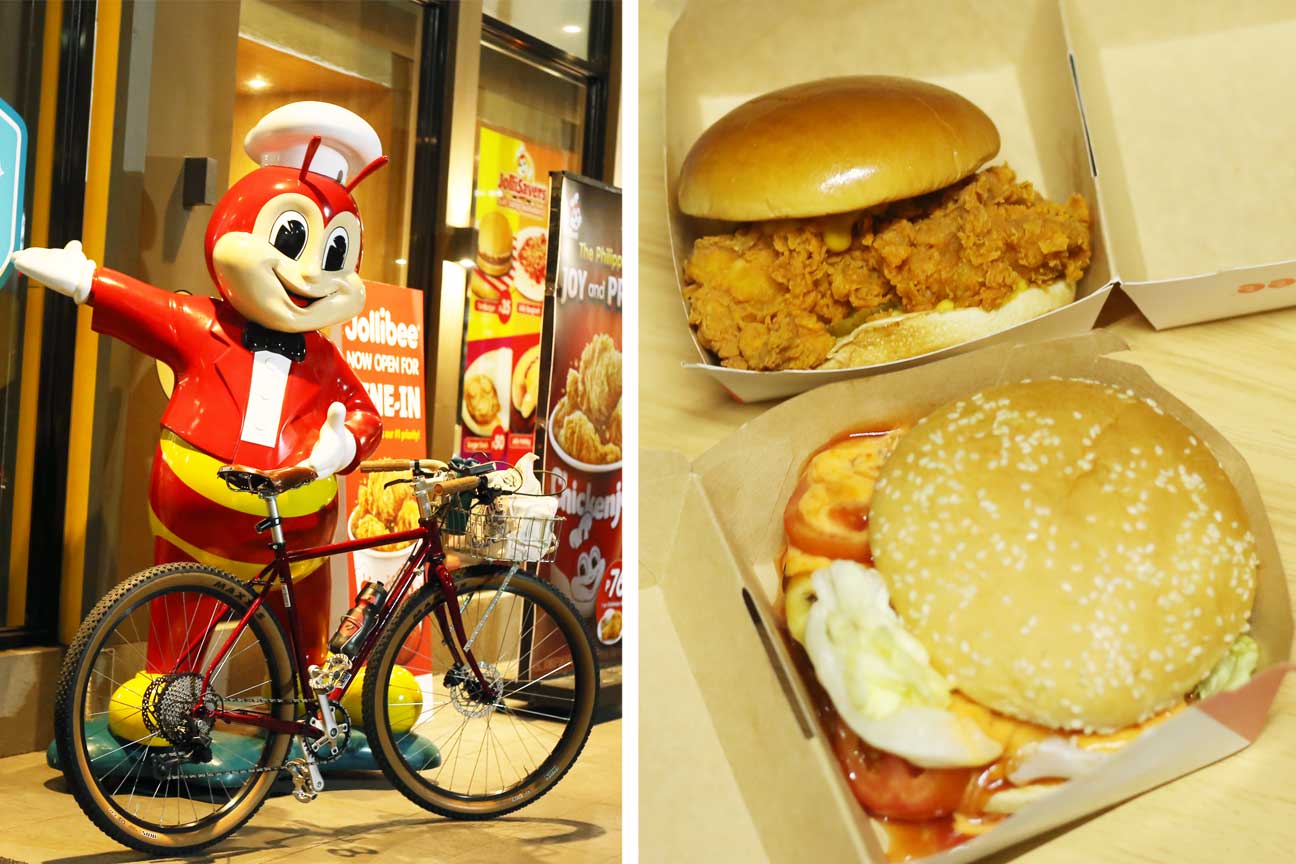 Friends have been uploading photos of the new burgers of Jollibee — the Chick’nwich and the Spicy Champ. That got us interested because people were really talking about it on social media. So I decided that I’m biking to satisfy my curiosity and my hungry tummy.

The Chick’nwich was just launched a few days ago while the Jollibee Spicy Champ was already on their menu since last month. I like the Jolly Hotdog but the Yum Burger is just okay, I’m not a fan of its smell that reeks inside an enclosed space, especially in a bus or a van.

Armed with my Wald Basket and tote bag, I went to the D. Tuazon branch. I opted for the drive thru lane because there was no proper bike parking there — although many of its employees cycle to work where they just lock their bicycles on the store’s railings. It was interesting that there was another random cyclist with me on the line ordering food.

I was really hungry and my brain was so tired. I came from a speaking engagement hosted by University of Santo Tomas’ Legal Management Society. The first burger that I tried was the Chick’nwich and it was the best decision that night.

The huge chicken gave a good first impression. Though after a second look, it seemed a bit simple and boring. However, the first bite was a winner. The touch of mustard, freshly cooked chicken and the soft bread was perfect. In no time, I finished the whole thing.

The staff told me that I had to wait ten to fifteen minutes for my Chick’nwich. Apparently, they cook the meat after a confirmed order. She told me that it’s because the burger will not be good if it’s not consumed immediately.

Well, the store from my house is a 10-minute bike ride and it’s still good. If there’s one suggestion I had to make for Chick’nwich, I hope they make a spicy version soon.

The next one that I tried was the Spicy Champ. When I opened the box, it looked ugly: it’s soggy, the dressing spilled, and the whole burger was flat. It’s simply not appealing at all. Well, I had to give it a chance.

After my first bite, I immediately felt an impressive level of spiciness. However, the next bites seem too tedious because it was squashy and the dressing, along with the other small ingredients, inevitably makes a mess.

Despite the splendid start, the burger felt too boring after a few bites. Unfortunately, I did not finish the burger. The good thing is that some of my family members wanted to try it so at least, no food was wasted.

For sure, other people have different experiences and tastes. But one thing’s for sure, I’m ordering another Chick’nwich soon.