An unexpected tourist attraction opens business for this bike mechanic

When we met Tyron, one cyclist was getting his flat tire repaired. Karl, the troubled biker, walked for more than a kilometer just to have his road bike fixed. 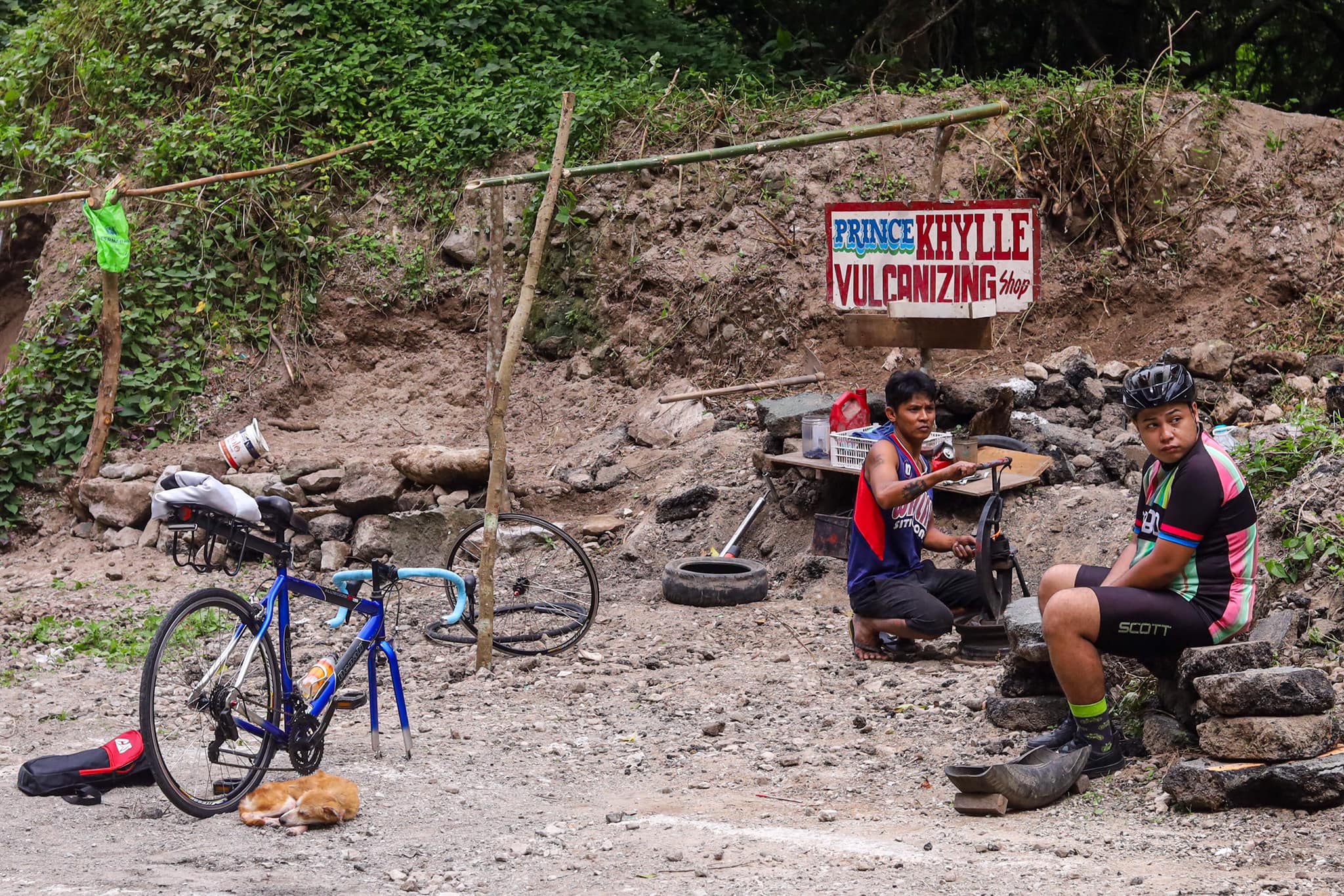 When you’re near Kaybiang tunnel and you got into bicycle trouble, worry no more because there’s a bike mechanic that might solve your problem.

Tyron Manaba decided to put up Prince Khylle vulcanizing shop near Kaybiang tunnel (a tunnel that connects Batangas and Cavite). He’s been working there for around a month and he said that business is doing well.

When we met Tyron, one cyclist was getting his flat tire repaired. Karl, the troubled biker, walked for more than a kilometer just to have his road bike fixed. That’s better than carrying his bicycle for more than ten kilometers until he reach town.

“May nagsabi naman sa akin na mayroong nagre-repair ng bike dito kaya buti na lang talaga,” Karl said. He was near the peak when his tire got punctured and he really needed help because he can’t fix his problem alone.

(Someone told me that there’s someone repairing bikes here so thank goodness.)

Apparently, Tyron is getting popular among cyclists and motorbike drivers who frequent the famous tunnel.

(It’s better here because I can help people like him who could have carried his bike down. I’m more expensive of only ten to twenty pesos compared to the normal shops below.)

He said that his busiest day is Sunday and even recalled that there was a time when there was a line of cyclists who needed bike repair.

Kaybiang tunnel is flocked by weekend warriors who wanted to have a thrilling ride along Nasugbu-Ternate Highway. It is also the longest subterranean road tunnel in the Philippines. The route might give leg pains to bikers but the view while riding compensates.

Please take note that Tyron only has limited tools and equipment unlike your trusted shops back home. However, he promises to do his best in repairing your bike.

It’s always best to check your gear before engaging in long and difficult rides. Make sure to bring tools and other needed spare parts to avoid inconvenience. Try to educate yourself with basic repairs too. You’ll never know what can happen with your bike while riding.