Visitors can check the available stores which sell Korean dishes, inihaws, simbang gabi delicacies, rice bowls, refreshing drinks and takoyaki, among others. When we visited, there was even a busker serenading the crowd. 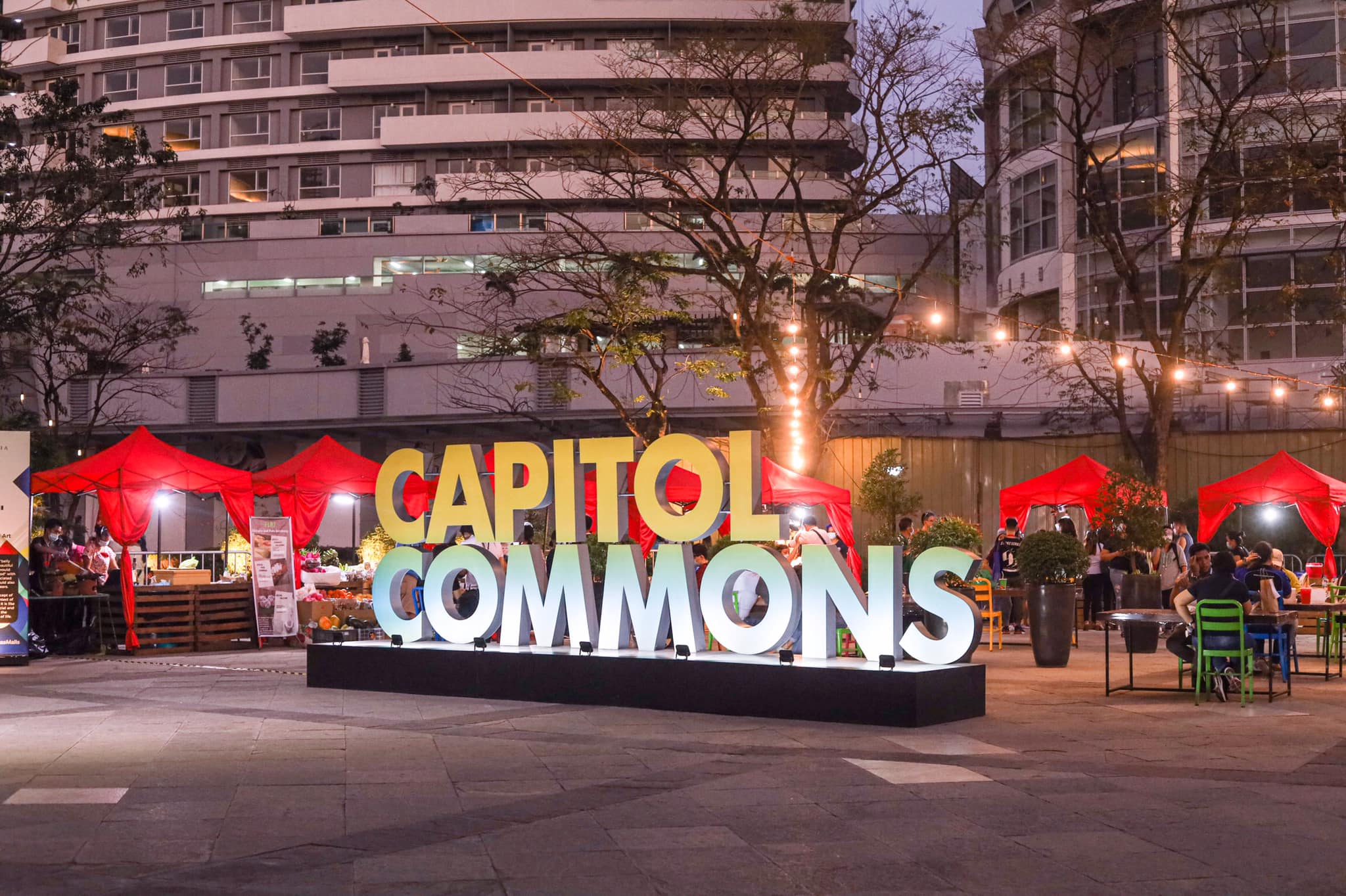 When we arrived at Capitol Commons today, we were greeted by many bike racks filled with bicycles.

It should be noted that it was quite difficult to find an available slot for our bicycles despite the numerous parking facilities, which we don’t mind because it proves the booming number of cyclists in the city.

What’s more awesome is that aside from locking your bikes to the parking racks, the security guards will then relock it with another chain for added security.

Dennis, a security guard assigned in the bike parking, told us that this added safety feature was an initiative of his group.

The chain of their bike parking is covered with foam so it wouldn’t scratch the parked bicycles.

Isn’t this extra work for Dennis and his co-workers?

The park was lovely and lively. There were lots of food stalls and people were enjoying the outdoors with their dogs and toys. People are also allowed to jog and bike.

We didn’t know that today was the opening of the weekend night market called “Capitol Commons After Sundown.” It was a pleasant surprise.

Of course, social distancing and other health protocols were observed—security guards, armed with a bike and megaphones, make sure that people follow the safety guidelines.

Visitors can check the available stores which sell Korean dishes, inihaws, simbang gabi delicacies, rice bowls, refreshing drinks and takoyaki, among others. When we visited, there was even a busker serenading the crowd.

Capitol Commons After Sundown is open every Friday to Sunday from 4pm to 10pm. It will run until March 28. It’s located in Capitol Commons Ortigas Center in Pasig City.