For sure, we like the content of popular cycling Filipino Youtubers like UnliAhon, Ger Victor and Aira Lopez, among others. But here are some of our recent favorites that cyclists, and even those who are not into biking, can enjoy. 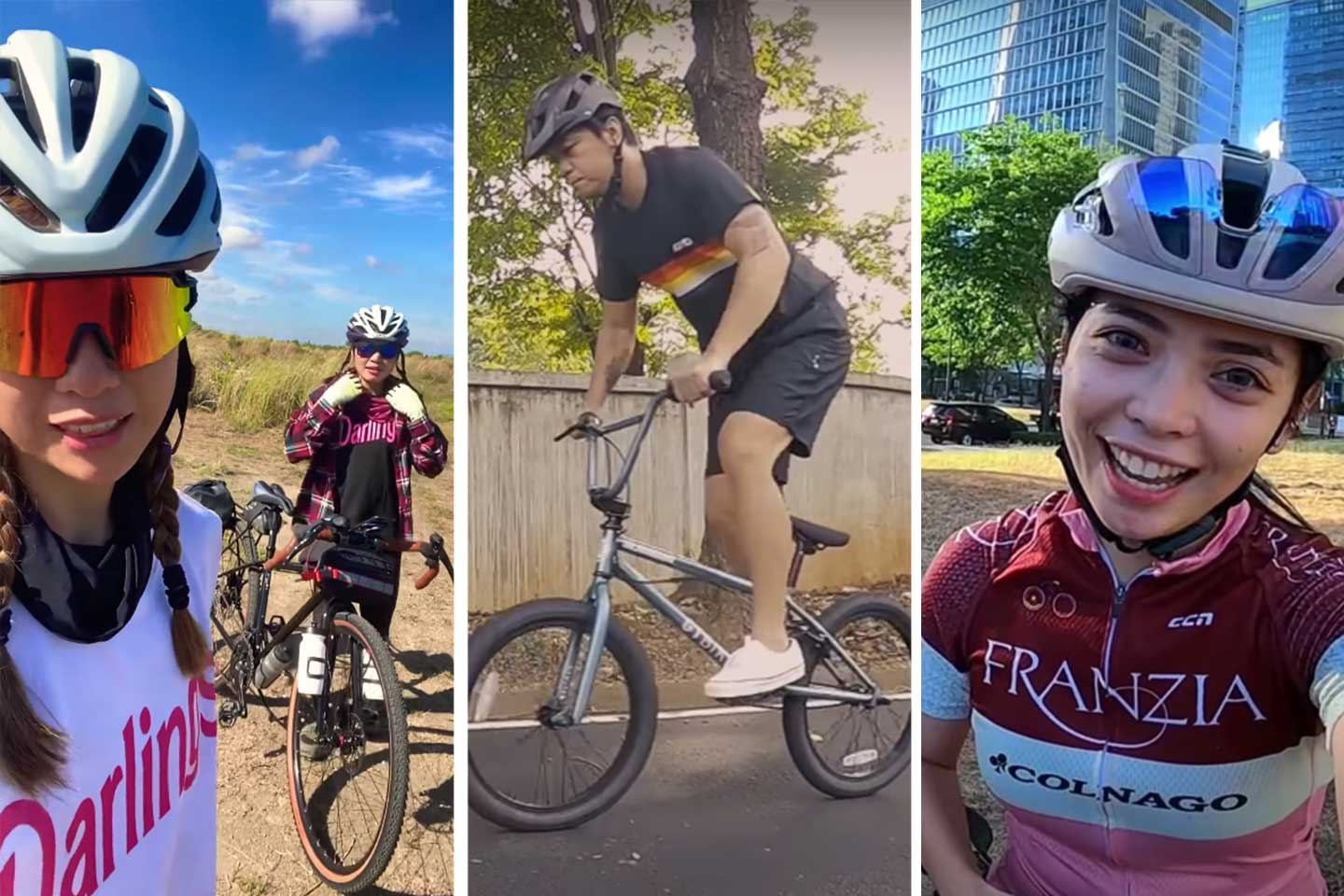 We gush over awesome bike content on social media and recently, we’ve been obsessing with pinoy cycling Youtube vlogs and videos. So we thought of recommending some of the local channels that we really enjoy.

For sure, we like the content of popular cycling Filipino Youtubers like UnliAhon, Ger Victor and Aira Lopez, among others. But here are some of our recent favorites that cyclists, and even those who are not into biking, can enjoy.

We’ve been amazed with Levi and Sara even before the duo started vlogging regularly and we should say that they’re really cool and pleasing — not to mention, they’re strength in the hard routes that they take are pretty inspiring too. They give relaxed content that will make you feel like you’re with them on their rides. Of course, since they’re a couple, you’ll see bits of endearinga and sweet moments too.

What we particularly like about their vlogs is that they take you to incredibly beautiful destinations with their bicycles, and most of it are not really the most popular cycling spots. Showcasing their lifestyle is also interesting too: they are an advocate of the LGBT community, they are vegetarians and they love the outdoors!

Oscar Nava has been in the film industry for a very long time and when he started riding a bike, it was not difficult for him to grab a camera and document his rides. Perhaps the most memorable video that he did was his epic Manila-Iloilo bike ride years ago. It was awesome that it got us inspired to cycle all the way to the islands.

There are a couple of rugged gravel adventures on his channel too. Now that we’re in a pandemic and travel restrictions are pretty limiting, he uploads videos to push his cycling advocacy and give tips on riding in the city.

We know these people very much because First Bike Ride presents their show. They’re a group of wacky cyclists who go around anywhere with their friends to take on crazy adventures and do random immersions. They do interviews too — some of their questions might be odd and weird but you see, it’s simply hilarious!

What they do is not your typical Pinoy cycling Youtube content. Expect a lot of dancing, explosions, talking cat and wild cooking shows, among others. In fact, they got an audience outside the biking community — even those who do not ride a bicycle. What’s the most amazing thing with Super Ultra Panks? It’s the incredible editing of Marti Salva aka Higad Pating that’s just premium.

Padyak Exploration, commonly known as PadEx, gives its audience a documentary-style kind of content that’s just too good. Most of their rides are bikepacking adventures and it makes us want to join them in their fun rides. Aside from the palatable visuals, what they produce are very educational too.

Among their numerous videos, perhaps our favorite is their trip to Mt. Malasya in Rizal. That’s 25 minutes of awesome cinematic content. We usually like watching PadEx videos on a weekend, particularly on a Sunday night before a weeklong work, to be inspired and look forward to an awesome weekend adventure.

“Eloi, everyone!” If you’re into the Philippine cycling loop, you might have heard of the name Eloiza Regaliza. She really has a good number of following and views, something that she truly deserves. She’s from the awesome Team Franzia and her content are mostly vlogs about her road bike adventures in interesting cycling destinations and routes.

Take note that she’s not just into speed and fun, she’s also advocating important causes! She’s very vocal on women issues, particularly harassment, and in pushing for road safety. Well, we also like that she puts effort in editing her clips, it’s such a pleasure watching her vlogs. She’s currently having 89.1k subscribers as of this writing and we want her to reach that 100k! Go, watch and subscribe.

Sandwich frontman Raymund Marasigan is now cycling and is now documenting his experiences while on a bike. We learned about his channel through Budol Buddy (Marlowe Apeles) and after his recommendation, we just binged watched and enjoyed the Youtube content of this vocalist. We had fun watching his rides in Montalban, Tukadon and Nuvali. Recently, he showcased how he managed to learn bunny hopping at the age of 50.

The name of his bike show is “ALLRYD.” Really cool, right? It’s very refreshing to watch someone who we used to see in concerts and hear on the radio is now enjoying bicycles. So it was awesome that there’s a mix of both on his channel. Sandwich made a song about cycling titled “Bisikleta.” And hey, there’s a video about his bandmates biking too.

Screenshot from the Youtube videos of Raymund Marasigan, Levi and Sara Cycles and Eloiza Regaliza