For this bike, I only want to trust one person and that’s my bike builder. 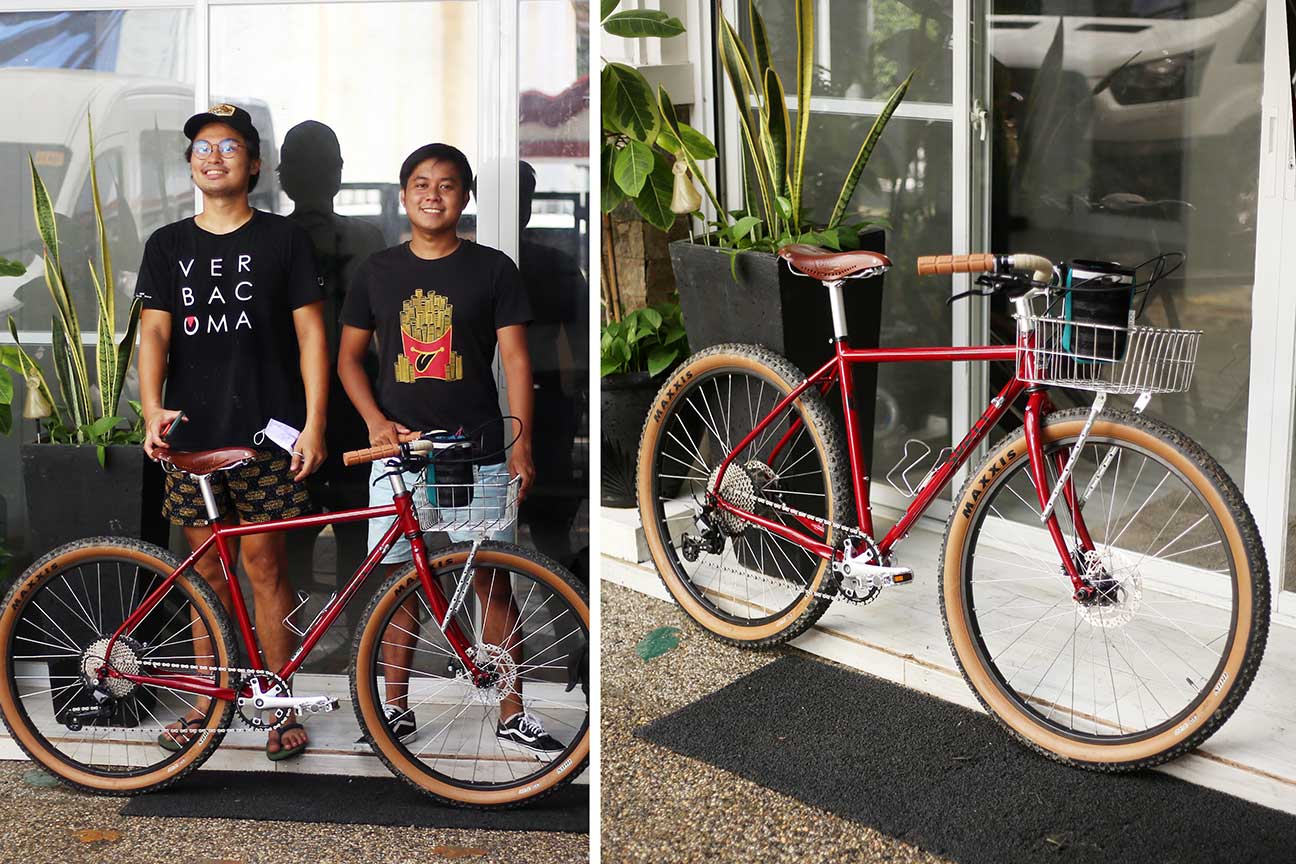 When I got my Surly Midnight Special frame last June from Bikezilla, I already told myself that I’ll be entrusting the build of this bicycle to Marlowe Apeles. He’s a cyclist who is very passionate about creating beautiful bikes — you can see his works at @budolbuddyph on Instagram.

After almost five months of my frame being hidden inside its big brown box, I told Marlowe that I’m ready to start working on my new bike and I wanted him to help me. As a noob with brands and quality parts, I needed someone to guide me.

Since I’m not familiar with how each component would connect smoothly and be finished with a pleasing appearance, I made Budol Buddy decide on the important parts of the bike like the brakes, crank, shifting and the engineering of how this vehicle would spin. I just had a major request: we need to keep this build a secret, even with our closest friends.

Even though it doesn’t seem like I’m the secretive kind, I’m a private person who doesn’t disclose everything to most people, including my best friends. Apart from my personal relationships, my tummy and things I do outside social media, I wanted to hide that I’m building a new bike until it’s already up and rolling. Perhaps it is because I’m trying to avoid getting more comments regarding the bicycle. You see, more opinions mean more time of thinking and I find it difficult to weigh suggestions since I still consider myself a newbie.

For this bike, I only want to trust one person and that’s my bike builder.

Here are my two other requests: I wanted the bike to be accented with silver and I don’t want a drop bar. I told Budol Buddy that we should stay away to the usual Midnight Special builds that one would usually see on social media, including those uploaded outside the Philippines.

Even if I left most of the decisions to Marlowe, the collaboration was still present. From time to time, he would message me and explain the parts that he’s planning to put on my bike, and will eventually ask if I’d agree — which I’d most likely accept because I believe in his choices. If he had recommendations that I’d refuse, he’ll be open about them and find a better alternatives.

Marlowe and I first met on a city ride earlier this year. I can still remember that morning when he was observing the parts of the bicycles of some cyclists in the group, appreciating the details of their bikes with interesting stories about brands and cycling. It was an unpretentious display of bicycle knowledge and there was joy from someone talking about something that he’s passionate about.

Back then, he was still not Budol Buddy. So when he eventually opened his Instagram account, which was initially just documenting his bike builds for friends and related contacts, I saw how meticulous and helpful he was to those who are unfamiliar with the technicalities of cycling. The “budol” part was present too: I would recognize in conversations how he’ll smoothly mention the best parts, which could be costly, that are suitable for one’s bicycle — of course, with him giving a disclaimer and consideration to one’s budget and availability of parts.

The “secret build” of my bike unexpectedly became a community build. Aside from sourcing some parts from Marti Salva, many people visited the “Budol house” on the day we’re assembling all the parts. It was a welcomed surprise, which resulted to a fun night.

Today, I finally took home the new bike. The color of the frame is predominantly red (Anne Curtis lipstick red, as a friend would describe it) and many would tell me that good-looking palettes for this dark shade are quite limited and difficult to achieve. I’m glad Marlowe suggested a cream accent to give it a visual balance.

In the middle of the build, I realized that the red and black frame suggests the colors of Super Ultra Panks (SUP). And upon looking at it, with the brown saddle and cream moustache bar, I imagined accessorizing the bicycle with light blue items so it would give the vibes of First Bike Ride’s (FBR) logo.

With that, since I’m one of the creators of SUP and the owner of FBR, the bike has become more personal to me.

Budol Buddy has exerted extra effort in working with my vehicle, something that I deeply appreciate. He took note of my riding position,my cycling activities and my goals when he was building the bike. Marlowe even let me have some parts from his shelves that he was reserving for his future personal builds.

Will I recommend him to others? Yes, 100 percent. My Midnight Special is a happy build.

We rode it today around his village for a good 20-minute spin just to test if it would work fine and he’d make adjustments should there be any problems. For me, that’s quality customer service. If I’m not mistaken, he’s doing this to almost all of his clients. In fact, he recently went up to La Union to deliver a bike and check if there will be necessary adjustments after the customer’s first bike ride.

I used my new bicycle from Antipolo to Manila and I was just smiling all throughout that 15-kilometer trip. I was like a kid again, to be honest. The ride was so comfortable, especially because I now have wider tires and the moustache bar gave me a more cozy riding position. The frame size is the right fit too. If it’s not yet obvious, I’m excited to use this.

Maybe because I’m very secretive, only a few people know that today is a special day for me. And being able to have the first bike ride with my new bicycle is perhaps the best birthday gift.